S.C. Mom Ended Up Getting Arrested for the Way She Dealt with Bullying at Her Son’s School 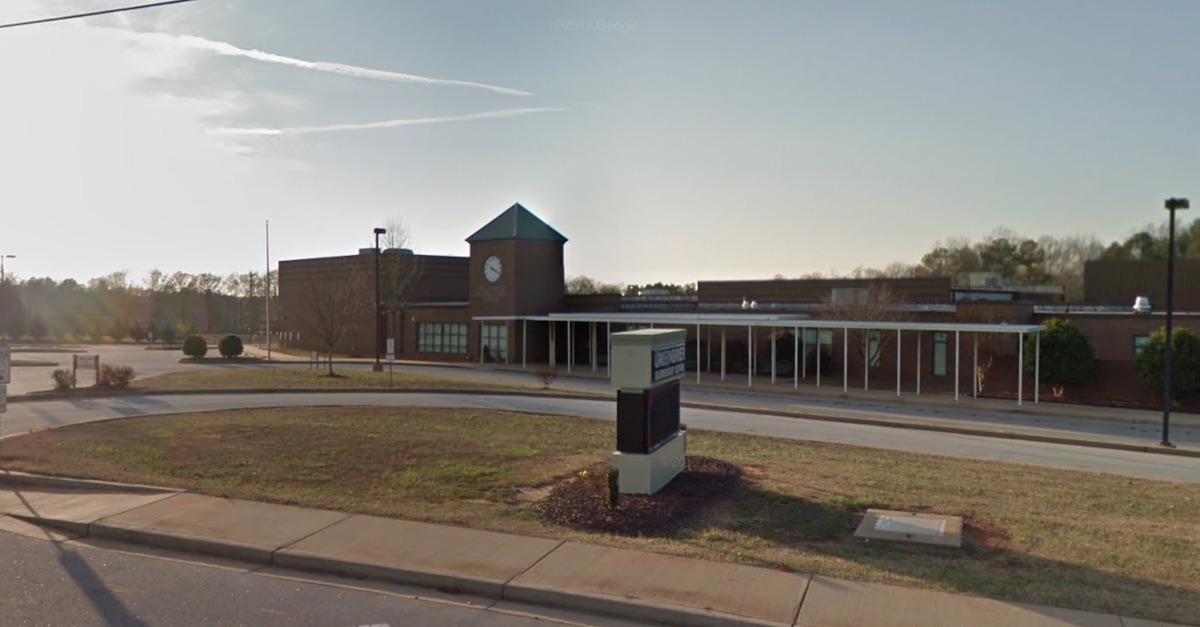 A South Carolina mom is “absolutely ashamed” of herself after storming into the Greenbrier Elementary School in May to confront the children she believed were bullying her son.

Jamie Rathburn said in an interview with the Greenville News that she owes “the parents, the children and the staff an apology for that.” She added, “it was wrong. But honestly, I don’t know how I could have gotten my message across any other way.”

A police report of the incident said Rathburn “snuck into the school and confronted kids that she estimated to be 9 years old” and that “she was not playing around and that they better stop messing with her kid.” The police became aware of the incident when Rathburn posted a Facebook video of her describing the incident.

The arrest report alleges that Rathburn “approached a class of third grade students that were seated in the hallway and began yelling at them while pointing her finger in a threatening manner.” She was arrested for interfering, disrupting or disturbing schools. Rathburn told the Greenville News that she regrets “allowing emotions to control” her actions.

Jamie Rathburn apologizes for how she handled her son's alleged bullies, but she remains frustrated with the @gcschools system's answers.https://t.co/PvH8UDYrpb #bullying

Rathburn was put on a trespass notice and is not allowed on any Greenville County school property.

“I can’t watch them on field day. As class mom, that’s devastating,” she said.

Rathburn showed emails to Greenville News that documented her attempts to address the bullying of her son. She alleged that the students started making fun of her son’s hair back in December. She said she sent the following email to the school at the time: “Picking becomes bullying really quickly nowadays, and I’ve taught my kids not to tolerate it, so before something transpires could you address it.”

Rathburn claimed that her son was continuously called names, pulled by his throat on a slide and hit with a computer. She said that her son had rough days about three times a week. Rathburn said that after one student made faces at her son, a teacher told the boy to “ignore him, stay away and be the bigger man, and I think it will stop.” Rathburn shared an email that said the teacher would be willing to speak to her if she had any further concerns.

Just before Rathburn barged into the school, she told school administrators that she might report the school for its failure to address the bullying. To address her concerns, the school separated her son from the other children on the playground so they could better monitor the situation.

Rathburn also said that she herself was the victim of bullying—which was so bad that she attempted suicide when she was 13-years-old.

“I was becoming a statistic because nobody listened to me,” Rathburn said. “I can’t let that happen to my child. I don’t know when I should be concerned about these issues, but I feel like it’s now because in five years it’s too late.”

Beth Brotherton, the director of communications for Greenville County Schools, told the Greenville News that Greenville County Schools received 1,884 anonymous telephone calls and email reports of bullying or threats between June 2016 and June 2019. Brian Sherman, assistant to the superintendent for the school district, said that he could not comment specifically on the Rathburn case, but he told the paper that determining whether bullying happens can be difficult to decipher, especially when kids provide alternative accounts of what happened.

He added that the school system does its best and is looking for ways to be better. “We have 91 schools,” Sherman said. “Most of our principals make 200 to 300 decisions a day. Anybody making 300 decisions a day will make mistakes.”