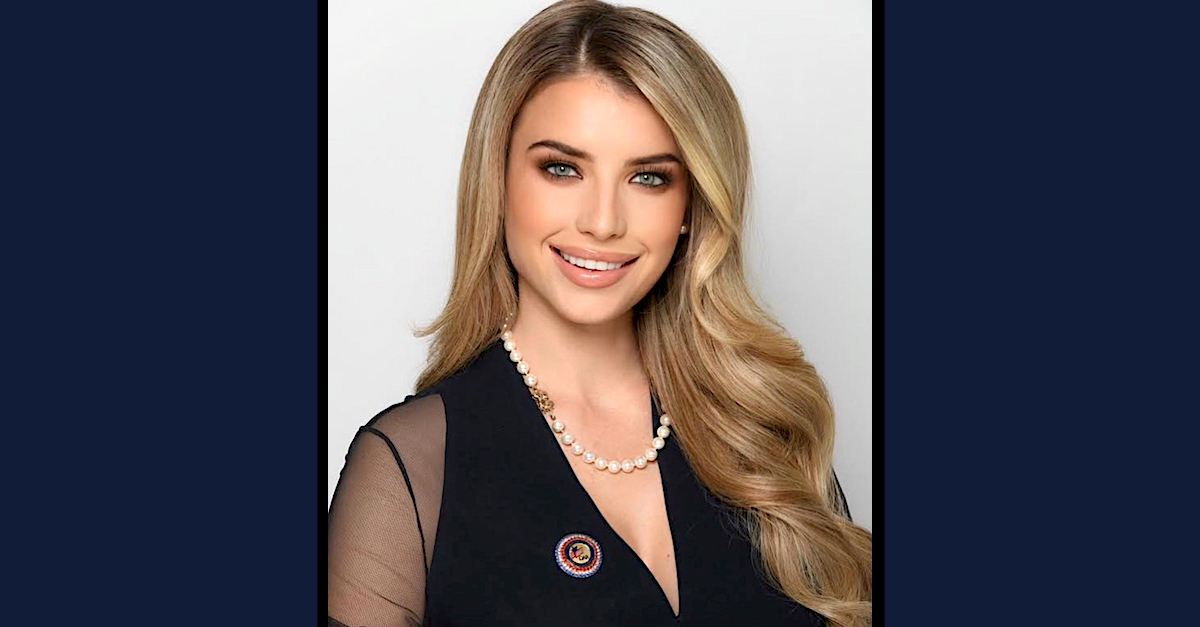 An elected city commissioner in Florida has pleaded guilty to lying about being a paralegal to enter a federal immigration lockup to see a detained man whom prosecutors described as her “romantic partner.”

Julianna Clare Strout, 36, has been a North Bay Village City Commissioner since November 2018, according to a press release from the U.S. Attorney’s Office for the Southern District of Florida. Her campaign website says she is a former Miss Rhode Island.

Strout pleaded guilty to “attempting to enter, and entering, a federal facility using fraud and false pretenses,” the DOJ said.  The listed offenses are violations of 18 U.S.C. §§ 1036(a)(1) and (b)(2).

She was immediately sentenced to serve one year on probation and 50 hours of community service.  The crime is listed as a “petty offense” on the court docket, and the maximum possible punishment could have been six months behind bars on each count, according to a penalty sheet. 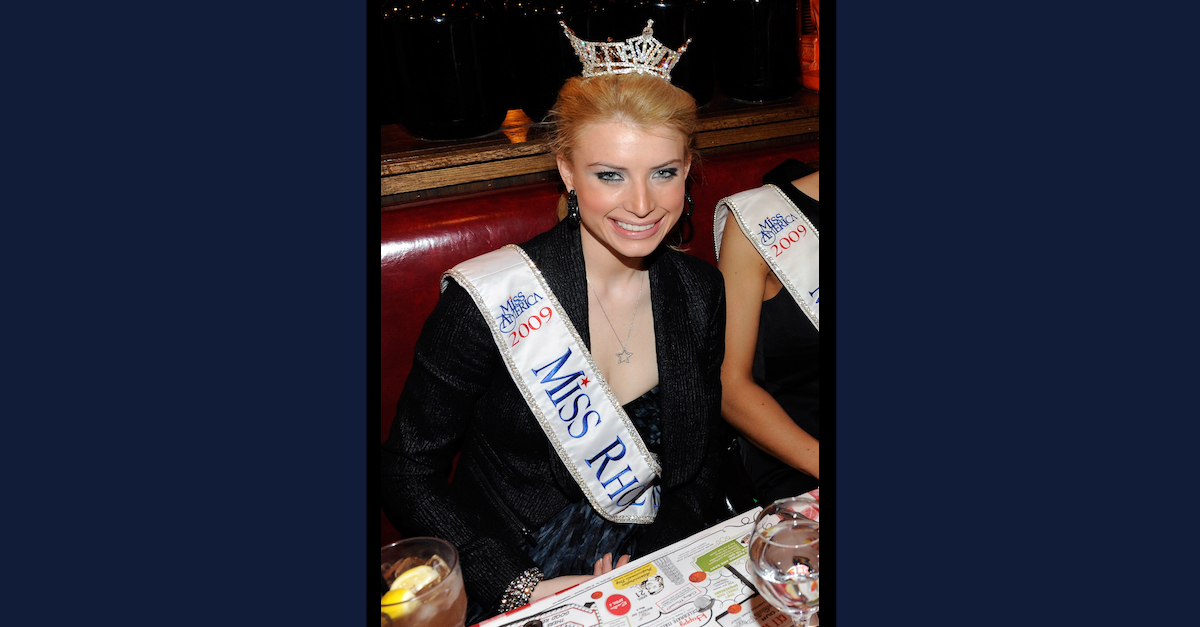 Though the case wasn’t filed until September 2022, the underlying incident occurred nearly a year earlier in October 2021.  At the time, the Krome Service Processing Center had “suspended social visits due to the COVID-19 pandemic,” according to the DOJ. “Legal visits, however, were permitted.”

Strout admitted she thrice appeared at the facility in question. There, she “told officials that she worked as a paralegal for a particular law firm and that she needed to visit a detainee to have legal documents signed,” the DOJ said. She even “presented officials with a letter on the law firm’s letterhead.”

Strout was using the letterhead without authorization and had no permission from the firm to visit the facility, the DOJ said.

“Strout had never worked for the law firm,” the DOJ continued. “Instead, she was romantically involved with the detainee.”

At one point, when Strout was denied entry, she flashed her North Bay Village Commissioner badge and asked officials to allow her through the door because “she was a public official,” the DOJ said.

A factual proffer filed in court on Wednesday does not name Strout’s romantic interest.  That person is only listed under the moniker “Individual 1.”

However, the document does state that Individual 1 and Strout had been seeing one another “at least as early as July 2021.”  By mid-October 2021, Individual 2 was in federal custody.

The document says Strout obtained the letterhead in question by contacting an attorney at the law firm in question — the firm, again, was not named — to request information about representing Individual 1.  The response back to Strout’s request appears to have provided Strout with the letterhead she subsequently used without permission. 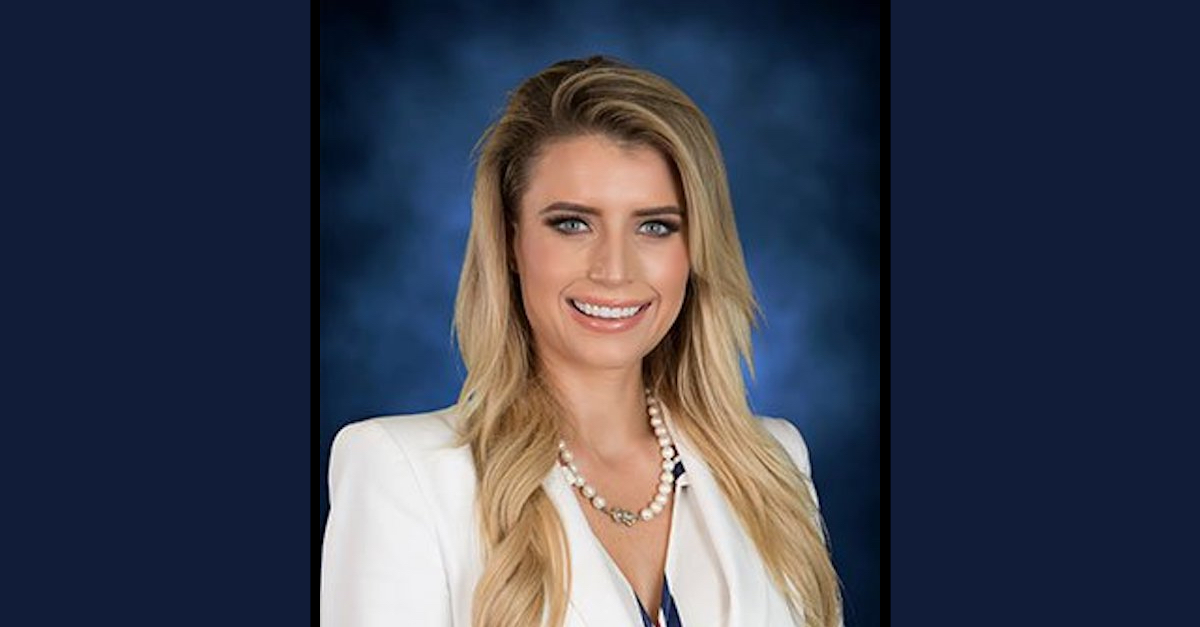 Strout appears to have used the altered document multiple ways.  According to the factual proffer, she emailed ICE officials on Oct. 18, 2021, a letter for permission to visit.  The letter contained Strout’s “name, date of birth, social security number, and driver license photo,” according to the document; it also referenced Individual 1’s case, and it was on the letterhead in question.  That electronic request was approved on Oct. 22, 2021.

However, the process apparently did not move fast enough.  The factual proffer says Strout attempted to use the document in person on Oct. 18, 20, and 22 “to enter or attempt to enter” the ICE facility.

The first of those attempts “escalated,” according to the court document, when her initial appearance was denied.  Though she presented the letter she had conjured, she did not have a valid Visitation Approval letter from the facility.  That’s when she flashed her North Bay government badge — to the apparent irritation of ICE.  A supervisor relented, however, and allowed Strout what the document describes as a “limited duration legal visit . . . for the sole purpose of having legal documents signed by Individual 1.”

It was Individual 1 who cut that meeting short — and then threw Strout under the bus.

“Individual 1 asked Krome Detention Officers to end the meeting,” the document continues.  “Individual 1 subsequently told ICE Supervisory Deportation Officers that he and STROUT had been in a romantic relationship, and he did not want to see her.”

Strout reappeared on Oct. 20 in similar fashion and was denied entry, the factual proffer indicates.

Strout again reappeared on Oct. 22.  This time, she had obtained a Visitation Approval letter.  It didn’t work.  Officers told Strout that the law firm had been contacted and that ICE was well aware she had no permission to appear using either the attorney’s name or the law firm’s name to access the facility.

Strout dug in — and “maintained that she worked” for an attorney at the firm — but the guards would not relent, and she was again denied entry.

The jig wasn’t fully up, however.  On Nov. 2, 2021, the factual proffer says Strout attempted to attend an immigration proceeding for Individual 1 that was held at the facility in question.  This time, she claimed she was Individual 1’s wife.  That didn’t work, either:  she “was denied entry because she had previously tried to enter Krome under fraud and false pretenses.”

A sample ballot posted on Strout’s Instagram page suggests that her office is nonpartisan.  Election documents list her among a name of “Republican party executive committee candidates” in 2020, and other Instagram posts and news articles suggest she played a key role in a Republican-connected “conservative climate rally.”

North Bay Village told Miami NBC affiliate WTVJ that it was aware of the plea and conviction.

Some of the relevant case file is here.