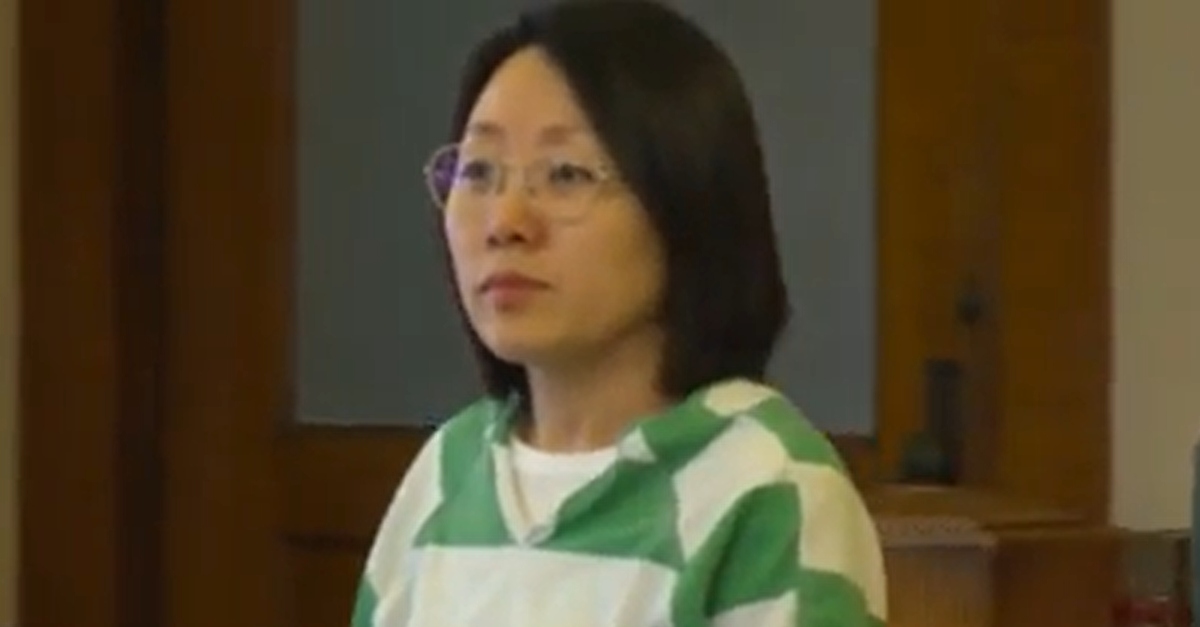 Gowun Park, 41, the Idaho woman charged with killing her husband Sung Woo Nam, 41, pleaded not guilty on Friday to a count each of first-degree murder, and first-degree kidnapping. In arguing for a lower bond, her lawyer said that the victim was abusive.

“She was the subject of significant and pervasive domestic abuse,” attorney Tammy Gentry said, according to The Des Moines Register. “This was a particularized instance between she and her spouse and she is not a threat to a larger community.”

They didn’t get their way. Dallas County Judge Michael Jacobsen kept the bond at $5 million, saying that the defendant was a flight risk because she had no family in the United States, but did have relatives in South Korea.

Assistant Dallas County Attorney Jeannine Ritchie argued that Park, an economics professor at Simpson College, had tried to hide her marriage from others.

Junior Thomas Mussig previously told the Register that he had five classes with Park over three years, and she had always maintained that she was single.

On Friday, Gentry maintained that at least one Simpson colleague went to Park and Nam’s wedding, and that another went out with them.

In any case, police said that on February 15, Park tied up her husband to a chair, stuffed clothing into his mouth, put duct tape over that, then used more of the tape to secure a towel over his head. She allegedly didn’t let him go when he demanded to be released. The defendant allegedly told investigators that Nam agreed to be tied up if he became violent. According to cops, she claimed there was support evidence on her phone, but she covered her face with her hands when authorities attempted to unlock the device using the facial recognition process.

According to Ritchie, Park tied up the victim in the morning. Nam asked to be let go at about 5 p.m, but the defendant didn’t do it. She took a picture of her husband while he was “in a state of distress bound and gagged.” The prosecutor maintained that Nam’s face was “tormented in the photograph,” clearly unable to breathe well.

Park allegedly told cops she called 911 after falling asleep, and waking up to find her husband face down with a chair on top of him.

Her defense team is gearing up for a complicated and fraught argument. In requesting  a smaller bond, Gentry said they’re planning on discussing the defendant’s life in South Korea, and other cultural matters. The attorney said that Park had a visa through her husband, and that Nam threatened the defendant through her job and immigration status.

Park was suspended from work amid her arrest, but it turns out that she would’ve soon left Simpson one way or another. College spokeswoman Christine Denniston said that the defendant submitted a resignation last September, according to the outlet. The departure would’ve been effective at the end of the school year.