Economics Professor Charged in Husband’s Murder Claimed He Agreed to Let Her Tie Him Up: Cops 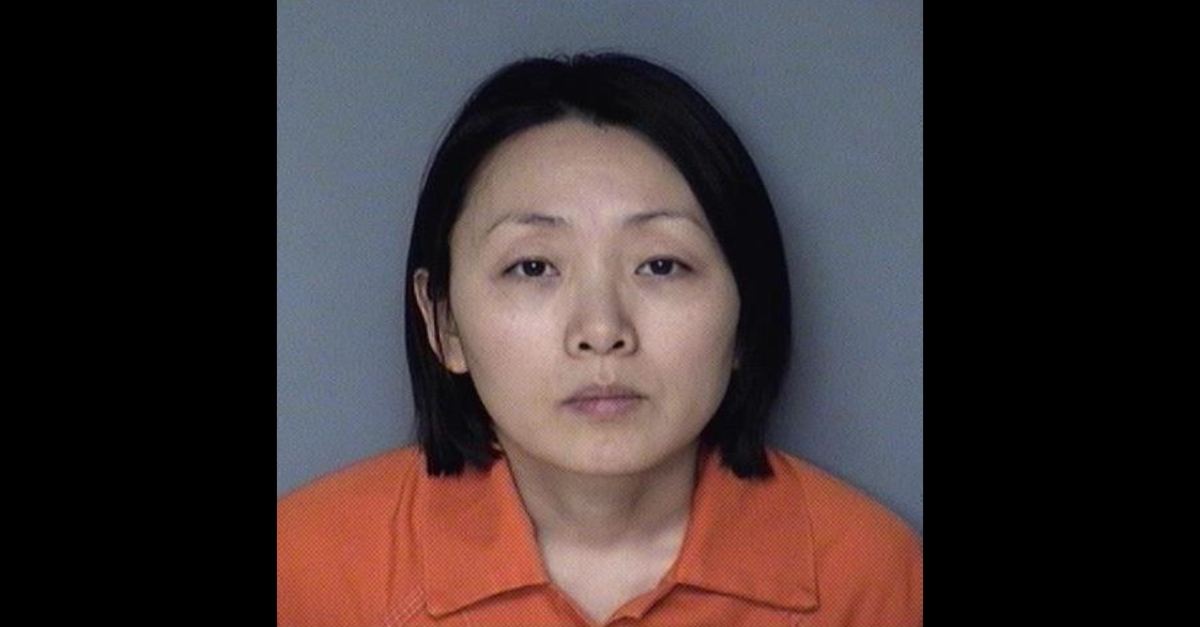 There’s apparently little, if any, dispute that Simpson College economics professor Gowun Park, 41, had a fraught marriage with husband Sung Woo Nam, 41. But did she murder him?

The defendant allegedly told Iowa cops that she and the alleged victim had an agreement: She would tie him up if he became violent, according to search warrants reported by The Des Moines Register. The defendant said there’s proof on her phone, but she stopped officers from getting into the device, officers said.

Police said last month that Park reported Nam dead at their home in West Des Moines. The defendant wrapped the victim’s hand and feet using zip ties, binding him to a chair, cops said. She allegedly stuffed a piece of clothing into his mouth, and put duct tape over that, then she applied even more duct tape to put a towel over his head.

Park allegedly did not let her husband go when he demanded. Investigators claim she tried to cover up evidence that the victim was bound.

Well, now it has been revealed that the suspect allegedly told cops she had been thinking about divorcing the victim because he was abusive. Park admitted she did tie him up, but said there was a recording on her phone showing that he agreed to be bound when he got violent, officers said. According to the search warrants, Park also asserted that text messages and other evidence on her phone would prove Nam was physical abusive and had also threatened self-harm.

The thing is, cops said they couldn’t get into her phone. They tried to do so by using the device’s facial recognition process, but Park stopped them by covering her face.

A bond hearing is set for Friday. Park remains in Dallas County Jail for murder in the first-degree, and kidnapping in the first degree, in lieu of a $5 million bond.

First Assistant Dallas County Attorney Jeannine Ritchie argued against a bond reduction on Friday, describing Park’s alleged behavior as “torture.” She said the defendant was a flight risk because Park, who is from South Korea, had no known relatives in the United States.

Park’s defense asked that bond be dropped to $75,000, arguing that she wasn’t a threat to the public.

“The alleged offenses arise out of a dysfunctional intimate relationship,” they wrote. “There is no reason to believe that Ms. Park would pose a danger to anyone in the community.”

Park was suspended from Simpson College, and the school has said it’s cooperating with authorities.