Lawyer Who Worked for Dems During Impeachment Says He Tested Positive for COVID-19, Slams Trump’s Response 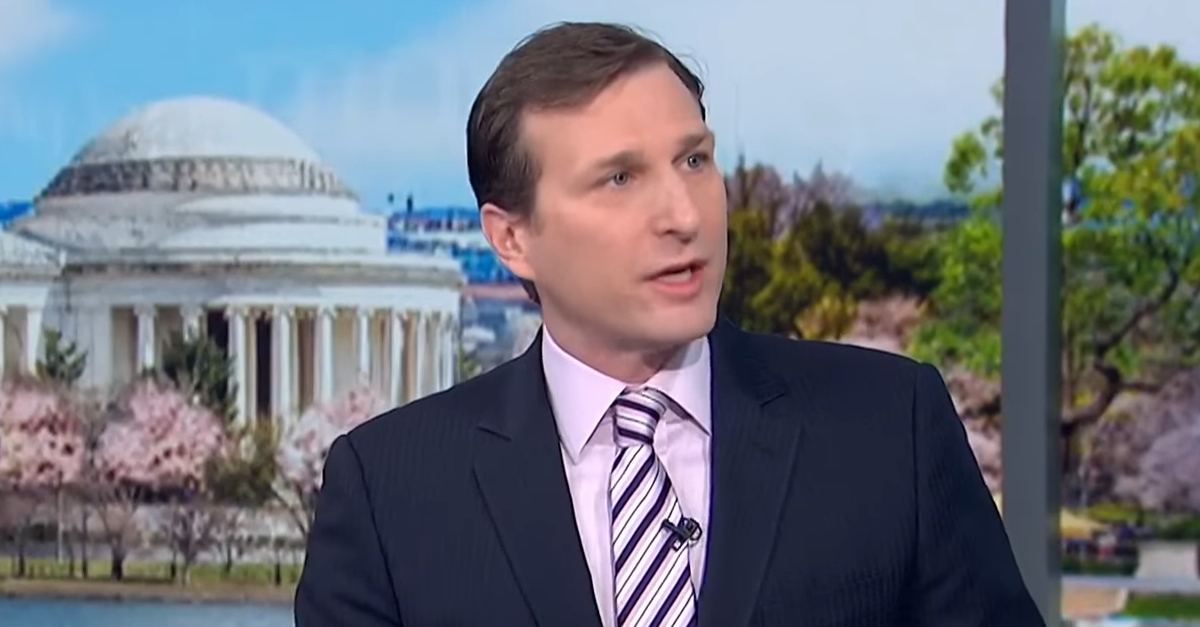 A former federal prosecutor says he tested positive for the “coronavirus” (COVID-19), and he went on to criticize the Trump administration’s attempt to curtail the spread of the disease. Daniel Goldman, who worked for House Democrats during the impeachment proceedings, said that President Donald Trump “can try to gaslight the American public by repeatedly saying that everyone who needs a test can get one, but that was not true one month ago (when it should have been the case) and it is not true today (when there is no excuse).”

The attorney said he had trouble getting tested for the virus in the first place, and that he was told that New York City hospitals still wouldn’t test his wife, who had similar symptoms, unless she was admitted. (Law&Crime published two op-eds from Goldman in 2018.) He suggested that the general process has left many people exposed to the disease, and that Trump is just trying to manage political optics.

The upshot of my experience is that there are almost certainly hundreds of thousands (if not millions) of people walking around the United States with #COVID19. I didn’t take no for an answer to get a test, but many people might. And they go home to transmit it unknowingly. 5/

“And because I did not knowingly come into contact with a ‘known positive,'” he wrote, “docs said my family could go about their business. But we can’t know if people are positive if they can’t get a test! This is the administration’s great failing — the only way to stop this is to test.”

To be sure, Goldman, who was an Assistant U.S. Attorney in the Southern District of New York from 2007 to 2017, is demonstrably a big Trump critic, but he’s not the only person lambasting the administration’s response to the coronavirus. The White House didn’t immediately respond to a Law&Crime request for comment. The president said he was tested for the coronavirus, and the White House said he tested negative. The administration has repeatedly defended their response to the disease.

“I would like to see a dramatic diminution of the personal interaction we see in restaurants and in bars,” Dr. Anthony Fauci, a top member of the coronavirus task force, said Sunday. “Whatever it takes to do that, that’s what I would like to see.”