Economics Professor Bound and Gagged Her Husband During Murder, Then Canceled Classes: Cops 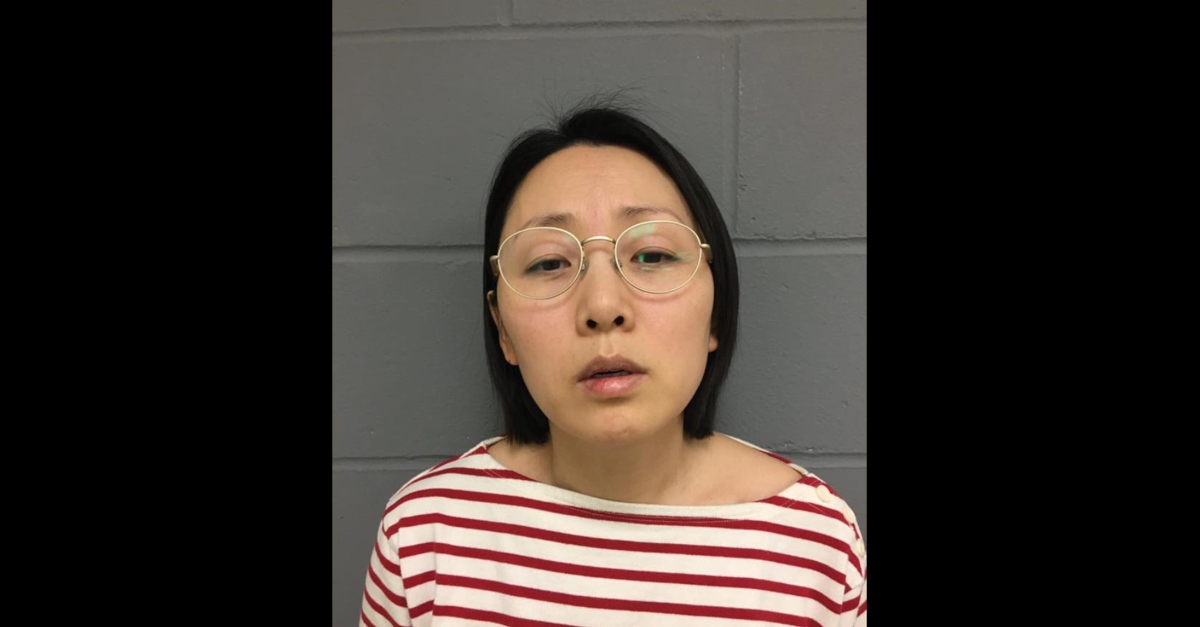 There’s a new homicide case out of West Des Moines, Iowa. Gowun Park, 41, is charged in the murder of her husband Sung Nam, 41, say police.

Park bound Nam’s hands and feet using zip ties at their home, cops said according to The Des Moines Register. The defendant allegedly tied him to a chair, then stuffed a piece of clothing into his mouth, and put duct tape over that. Then she used more duct tape to put a towel over her husband’s head, officers said.

She allegedly did not free him when he demanded to be released. Cops said they were called to the residence, where they found the victim unresponsive. Investigators claimed the defendant tried to cover up evidence that she bound her husband.

Park is a now-suspended assistant professor of economics at Simpson College in Indianola, Iowa. Junior Thomas Mussig told the Register he had had five classes with the defendant over three years, and that she was always maintained that she was single. He described her as anything but a killer.

“She was one of the sweetest ladies I’ve ever known,” he said. “This is really tough.”

A Simpson student told us today, after murder charges were filed against Park, that the prof sent an email Sunday canceling upcoming classes due to a personal issue. https://t.co/fj16ns8t7p

Records viewed by Law&Crime show that Park is being held on a $5 million cash only bond at Dallas County Jail. The next court hearing is set for next Friday.