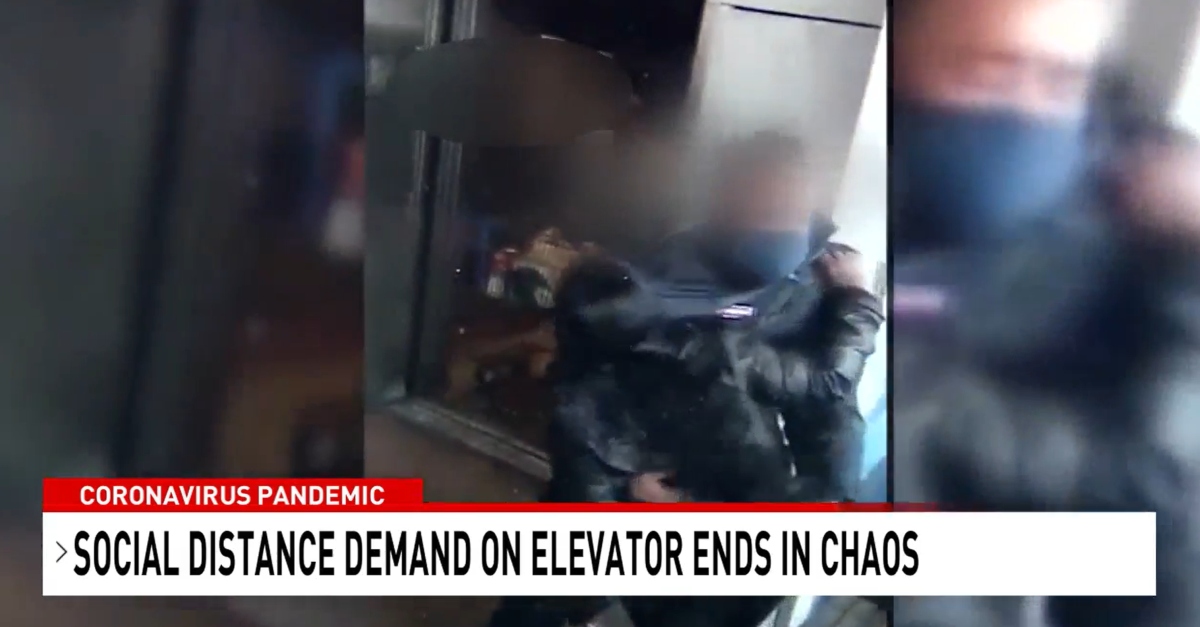 A woman in Washington D.C. allegedly pepper-sprayed others at a local Walmart. The purported motive: She wanted to maintain social distancing.

Witness Dominick Gamble said the woman didn’t even have a mask.

“I don’t even know how they let her in there,” he told WJLA. “She wasn’t even supposed to have been in there.”

The woman allegedly was trying to keep other people off an elevator at the Walmart, and tried to close the door. Another woman tried to get in with a cart, but was pepper-sprayed.

Security held the woman for cops, but she wasn’t arrested, or even charged. The victim reportedly declined treatment.

“Just try not to hurt nobody with this virus going on,” Gamble said. “Stay in the house.”

To be be sure, the COVID-19 pandemic has made regular day-to-day interactions way more tense. On the crime beat, we’ve even notice different kinds of cornavirus-related allegations. This new Walmart story fits into a series of stories where people were accused of violently overreacting to the pandemic.

A fight broke out in Johnstown, Pennsylvania allegedly after one man criticized another to not covering up when coughing. In Georgia, a man allegedly pulled a gun on two women because he was afraid they could give him the virus. A story out of Brooklyn, New York ended in tragedy when a 32-year-old woman allegedly hit at 86-year-old fellow hospital patient for not social distancing. The alleged victim died. Her family said she suffered from dementia.