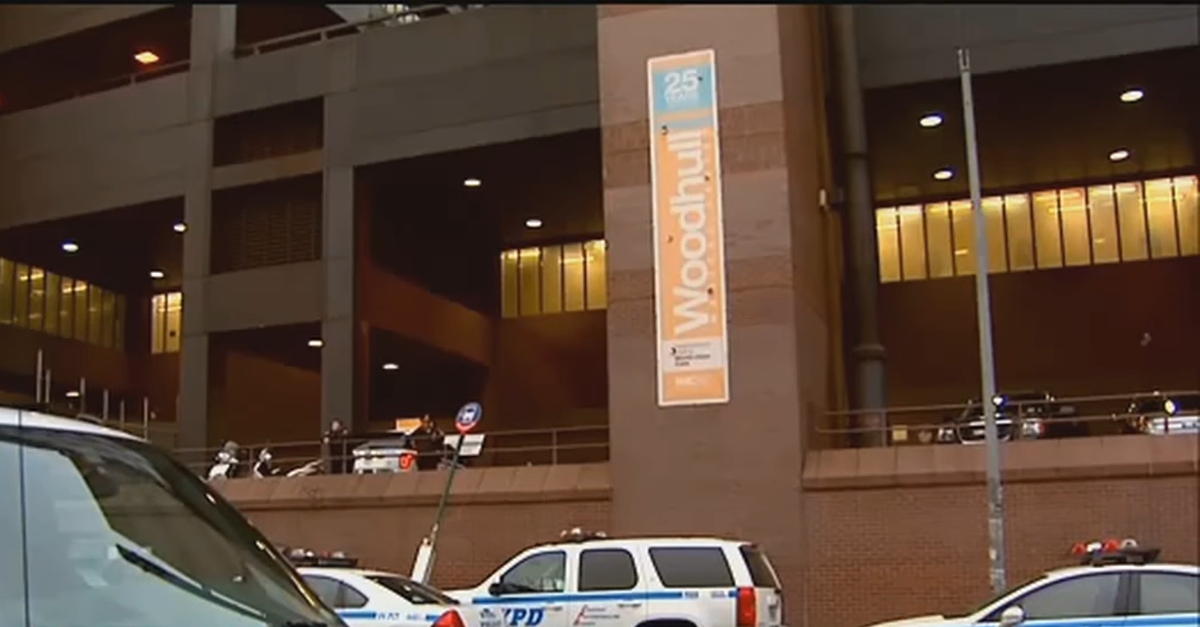 The other shoe dropped for Cassandra Lundy, 32. Police are now blaming her for the death of fellow hospital patient Janie Marshall, 86, last week.

Lundy allegedly pushed an 86-year-old woman, knocking her to the ground at Woodhull Hospital, resulting in her demise. Today, Lundy was charged with Manslaughter. Keep up the great work and PLEASE stay safe.

The trouble started March 28. Lundy and Marshall were both visiting Woodhull Hospital in Brooklyn, according to police sources cited by The New York Daily News. Officers said that the defendant hit the victim in the head for standing too close, knocking Marshall to the ground. Authorities attributed this to concerns about social distancing during the novel coronavirus (COVID-19) pandemic. Neither woman was in the hospital for the disease. Officials cited by NBC New York suggested that “you can infer” this happened because of fears of the virus.

At first, Lundy was only issued a summons for disorderly conduct, but Marshall passed away less than four hours after the alleged attack. Now, the defendant is charged in her death after authorities performed an autopsy.

“She was in the hospital for seizures,” Lundy’s husband, who didn’t give his first name, told the Daily News. “She suffers from epilepsy. She told me someone was messing with her. She didn’t say much about it. She was so upset. She was all shook up.”

He denied that she would do something like that, and he insisted she wasn’t that “kind of person.” The defendant reportedly has 17 previous arrests, including a 2016 accusation in which she had choked her 61-year-old boyfriend for not letting her invite friends over for drugs, and a 2017 claim in which she punched a 54-year-old woman in the face.

Relatives said Marshall had dementia, and was at Woodhull for a bowel obstruction. Niece Eleanor Leonard promised to show up to court once that re-opened.

“I’m just thrilled that she was arrested and that my aunt will get justice,” she said.