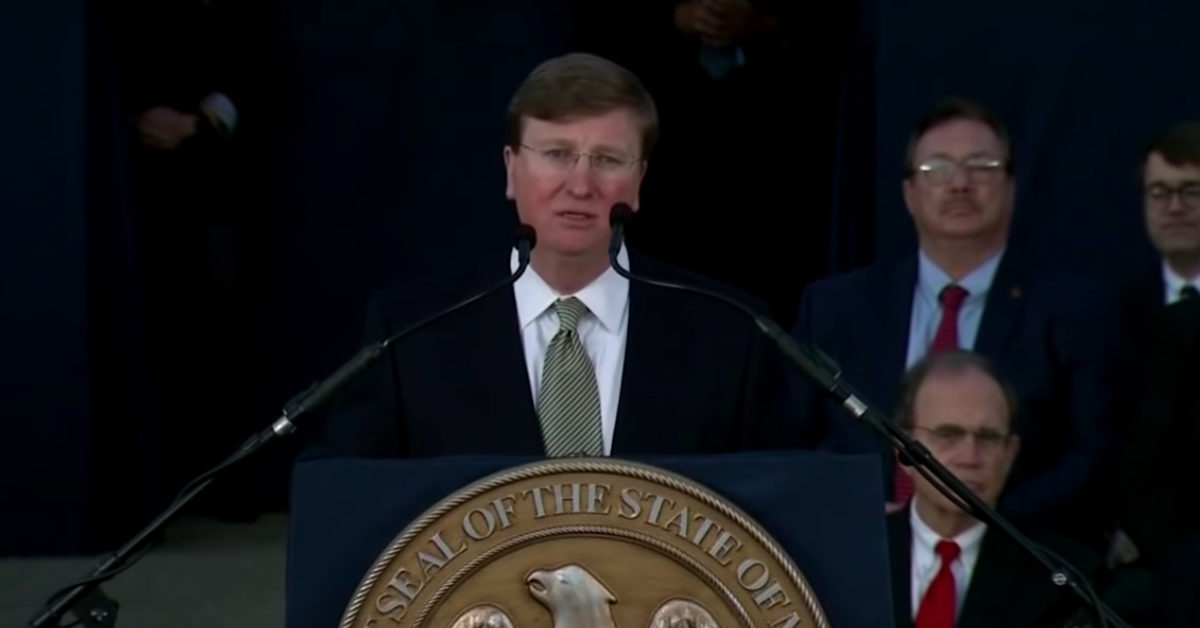 Mississippi Gov. Tate Reeves (R) on Tuesday signed an executive order that appeared to override a slew stay-at-home orders and social distancing measures issued by local governments across the state to prevent the spread of the novel coronavirus COVID-19. Reeves’s order also defined most business establishments operating in the state as “essential,” attaching a lengthy list of services deemed “vital” to the state’s infrastructure.

“The uninterrupted delivery of essential services and functions is vital to infrastructure viability, critical to maintain continuity of functions critical to public health and safety, as well as economic and national security, and is crucial to community resilience, continuity of essential functions and to promote the security and safety of Mississippi residents even as the nation limits human interaction and engages in social distancing,” the order stated.

The Republican governor appears to be following in the footsteps of President Donald Trump, placing significant emphasis on ensuring Mississippi’s pandemic response doesn’t overly burden the state’s economy. Trump was criticized earlier this week for saying that he hoped to put an end to social distancing measures by Easter Sunday.

After signing the order, Reeves even used the occasion to issue a dig at one of the president’s favorite targets, declaring that Mississippi “reject[s] dictatorship models like China.”

A dangerous lie from MSNBC. Because we pray and reject dictatorship models like China they say we are “untroubled,” undermining our warnings and pleas to stay home. We’re following our experts and I’ve spent many sleepless nights praying for wisdom in this unprecedented time. pic.twitter.com/qx4Z5uico2

“A dangerous lie from MSNBC. Because we pray and reject dictatorship models like China they say we are “untroubled,” undermining our warnings and pleas to stay home,” Reeves said. “We’re following our experts and I’ve spent many sleepless nights praying for wisdom in this unprecedented time.”

A preliminary reading of the order by the Jackson Free Press only identified two categories of non-essential businesses to which a gathering limit might apply: (1) hygiene and fitness providers such as gyms and tanning salons, and (2) non-food-service entertainment venues such as movie theaters and bookstores. However, the office specifically exempts some of the most densely populated business entities such as department stores, factories, gun stores, and “offices.”

Here’s what “essential business or operation” means, per Gov. Reeves: 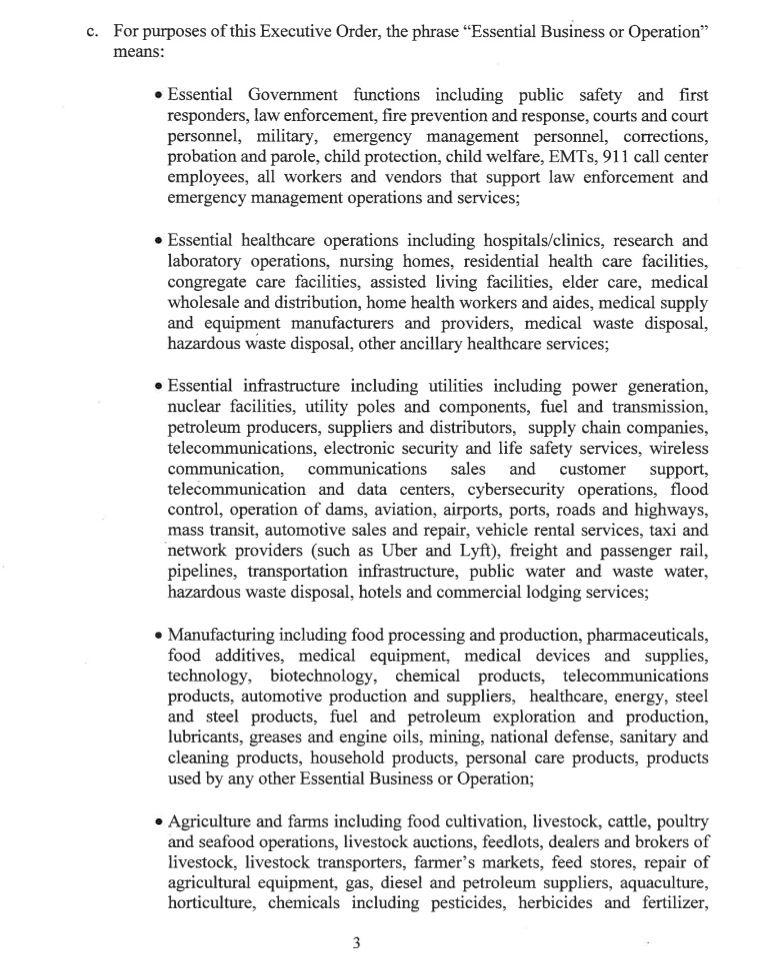 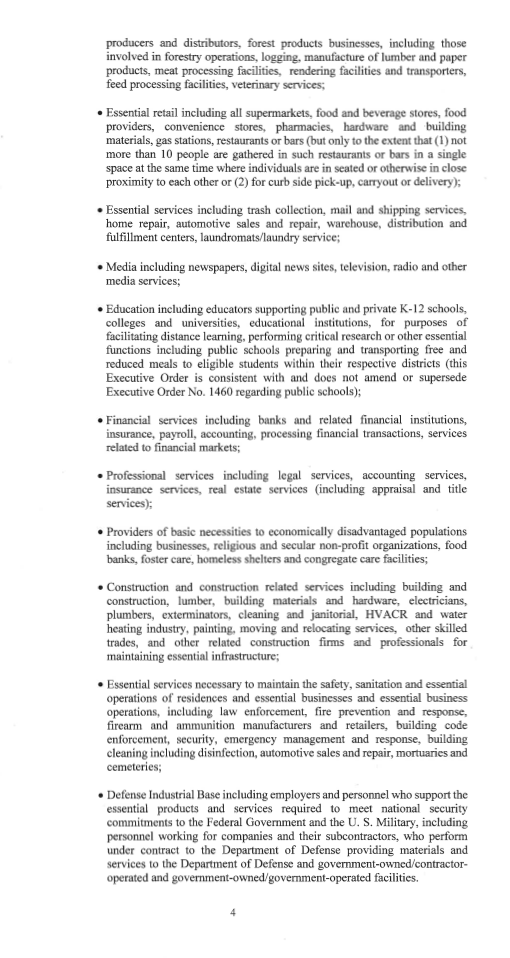 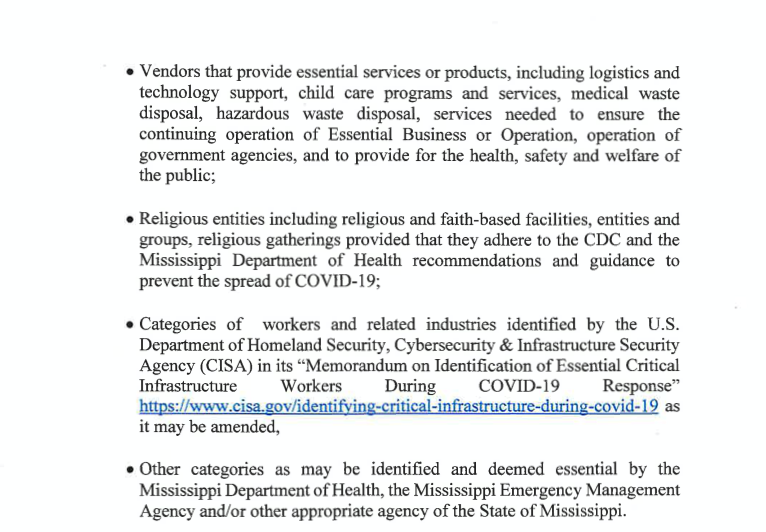 During a Tuesday press conference, Reeves also issued a directive for the state to postpone all “elective” and “non-essential” medical procedures, specifying that the order applied to the state’s only remaining abortion clinic.

However, Dr. Thomas Dobbs, Mississippi’s top health official, would not confirm Reeves’s statement regarding abortion procedures, saying he needed to “review the situation a bit more.”

Reeves told Mississippi Today through a spokeswoman that his executive order lays out bare minimum requirements, establishing “statewide parameters that local leaders on the front lines can build on to make decisions that are in the best interest of their communities.”

See below for the full executive order: