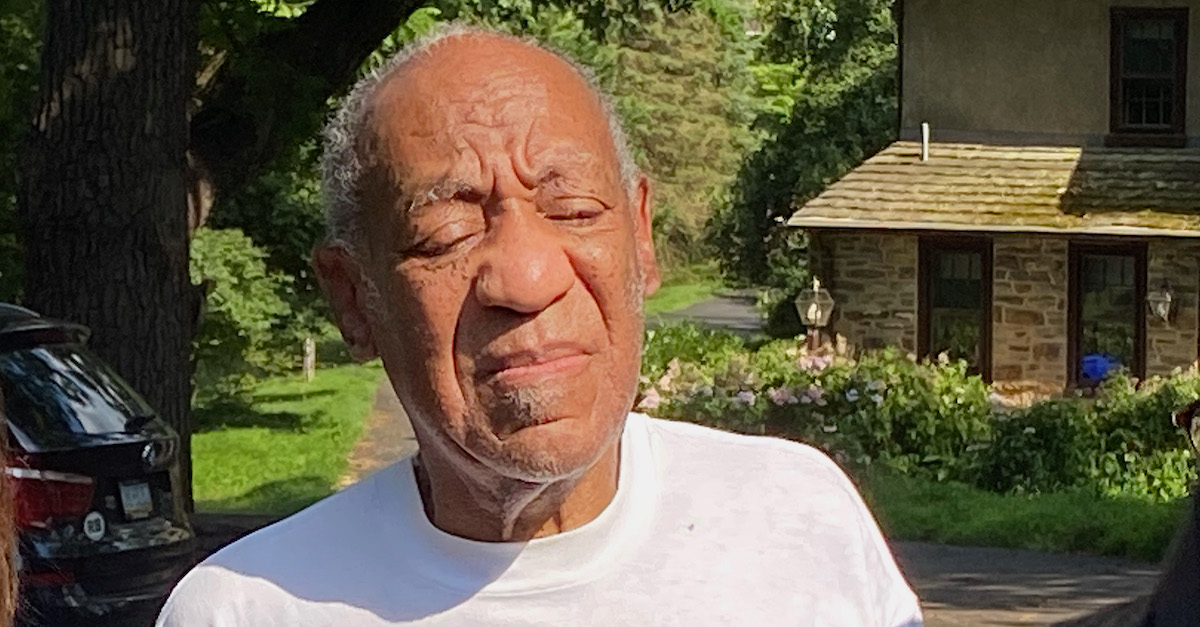 Bill Cosby speaks to reporters outside of his home on June 30, 2021 in Cheltenham, Pennsylvania. Bill Cosby was released from prison after court overturns his sex assault conviction.

Jury selection began Tuesday in a California civil lawsuit against actor and comedian Bill Cosby for allegedly sexually assaulting a teenage girl at the Playboy Mansion in the 1970s.

Cosby has been publicly accused of sexual misconduct by at least 60 women. Huth’s lawsuit, however, is the first civil case against Cosby for sexual assault that has reached trial.

Who is the plaintiff and what are the allegations?

Plaintiff Judy Huth originally filed her case in 2014, but the case was put on hold while Cosby’s criminal case proceeded in Pennsylvania. Huth is now 64 years old; she claims that Cosby, now 84, groped her while the two were at the Playboy Mansion in Los Angeles, in 1974. Huth is now suing Cosby on claims of sexual battery, and both intentional and negligent infliction of emotional distress. Cosby has denied all the allegations.

According to the complaint, Huth and her 16-year-old friend had been walking through a park when they noticed a movie being filmed. Huth says that as she and her friend stopped, Cosby approached them and invited them to sit in a director’s chair while they chatted. Cosby is alleged to have invited both girls (who, at the time, were forthcoming about their true ages) to his local tennis club the following week. Huth says she and her friend took Cosby up on his invitation, and the next week, they played billiards with Cosby at the club. According to Huth, she “was required to consume a beer every time Cosby won a game of billiards.”

“After the girls had been served multiple alcoholic beverages,” the complaint continued. “Cosby told them that he had a surprise for them.” Cosby is alleged to have then led the girls to the Playboy Mansion. According to Huth, Cosby told the two teens that “if any of the Playboy bunnies asked their age, they should say they were 19.” While at the Playboy Mansion, Huth says she returned from a trip to the bathroom to find Cosby sitting on a bed. Per the complaint:

He asked her to sit beside him. He then proceeded to sexually molest her by attempting to put his hand down her pants, and then taking her hand in his hand and performing a sex act on himself without her consent.

This traumatic incident, at such a tender age, has caused psychological damage and mental anguish for Plaintiff that has caused her significant problems throughout her life since the incident. As a direct and proximate result of the incident, she has suffered damages that are substantial and continuing.

Huth initially claimed that she was 15 when the alleged incident occurred, but she later amended her complaint to say that she had actually been 16 at the time.

What has happened so far in the case?

Huth amended her complaint, which originally alleged that the battery occurred in 1974. Now, Huth claims it happened in 1975. Cosby’s counsel Jennifer Bonjean has publicly said that the change amounts to an “ambush.”

Meanwhile, Huth has attributed the change to her having made an error in the timeline that she noticed after Cosby submitted documents.

In an email statement to Law&Crime, Judy Huth’s lawyer Gloria Allred specifically responded to claims of an ambush:

This is not a trial by ambush, as the defense stated to the press. It is a trial by evidence. We believe that the defense was well aware of the fact that the incident at the Playboy Mansion occurred in 1975 when Judith Huth was 16 years old prior to our notifying the defense in a Court filing in early May. What we believe they are upset about is that they were intending to ambush Ms. Huth on the witness stand by proving that the event at the Mansion could not have occurred when she was 15 years old and we upset their plans.

The trial is proceeding before L.A. Superior Court Judge Craig Karlan. Huth originally requested that the case be heard as a bench trial (without a jury), but Cosby did not agree. The trial will be heard by a jury of 12 people, and 9 votes are required for a verdict.

What do we expect to happen at the trial?

How does Cosby’s criminal trial relate to this civil lawsuit?

Huth’s civil case was delayed to allow Cosby’s criminal trial in Pennsylvania to proceed. In 2018, Cosby was convicted of drugging and molesting Temple University employee Andrea Constand and sentenced to prison. The conviction was overturned by the Pennsylvania Supreme Court in 2021, however, when the court found that statements made by the former district attorney constituted a binding non-prosecution agreement with Cosby.

Kevin Steele, the prosecutor who won the criminal case against Cosby, appealed the Pennsylvania Supreme Court’s verdict all the way up to the Supreme Court of the United States. In March 2022, the justices declined to hear Steele’s appeal without comment. Given that Cosby’s conviction was vacated and that the underlying prosecution was found to have been improper, the case is not likely to have any direct legal impact on Huth’s civil case. It remains to be seen how much the prior case will factor in at trial.

Notably, Cosby’s conviction was not vacated due to any finding of error in the trial itself, nor due to any newly-uncovered indication of factual innocence. Rather, the court found that the actor should not have been prosecuted at all, because the state promised it would not bring charges against him. Such an outcome is exceedingly rare, as prosecutors do not often make public statements about decisions not to bring charges.