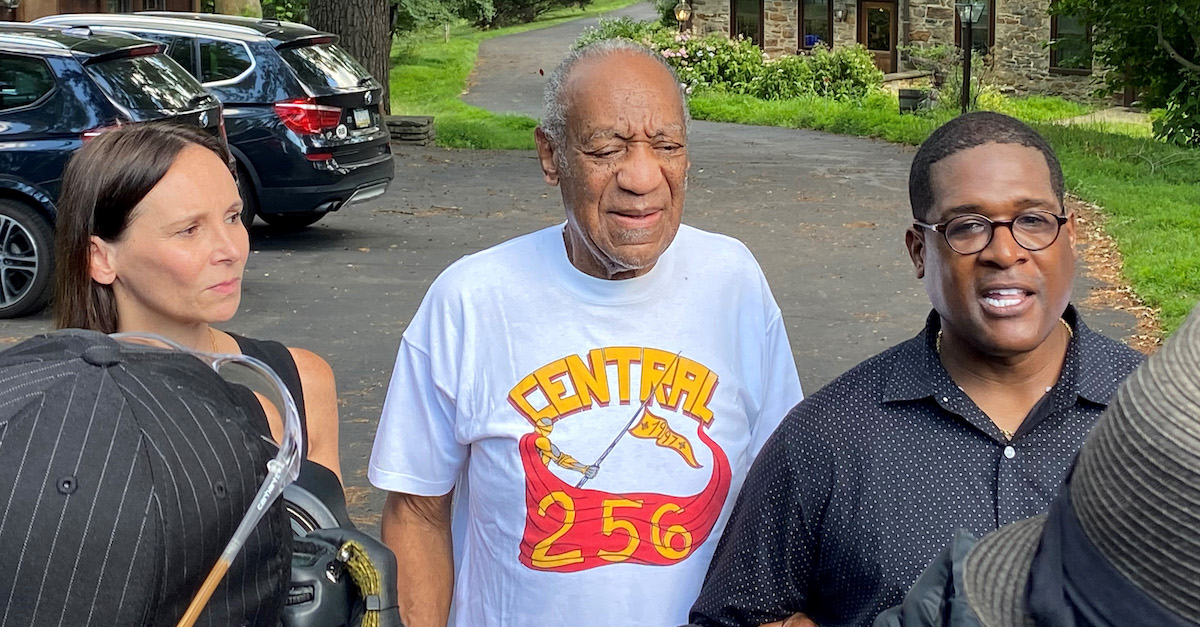 In June 2021, the Keystone State’s top court vacated the 84-year-old comedian’s 2018 convictions on three counts of aggravated indecent assault, finding that Cosby relied on what he considered a non-prosecution agreement when he agreed to testify in civil litigation.

“[W]e hold that, when a prosecutor makes an unconditional promise of non-prosecution, and when the defendant relies upon that guarantee to the detriment of his constitutional right not to testify, the principle of fundamental fairness that undergirds due process of law in our criminal justice system demands that the promise be enforced,” Justice David N. Wecht wrote in a 79-page opinion.

In 2005, then-Montgomery County District Attorney Bruce Castor issued a press release passing on charges against Cosby, which Cosby said he relied upon when he sat for a deposition in a civil case filed by his alleged victim Andrea Constand. Cosby ultimately received a 3- to 10-year sentence for assaulting Constand, with the earliest release date of Sept. 25, 2021—before his convictions were overturned.

Kevin Steele, the district attorney from Montgomery County, Pennsylvania, appealed that ruling late last year, but the U.S. Supreme Court rejected his petition without comment on Monday. Steele was the prosecutor whose office put Cosby behind bars in 2018.

During Cosby’s second trial, prosecutors persuaded a jury that the entertainer sexually assaulted Constand, a Temple University employee. Cosby claimed that their encounter was consensual, but prosecutors defeated that defense through evidence that he allegedly engaged in a pattern of predatory behavior. At least 60 women have accused Cosby of everything from rape to sexual harassment. Pennsylvania aired uncharged allegations from five of those women.

Cosby’s defense also challenged the inclusion of so-called “prior bad acts” on appeal, but ultimately, the prevailing argument turned out to be the entertainer’s reliance on Castor’s announcement before opening himself to damaging testimony.

“It must be remembered that D.A. Castor’s decision not to prosecute Cosby, and to announce that decision orally and in a written press release, was not designed to facilitate the use of testimony against Cosby in a future criminal trial,” the opinion stated. “Instead, D.A. Castor induced Cosby’s forfeiture of his Fifth Amendment rights as a mechanism and a lever to aid Constand’s civil action and to improve the chances that she would receive at least a monetary benefit for the abuse that she suffered, given that D.A. Castor had determined that Constand would not, and could not, get relief in a criminal trial. Through his deliberate efforts, D.A. Castor effectively forced Cosby to participate against himself in a civil case in a way that Cosby would not have been required to do had he retained his constitutional privilege against self incrimination.”

“Although it is a relief to put this saga behind us, it is not much of a surprise,” Bonjean told Law&Crime in an email. “[The petition] shows that this office continues to operate under the belief that the rules of ethics do not apply to them, stemming back to their indictment of Mr. Cosby. They must be held accountable for their flagrant violations of the rules of professional responsibility.”

The district attorney’s office did not immediately respond to Law&Crime’s email requesting comment.

Read the Supreme Court’s order, below: