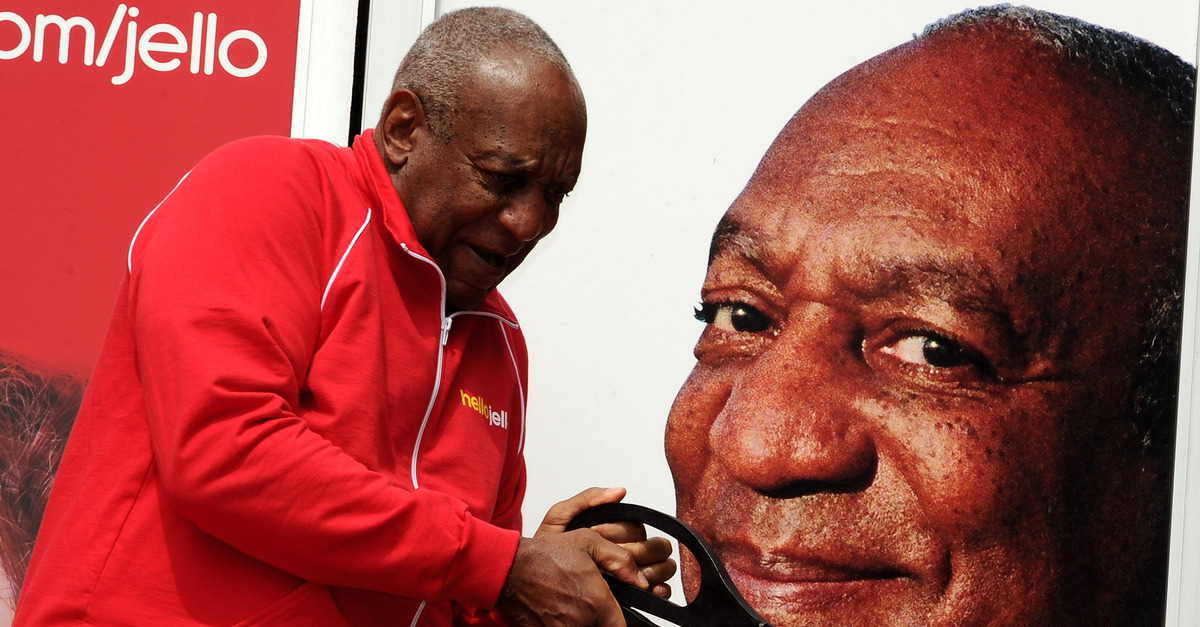 Bill Cosby will soon be a free man.

The shocking turn of events comes after Cosby’s attorneys appealed to the Keystone State’s highest court last December to argue that prosecutors violated his constitutional rights.

Specifically, defense attorneys argued that the trial judge’s decision to call five additional accusers was prejudicial to his due process rights. Additionally, Cosby argued that a prior non-prosecution agreement with a former prosecutor should have precluded his prosecution entirely.

In a lengthy 79-page opinion, the court took up the latter issue and found in Cosby’s favor — rendering discussion of the former issue moot.

“[T]he question becomes whether, and under what circumstances, a prosecutor’s exercise of his or her charging discretion binds future prosecutors’ exercise of the same discretion,” the court opined. “This is a question of law.”

“[W]e hold that, when a prosecutor makes an unconditional promise of non-prosecution, and when the defendant relies upon that guarantee to the detriment of his constitutional right not to testify, the principle of fundamental fairness that undergirds due process of law in our criminal justice system demands that the promise be enforced,” Justice David N. Wecht went on.

Here, the court reasoned that because: (1) Cosby agreed to sit for a deposition in a 2005 civil lawsuit brought by Andrea Constand — testimony Cosby has always maintained was forced; and because (2) then-Montgomery County district attorney Bruce Castor made a formal public statement that referenced his promise not to prosecute the former Jello pitch man, the conviction must be overturned.

Battling it out against a concurrence and dissent, Justice Wecht also foreclosed against a new trial.  From the opinion:

The circumstances before us here are rare, if not entirely unique. While this controversy shares some features of earlier cases that contemplate the constitutional role of prosecutors, that import contract principles into the criminal law, and that address the binding nature of prosecutorial promises in plea agreements and in other situations—as well as breaches of those promises—there are no precedents directly on point that would make the remedy question an easy one. As the concurring and dissenting opinion (“CDO”) observes, the circumstances of this case present a “constellation of . . . unusual conditions.” It is not at all surprising, then, that a reasonable disagreement arises regarding the remedy that must be afforded for what we and the CDO agree was a violation of Cosby’s due process rights.

In our respectful judgment, the CDO’s proposed remedy, a third criminal trial of Cosby—albeit one without his deposition testimony—falls short of the relief necessary to remedy the constitutional violation.

“It must be remembered that D.A. Castor’s decision not to prosecute Cosby, and to announce that decision orally and in a written press release, was not designed to facilitate the use of testimony against Cosby in a future criminal trial,” the opinion goes on. “Instead, D.A. Castor induced Cosby’s forfeiture of his Fifth Amendment rights as a mechanism and a lever to aid Constand’s civil action and to improve the chances that she would receive at least a monetary benefit for the abuse that she suffered, given that D.A. Castor had determined that Constand would not, and could not, get relief in a criminal trial. Through his deliberate efforts, D.A. Castor effectively forced Cosby to participate against himself in a civil case in a way that Cosby would not have been required to do had he retained his constitutional privilege against self incrimination.”

In dissent, Justice Thomas Saylor rubbished the basic notion undergirding the majority opinion’s analysis. That is, the dissent argued that the statement made by Castor was not really a promise at all and was rather fairly commonplace boilerplate.

“I read the operative language — ‘District Attorney Castor declines to authorize the filing of criminal charges in connection with this matter’ — as a conventional public announcement of a present exercise of prosecutorial discretion by the temporary occupant of the elected office of district attorney that would in no way be binding upon his own future decision-making processes, let alone those of his successor,” Saylor said.

Justice Kevin Dougherty, in a concurrence and dissent joined by Chief Justice Max Baer, agreed with the majority’s determination that Cosby had detrimentally relied on what the court found to be Castor’s binding promise that Cosby would not be prosecuted at any time in the future. But the remedy here—vacating Cosby’s conviction—was not needed, the dissent argued.

Instead, Daugherty said, the evidence against Cosby that flowed from his reliance on Castor’s promise could have been suppressed.

“I am constrained to agree with the majority that due process does not permit the government to engage in this type of coercive bait-and-switch,” the concurrence opined. “However, while I share in that conclusion, and agree with much of the majority’s well-reasoned analysis, I part ways from it in several material respects — most notably the remedy.”

“[T]here is an obvious alternative remedy that more narrowly (but still fully) compensates Cosby for the due process violation: we can simply preclude the prosecution from ‘us[ing] that evidence against th[e] defendant with impunity,’ i.e. we can order it suppressed,” Dougherty added–citing multiple examples where the Pennsylvania Supreme Court, and courts in other jurisdictions, have used the suppression remedy.

Dougherty concluded that taking the dramatic step of requiring specific performance of Castor’s promise was a step too far—going beyond the goal of making Cosby “whole” and, in fact, unnecessarily benefitting him.

“Specific performance is only appropriate in drastic circumstances, such as where the defendant detrimentally relies on an inducement and cannot be returned to the status quo ante,” the concurrence went on. “Here, although Cosby detrimentally relied on Castor’s inducement, we can return him to the position he enjoyed prior to being forced to surrender his Fifth Amendment right against self incrimination by simply suppressing the evidence derived from the civil depositions at which he testified. We should not use Castor’s ‘blunder’ to place Cosby in a better position than he otherwise would have been in by forever barring his prosecution.”

Read the full opinion, dissent and concurrence below: