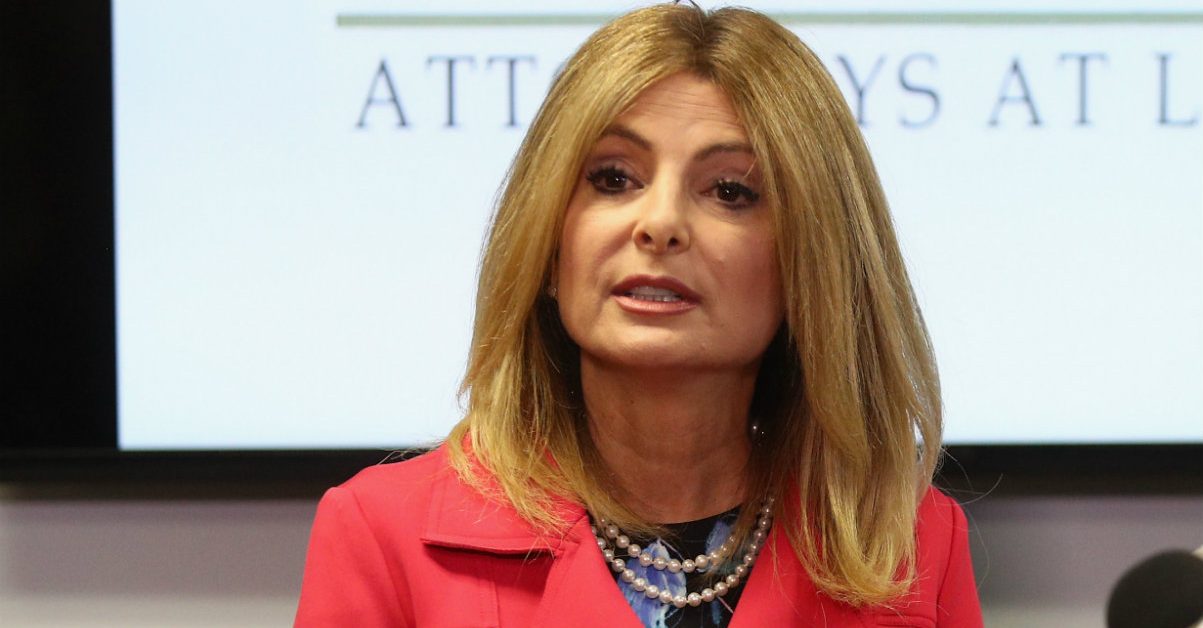 Somehow, a Wednesday headline in The Telegraph credited celebrity feminist lawyers Lisa Bloom and Gloria Allred equally for taking Harvey Weinstein down, and people were not happy about it.

Here’s what The Telegraph headline and subhead in question initially said:

Gloria Allred, lawyer for two women who testified against Weinstein, and daughter Lisa Bloom on their next quest for justice

It is true that Bloom and Allred are both attempting to bring down Britain’s Prince Andrew for his alleged participation in dead pedophile Jeffrey Epstein’s child sex-trafficking ring. Last week, Allred recently put Andrew’s face on school bus ad that circled London. The ad said: “If you see this man please ask him to call the FBI to answer their questions.”

Bloom represents a number of Epstein’s victims. Earlier in February, she said that a witness had come forward and said that she saw Prince Andrew and Virginia Roberts Giuffre together at a nightclub in 2001. Giuffre claims Epstein forced her to have sex with Prince Andrew on three separate occasions between 2001 and 2002. The royal has denied it all, including ever meeting Giuffre–despite being photographed with her. He says it’s a fake photo.

It is not true that Bloom brought down Harvey Weinstein. At a minimum, she was his lawyer. But a “jaw-dropping” memo Bloom once sent to Weinstein came out in 2019 along with the book, She Said: Breaking the Sexual Harassment Story That Helped Ignite a Movement. The memo, which you can read below, showed Bloom counting the ways they could smear, discredit, and undermine Weinstein accusers. Many remarked that this was proof Bloom had enabled Weinstein. 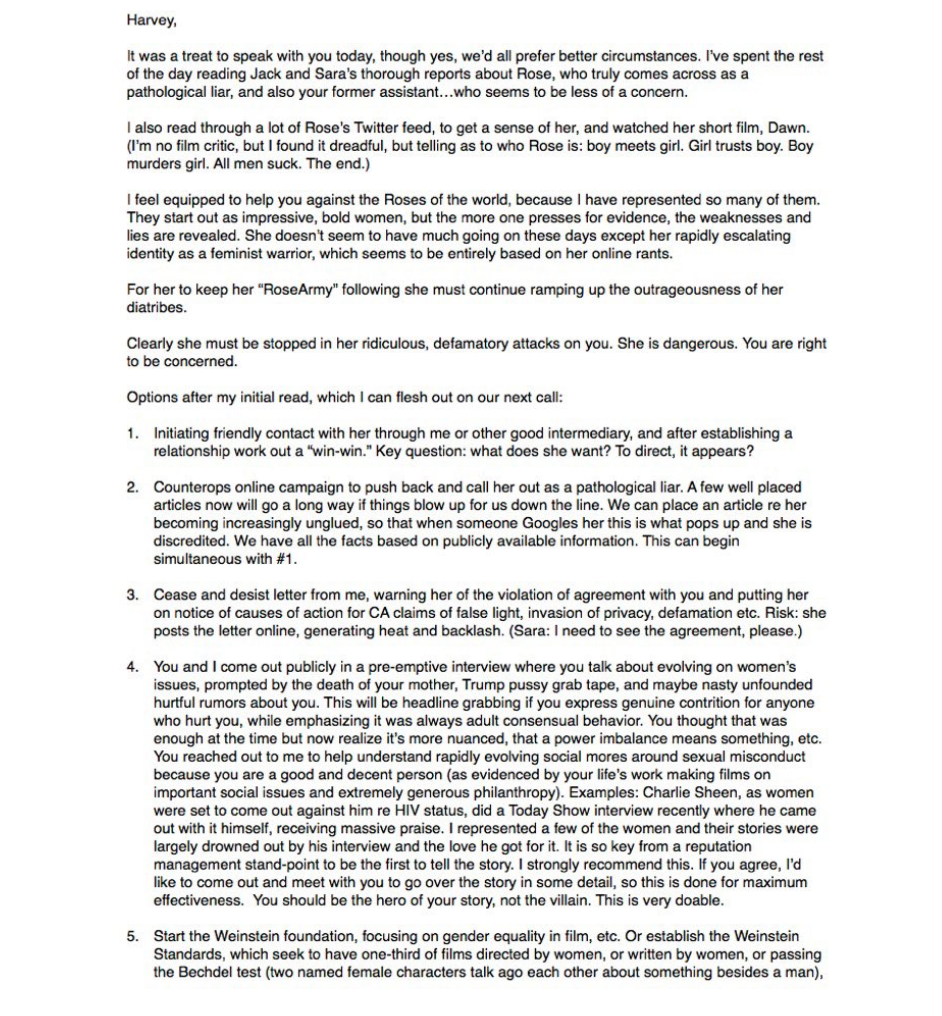 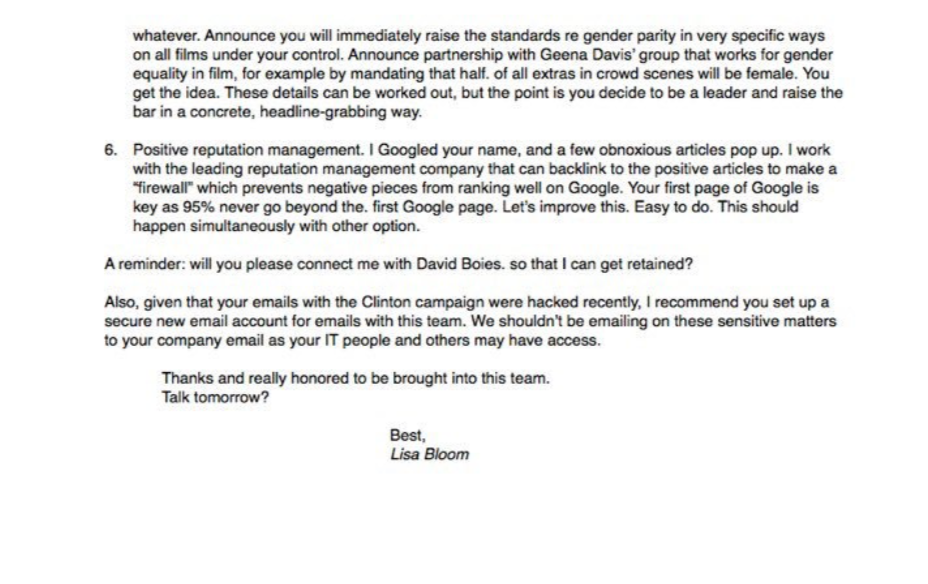 Bloom apologized for the “colossal mistake” she made “working for Weinstein two years ago.”

While painful, I learn so much more from my mistakes than my successes.

To those who missed my 2017 apology, and especially to the women: I am sorry.

Here are the changes I've made to ensure that I will not make that mistake again. pic.twitter.com/FSSl3qrFjQ

It should also be noted that Gloria Allred called the New York Times reporters who wrote She Said “ignorant” for suggesting that non-disclosure agreements–including one her firm negotiated for a Weinstein victim–amount to a betrayal of #MeToo:

And then there was Gloria Allred, the crusading feminist lawyer, whose law firm, in 2004, negotiated a nondisclosure agreement for one of Weinstein’s victims; the firm pocketed 40 percent of the settlement. “While the attorney cultivated a reputation for giving female victims a voice,” Kantor and Twohey write, “some of her work and revenue was in negotiating secret settlements that silenced them and buried allegations of sexual harassment and assault.” Allred went on to do the same with women who had been abused by the Fox News host Bill O’Reilly and the Olympics gymnastics doctor Larry Nassar. In 2017, after a group of lawyers in California persuaded a state legislator to consider a bill that would ban confidentiality clauses muzzling sexual harassment victims, Allred denounced the move and threatened to go on the attack.

Gloria Allred, lawyer for two women who testified against Weinstein, and daughter Lisa Bloom on their next quest for justice

Reaction to the initial headline was one of widespread outrage and disbelief.

Lisa Bloom orchestrated a smear campaign against Weinstein’s accusers! She was his lawyer! pic.twitter.com/7M8twI4vGg

“Ronan,” Lisa Bloom said—like an absurdly overwritten supervillain—when he confronted her over her using what he told her to help Weinstein even though he’d specifically asked her not to tell his people, “I am his people.” https://t.co/WrJqSfDf8P

The Law&Crime archives from Oct. and Nov. 2017 illustrate how quickly Bloom admitted to making a “colossal mistake” by going to bat for Weinstein.

Oct. 6, 2017: People credit you for getting Bill O’Reilly fired from Fox News. Isn’t it hypocritical for you to represent Harvey Weinstein?

Oct. 7, 2017: Lisa Bloom resigns as an advisor to Harvey Weinstein.

Oct. 15, 2017: Lisa Bloom admits she made a “colossal mistake” representing Weinstein, admits the situation caused a “rift” between her and her mom, Gloria Allred.

Oct. 18, 2017: Bloom was reportedly made aware of the allegations against Weinstein, a prominent Democratic donor, at the height of the 2016 election.