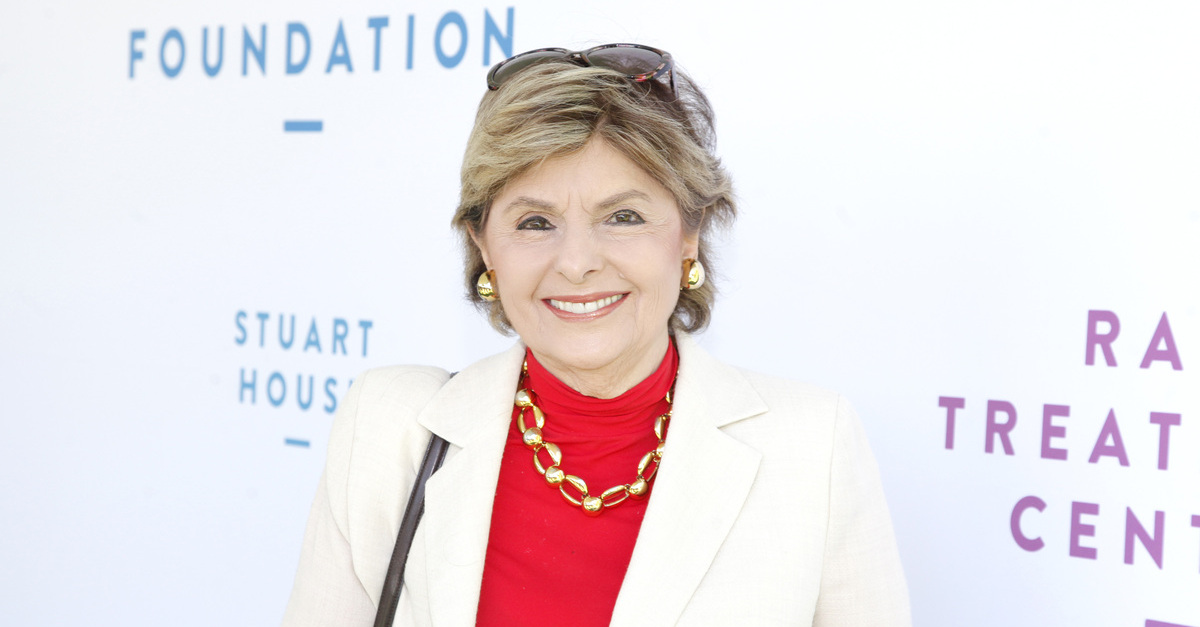 Celebrity attorney Gloria Allred recently had some unkind and reproving words for certain journalists who, she claims, just don’t understand the complicated job of practicing law.

According to a Los Angeles Times write-up of a recent red carpet soirée in Hollywood, Allred laid into two New York Times journalists for a recent spate of negative press over her role in the ecosystem of sexual abuse and lawyer-guided silencing of female victims.

Jodi Kantor and Megan Twohey have called into question whether the old school feminist crusader’s work always produces the best outcome for her clients. In their recent book “She Said” and during a episode of The Daily podcast, the duo argued that Allred actually pressured her clients to accept secret settlement agreements instead of standing to face their accusers in court.

The book chronicles how Kantor and Twohey broke the Harvey Weinstein scandal in a 3,330-word article released on October 5, 2017. In that effort, Allred is painted as part of the problem.

A laudatory review from the New York Times in September notes:

And then there was Gloria Allred, the crusading feminist lawyer, whose law firm, in 2004, negotiated a nondisclosure agreement for one of Weinstein’s victims; the firm pocketed 40 percent of the settlement. “While the attorney cultivated a reputation for giving female victims a voice,” Kantor and Twohey write, “some of her work and revenue was in negotiating secret settlements that silenced them and buried allegations of sexual harassment and assault.” Allred went on to do the same with women who had been abused by the Fox News host Bill O’Reilly and the Olympics gymnastics doctor Larry Nassar. In 2017, after a group of lawyers in California persuaded a state legislator to consider a bill that would ban confidentiality clauses muzzling sexual harassment victims, Allred denounced the move and threatened to go on the attack.

Widespread plaudits for the book have put Allred on her heels–forcing her to respond to the #MeToo-based criticism.

“I felt that, frankly, the New York Times reporters seem to be new to the issue of confidential settlements,” Allred told the LA Times during that red carpet event. “I do understand they have a different role than I have. Reporters want to know everything, because that’s their job. I don’t criticize them, because that’s their job. But my job is not to be a member of the press. My job is to put my client first.”

But that wasn’t the high-profile lawyer’s first swipe at her detractors.

Allred used even harsher language in a recent LA Times op-ed criticizing the New York Times journalists and “She Said.”

The criticism of “hush money” payments, however, is that such deals necessarily require non-disclosure agreements (NDAs), which outline typically severe financial disincentives for victims to go public with their stories. In other words: women who sign NDAs with their alleged assailants and then later complain will likely be sued.

Allred confirmed that most of her clients take settlements.

“So yeah, the press is like, ‘That’s not right. They’re not helping other women,’ ” she said. “Women are really always socialized to put everybody else first. Put your children first, put your husband first. When do they get to put themselves first? If they can do a confidential settlement, why don’t they get to do that?”

She then went on to blame society itself for the criticism.

And Allred wasn’t quite done tearing into Kantor and Twohey’s thesis:

There’s nothing wrong with being paid to represent a client. They get paid to write their stories for the New York Times, last time I checked. They didn’t do it for free, did they? I don’t criticize them because they’re getting paid to do a story or sell their book. Fine, God bless them. I hope they make a lot of money. But unfortunately for them, they don’t understand the practice of law. They’re like, ‘We’re shocked there’s gambling in Casablanca!’ They didn’t say that, but that’s it in essence.

[image via Tibrina Hobson/Getty Images for The Rape Foundation]