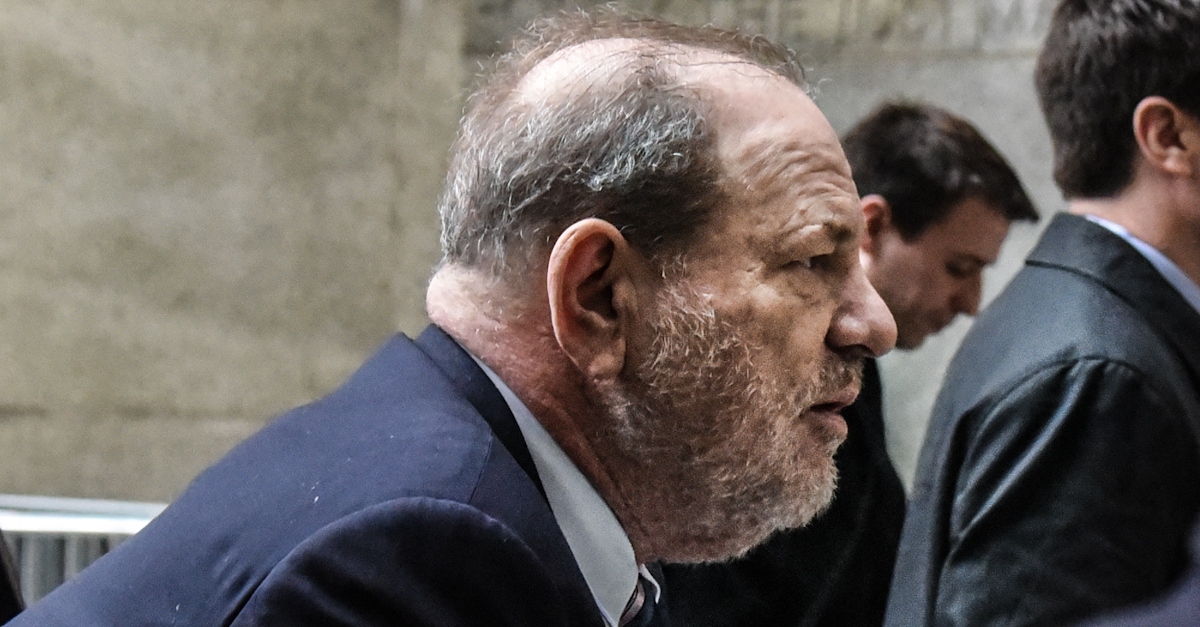 Disgraced Hollywood producer Harvey Weinstein was convicted in the alleged 2013 rape of former actress Jessica Mann, and 2006 sexual assault of former production assistant Mimi Haleyi. These are the lesser charges: criminal sexual act in the first-degree (Haleyi), and rape in the third-degree (Mann).

#BREAKING: #WeinsteinTrial – Harvey Weinstein WILL be remanded into custody today. He will be in jail awaiting his sentencing that's set for March 11. pic.twitter.com/nxmPO1WF2I

In a way, the case was less about the alleged assaults, and more about the context around these incidents. It was established at trial that both women maintained contact with the defendant afterward. The defense–in statements by lawyers Donna Rotunno and Damon Cheronis–maintained that these alleged assaults were actually consensual encounters, and that Mann and Haleyi used Weinstein for professional purposes.

Prosecutors, led by Joan Illuzzi-Orbon, argued that these were relationships marked by severe power imbalances, and that the alleged victims were highly vulnerable. Haleyi, for example, didn’t report her assault because she lacked a visa, and worried about getting deported, the state said. Mann–who lacked real world experience after growing up in a small town–was treated by Weinstein like a ragdoll, said Illuzzi-Orbon. This was more like the relationship between a child and abusive parent, the state asserted.

Both sides explicitly fought over evolving ideas on what constitutes sexual misconduct and abuse, especially when it comes to people who already know each other. Prosecutors called forensic psychiatrist Dr. Barbara Ziv as expert witness to debunk rape myths, and attempted to apply the testimony to this case. For example, the doctor testified that many alleged victims often maintain relationships with their attackers, and they don’t report incidents.

Indeed, actress Annabella Sciorra–who testified that Weinstein raped her in her apartment in the early 1990s–said that, at the time, she thought rape was something done in back alleyways by a stranger. The defendant, however, was a colleague in the movie industry. Dawn Dunning, Tarale Wulff, and Lauren Young also testified. All three women accused Weinstein of various forms of sexual misconduct.

EVERYONE who watches the Debrief should read the verdict sheet (attached here again) to understand what the jury is going through. https://t.co/gqS4tYkppR pic.twitter.com/PAVXqRDuq3

Jurors had to work through a convoluted verdict sheet to make their decision on a total of five charges. Count one was predatory sexual assault. That required the jury to believe both the Haleyi and Sciorra allegations. Count two was criminal sexual act in the first degree. They could only convict the defendant of this if they believed Haleyi’s story, but not Sciorra’s. They could not consider this if they had already found Weinstein guilty of count one.

Count three was predatory sexual assault. Jurors must have believed both Mann and Sciorra to convict. Also note that it’s kind of a package deal with count one because if jurors didn’t believe the Sciorra allegation, then it would be an acquittal on both counts one and three. Jurors also would not consider counts four and five if they convicted on count three. Count four was rape in the first degree. Jurors must have believed Jessica Mann to convict, but they could only consider this charge if they didn’t believe the Sciorra allegation. Count five was rape in the third degree. Jurors could only consider this if Weinstein is acquitted on counts three and four.

Taking the verdict at face value, it’s clear Sciorra’s story was a sticking point for the jury

Weinstein publicist Juda Engelmayer previously signaled that the defense would fight a conviction.

“We think there are several aspects that are opening this judge up to an appeal if necessary,” he told Law&Crime Network host Jesse Weber in an interview.

Before deliberations started, the defense tried and failed to get a juror kicked off the case.

#HarveyWeinstein defense failed to get Juror 11 kicked off once again, this time for allegedly posting a review two weeks ago on a book about sexual assault and a predatory male

The story wouldn’t be over, even with a full acquittal, however. Weinstein still faces pending charges out in Los Angeles County, California. He allegedly forced his way into a hotel room on February 18, 2013, and raped a woman. Then he sexually assaulted another woman at a hotel suite the next day, prosecutors said. More than 80 women have accused Weinstein of sexual abuse. Through attorneys and spokespeople, the defendant has denied all allegations of nonconsensual sex.