Kris Kobach Once Botched a Case So Badly That a Judge Ordered Him to Take Extra Law Classes. SCOTUS Just Refused to Hear That Case. 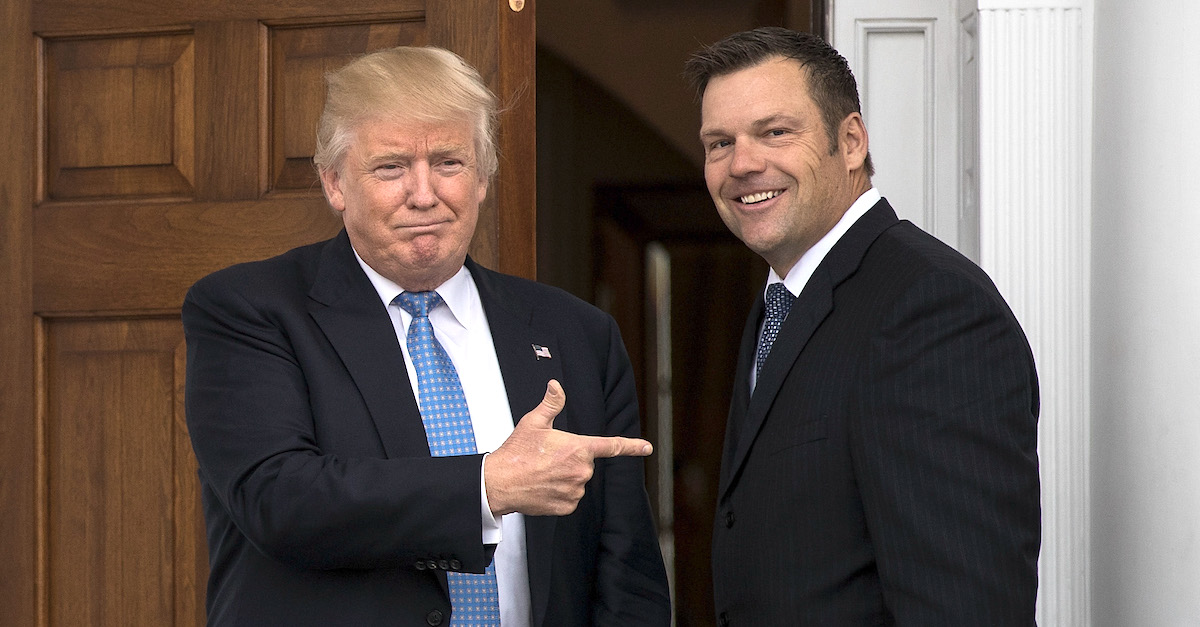 With little fanfare, the U.S. Supreme Court on Monday refused to take a case originally championed by Donald Trump ally, former U.S. Senate candidate, primary election loser, and general counsel of “We Build the Wall” Kris Kobach. The case attempted to resuscitate a 2011 Kansas law that required people to provide documents — e.g., a birth certificate or a passport — to prove they were U.S. citizens when they registered to vote. The U.S. Court of Appeals for the Tenth Circuit struck the law down in April by ruling that it violated the constitution’s Equal Protection Clause and the National Voter Registration Act.

Kobach, who was the Secretary of State in Kansas when the law passed, personally argued to support the law before a lower federal judge in U.S. District Court for the District of Kansas. His performance did little to assist his advocacy. Judge Julie Robinson said Kobach engaged in a “pattern and practice . . . of flaunting disclosure and discovery rules that are designed to prevent prejudice and surprise at trial.” It was so bad that Judge Robinson ordered Kobach to submit to six hours of continuing legal education courses involving “federal or Kansas civil rules of procedure or evidence.” The six hours were ordered “in addition to any other CLE required by his law license” (emphasis in original).

The court finds no credible evidence that a substantial number of noncitizens registered to vote . . . [i]nstead, the law has acted as a deterrent to registration and voting for substantially more eligible Kansans than it has prevented ineligible voters from registering to vote.

Kobach lost the case before the district court and lost again on appeal to the Tenth Circuit. The justices there noted district court findings that, “at most, 67 noncitizens registered or attempted to register in Kansas over the last 19 years,” but that Kobach’s law prevented 31,089 applicants from registering to vote because they failed to provide documentation proving citizenship.  Of that latter number, 16,802 applications came through the Kansas Division of Vehicles.

Extrapolating percentages based on these numbers, the total number of confirmed noncitizens who successfully registered to vote between 1999 and 2013 is .002% of all registered voters in Kansas as of January 1, 2013. Of the estimated 115,500 adult noncitizens in Kansas, .06% have successfully registered or attempted to register to vote since 1999. And, the number of attempted noncitizen registrations since [Kobach’s] law became effective in 2013 is .09% of the total number of individuals canceled or suspended as of March 31, 2016, for failure to provide [citizenship documents].

By the time the case wound up before the U.S. Supreme Court, it was styled as Schwab v. Fish. Justice Neil Gorsuch did not take part in the consideration of the petition, possibly because it arose before the Tenth Circuit, where Gorsuch recently sat before joining the nation’s highest court. (Gorsuch wasn’t part of the three-judge panel which actually ruled on the case, though.)

The litigation attempted to springboard off of Crawford v. Marion County Election Board, which in 2008 upheld Indiana’s photo identification election law. The State of Kansas went much further, however, and summed up its own laws as such:

In the wake of Crawford, the Kansas Legislature refined its election security laws in several ways by passing the Kansas Secure and Fair Elections (SAFE) Act.

The state further noted that the issue was not whether citizenship was required to vote. It is. The issue was how far the state may go in demanding proof thereof.

Dale Ho, who argued the case as director of the ACLU’s Voting Rights Project, reacted to the Supreme Court’s rejection of the matter.

“Tens of thousands of Kansas voters were illegally denied the most fundamental right in our democracy because of this law,” Ho said.  “The Supreme Court’s decision not to review the case will finally close this chapter on Kris Kobach’s sorry legacy of voter suppression.”