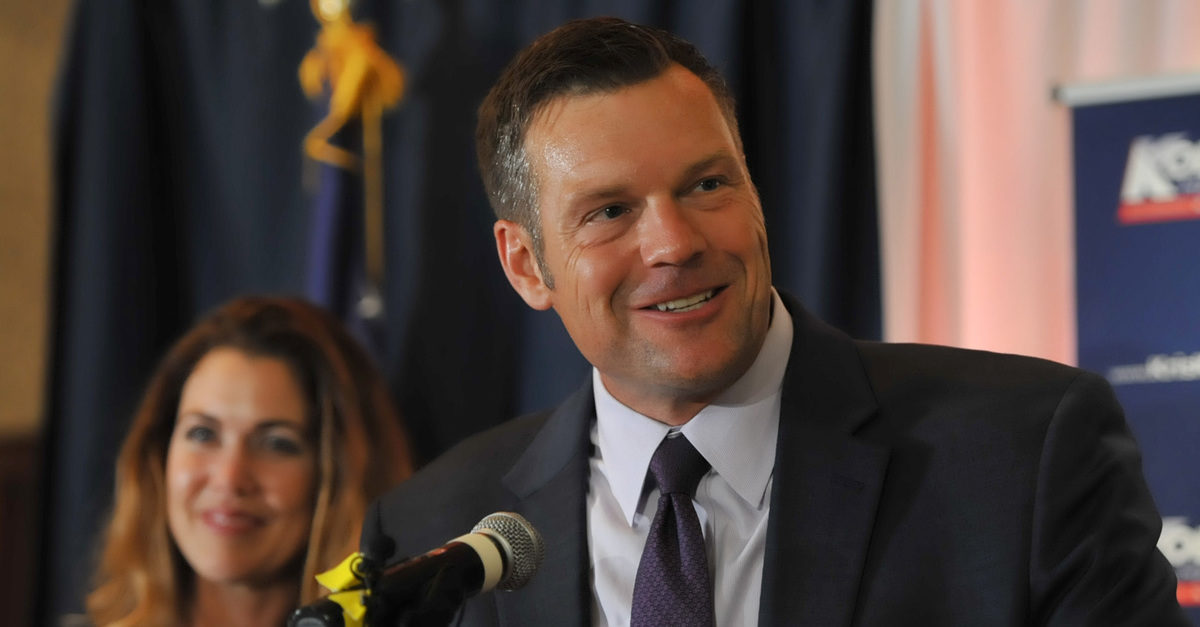 A federal appellate court rejected Kansas’s attempt to reinstate a law championed by its former secretary of state Kris Kobach, requiring documentary proof of citizenship (DPOC) to register to vote. The court found that the law violated the Equal Protections Clause of the U.S. Constitution, as well as the National Voter Registration Act (NVRA).

A three-judge panel on the Tenth Circuit Court of Appeals on Wednesday upheld a permanent injunction issued by U.S. District Judge Julie Robinson in a 2018 decision, which rebuked then-secretary of state Kobach and ordered him to complete an additional six hours of legal education before he could renew his law license for the upcoming year.

The law that required people to provide proof of citizenship such as a passport or birth certificate in order to register to vote and was widely viewed as part of Kobach’s larger effort to suppress votes in the state.

Following the decision, the American Civil Liberties Union (ACLU), which filed the initial lawsuit on behalf of the League of Women Voters of Kansas, implored the state to move on from Kobach’s “sorry legacy.”

Now, the ball is in @KansasSOS's court to turn the page on Kris Kobach’s sorry legacy of voter suppression, drop any further appeals, and work with us to ensure the right to vote for ALL eligible Kansans.

In analyzing whether Kansas’s DPOC requirement violated the Fourteenth Amendment’s Equal Protection Clause, the court performed a balancing test which weighed the “burdens the voting requirement imposes against the interest the government asserts.”

Basing their application of the test on the district court’s finding that the DPOC requirements prevented 31,089 applicants from registering to vote, the court concluded that the burden imposed on voting rights were “significant and require[d] heightened scrutiny.”

Kansas’s secretary of state argued that the DPOC requirements protected the state’s interests in protecting the accuracy and integrity of the electoral process, and preventing voter fraud. The court agreed that such interests were legitimate in the abstract, but found no evidence that the law’s requirements furthered those interests in any meaningful way, particularly in light of the district court’s finding that “at most, 67 noncitizens registered or attempted to register to vote in Kansas” since 1999.

“The district court found that, even under calculations from one of the Secretary’s experts, the estimated number of suspended applications that belonged to noncitizens was ‘statistically indistinguishable from zero,’ while ‘more than 99% of the individuals’ whose voter-registration applications were suspended were citizens who presumably would have been able to vote but for the DPOC requirement,” the court wrote.

Due to the obvious disparity, the court held that the facts of the case simply did not support the conclusion that Kansas’s legitimate interests justified the burden the DPOC law imposed on the right to vote.

The court also held that the law violated the NVRA by requiring applicants to provide information in excess of that required under federal law, reasoning that the secretary failed to present any evidence that a “substantial number of noncitizens” had successfully registered to vote in Kansas.

“Thus, the DPOC requirement necessarily requires more information than federal law presumes necessary for state officials to meet their eligibility-assessment and registration duties. And so we conclude that Kansas’s DPOC law is preempted by section 5 of the NVRA. We uphold the district court’s entry of a permanent injunction against the enforcement of the DPOC requirement as to those voters who sought to register under section 5 of the NVRA.”

See below for the full Tenth Circuit decision.