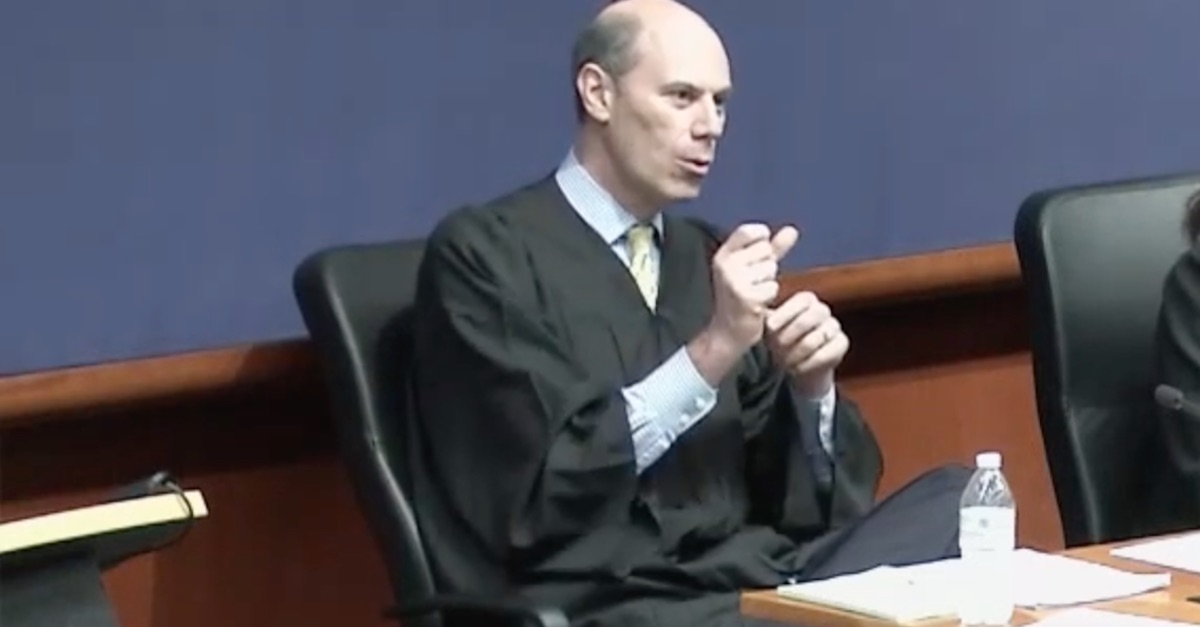 A federal judge was so dismayed by a Republican lawsuit that bizarrely attempted to sue the Electoral College and Vice President Mike Pence—among many others—that he wrote in a memorandum opinion on Monday that he’s considering referring the attorney behind it for “potential discipline.”

We know that U.S. District Judge for the District of Columbia James Boasberg doesn’t much like lengthy footnotes, so it should come as no surprise that he unequivocally dismantled what legal observers have dubbed Republicans’ “single dumbest election lawsuit” and the 310 footnotes therein. And, no, this was not the suit that Rep. Louie Gohmert filed (that was in a federal court in Texas).

The judge summed up the case this way:

Plaintiffs’ aims in this election challenge are bold indeed: they ask this Court to declare unconstitutional several decades-old federal statutes governing the appointment of electors and the counting of electoral votes for President of the United States; to invalidate multiple state statutes regulating the certification of Presidential votes; to ignore certain Supreme Court decisions; and, the coup de grace, to enjoin the U.S. Congress from counting the electoral votes on January 6, 2021, and declaring Joseph R. Biden the next President.

From here, the judge counted the lawsuit’s failures and said these would be “risible” if the lawsuit’s aims weren’t “so grave” as they are.

“In addition to being filed on behalf of Plaintiffs without standing and (at least as to the state Defendants) in the wrong court and with no effort to even serve their adversaries, the suit rests on a fundamental and obvious misreading of the Constitution. It would be risible were its target not so grave: the undermining of a democratic election for President of the United States. The Court will deny the Motion,” Judge Boasberg began.

“To say that Plaintiffs’ 116-page Complaint, replete with 310 footnotes, is prolix would be a gross understatement,” the judge added.

Judge Boasberg, an appointee of President Barack Obama, previously picked up on futility of serving the Electoral College, issuing an order stating that “as soon as Plaintiffs file proofs of service on all Defendants, a briefing schedule and hearing shall be set.”

On Monday, the judge said the plaintiffs failed to “make any effort to serve or formally notify any Defendant — even after reminder by the Court in its Minute Order,” which, the judge said, “renders it difficult to believe that the suit is meant seriously.”

The judge then threatened that, at the end of the case, he will decide “whether to issue an order to show cause why this matter should not be referred to its Committee on Grievances for potential discipline of Plaintiffs’ counsel.”

That lawyer is Erick G. Kaardal, identified in the suit as Special Counsel for Amistad Project of Thomas More Society. Kardaal’s Twitter bio refers to him as a “Populist attorney who has made career suing the government.” He is a partner at Mohrman, Kaardal & Erickson, P.A., a firm whose offices are based in Minneapolis, Minnesota.

“Courts are not instruments through which parties engage in such gamesmanship or symbolic political gestures,” the judge concluded. “Plaintiffs have established no likelihood of success on the merits here, the Court will deny their Motion for Preliminary Injunction.”