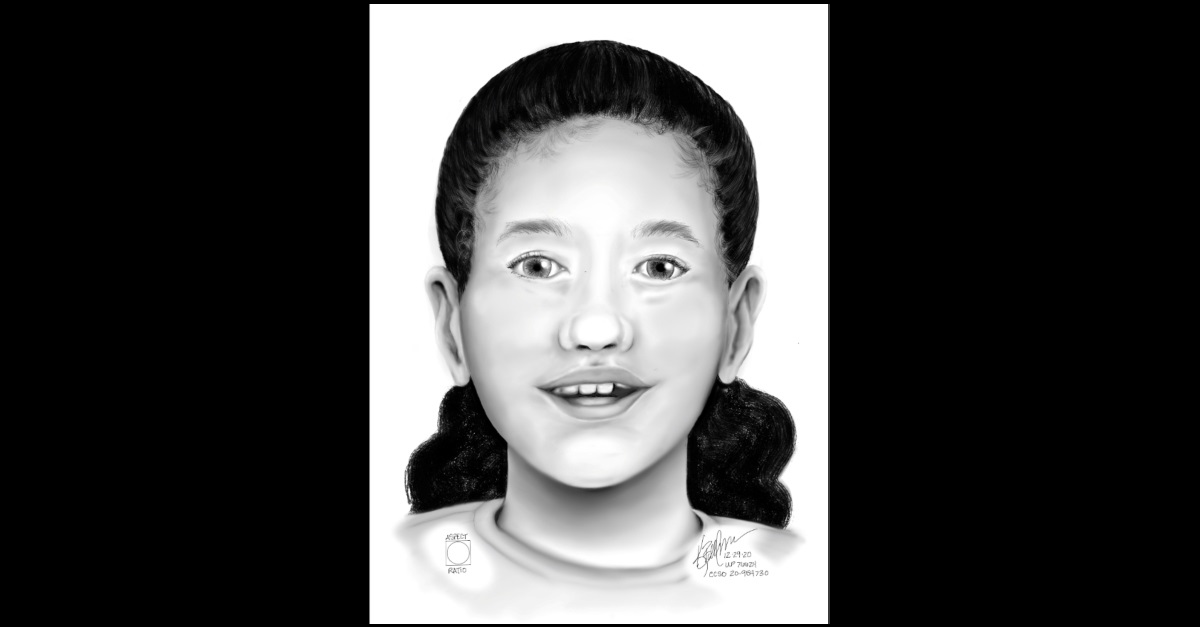 The Oregon State Police need the public’s help in identifying a young girl recently found dead in rural Lincoln County. They don’t know who she is, but they do have a sketch approximating what they think she might have looked like in life.

In a Dec. 29th statement obtained by Law&Crime, cops aid they were called out to the heavily wooded H.B. Van Duzer Forest State Scenic Corridor. There, they found remains of a young girl. They could not ascertain her race or ethnic origin.

They could only estimate her age to be somewhere between six and a half to ten years old. The girl had long hair that was either dark brown or black. They did not even announce a precise height for the child, saying only that she stood between 3’10” to 4’6″ tall.

They suggested based on the condition of the girl’s body, which was not described, that the girl had been dead at least 30 days before the discovery.

In an update on Monday, cops said they managed to get the new sketch with the help of the Clackamas County Sheriff’s Office.

[Image via the Oregon State Police]