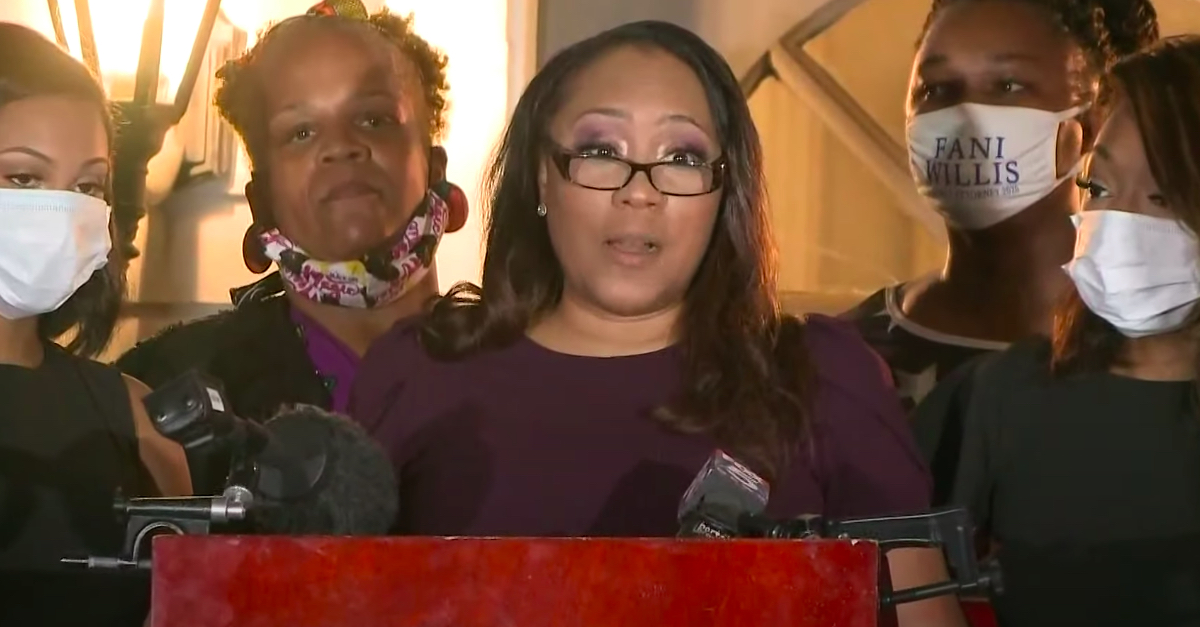 The newly-elected district attorney in Fulton County, Georgia isn’t wasting any time easing into the new role, vowing on Monday to impartially investigate President Donald Trump for allegedly attempting to manipulate the state’s presidential election results should the case be referred to her office by the state’s election board.

“Like many Americans, I have found the news reports about the President’s telephone call with the Georgia Secretary of State disturbing,” Fani Willis said, noting that a member of the election board had already requested the Election Division of the secretary of state’s office open a probe into Trump’s now-infamous call with Brad Raffensperger. “As I promised Fulton County voters last year, as District Attorney, I will enforce the law without fear or favor. Anyone who commits a felony violation of Georgia law in my jurisdiction will be held accountable. Once the investigation is complete, this matter, like all matters, will be handled by our office based on the facts and the law.”

The stunning phone call featured a belligerent and delusional Trump falsely insisting that he won the state “by hundreds of thousands of votes,” and threatening Raffensperger and the secretary’s general counsel Ryan Germany with possible criminal penalties, saying they were taking a “big risk” by defying him.

The Democratic DA’s statement comes on the heels of Willis trouncing her former boss and incumbent Fulton County DA Paul Howard in a runoff election in August. She pulled no punches in the weeks leading up to her election, explicitly accusing the scandal-plagued Howard of criminal conduct, accusing him of taking nearly $200,000 that was supposed to be transferred to a nonprofit organization for underserved communities.

“I think it’s a choice actually between integrity and corruption, good and bad. I think it’s a classic fight. We have a district attorney now that works for his own self-interest and seems to care about the things that benefit him and not the community,” Willis said in a pre-election interview with local NBC affiliate 11Alive.

“I believe he’ll be arrested for it and ultimately prosecuted before the year is out,” she added, calling his conduct “a criminal offense.”

Willis, an alumna of Howard University and Emory Law School, worked under Howard as an assistant district attorney for 16 years where she led the prosecution of 12 Atlanta Public School teachers accused of illegally correcting their students’ answers on standardized tests, resulting in 11 being convicted of racketeering.

She left the office in 2018 when she opened a private practice law firm specializing in criminal defense, business, and corporate litigation, civil forfeiture and family law.

Her victory in August made her the first female district attorney in Fulton County history. Fulton County, which includes Atlanta, is Georgia’s most populous county.