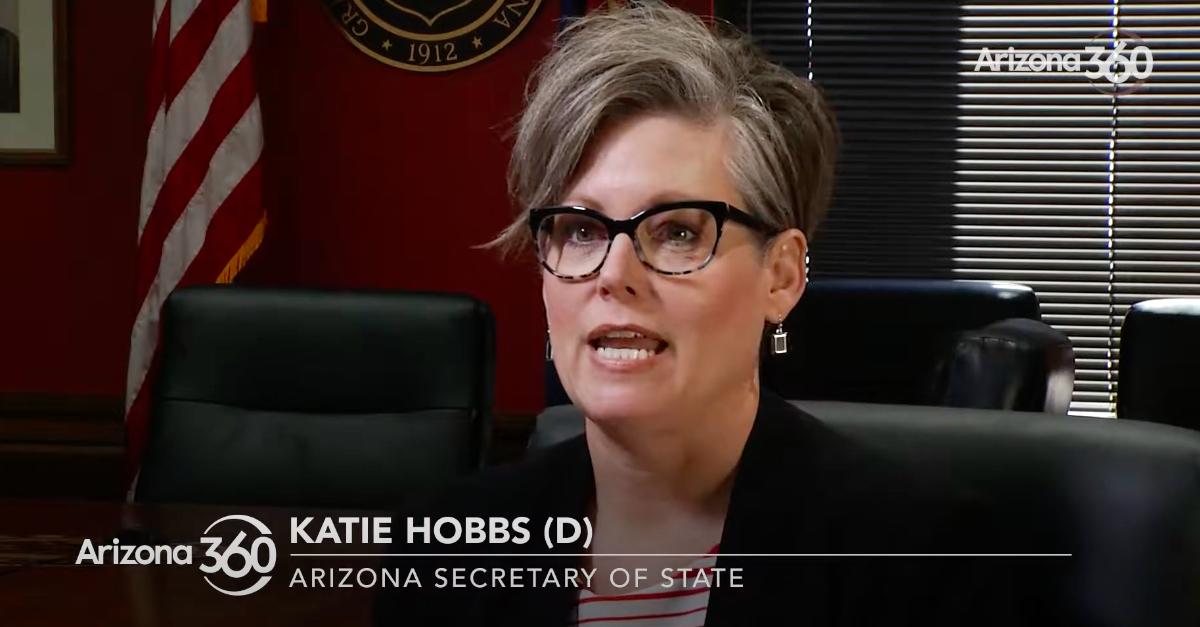 A Superior Court judge in Maricopa County, Arizona on Monday ordered the Arizona Republican Party to pay more than $18,000 in attorneys’ fees which were incurred through the GOP’s lawsuits challenging the results of the 2020 election. The party filed a lawsuit against Arizona Secretary of State Katie Hobbs (D) in November asking the court to perform a second hand-count audit of the county’s voting tabulations despite the fact that the initial hand-count audit showed no indication of any election irregularities or evidence of voter fraud.

In a brutal 10-page ruling, Judge John Hannah excoriated the state GOP for filing a “groundless” claim that was “without substantial justification,” saying the “relief sought was not legally available from the parties that were sued at the time the suit was filed.”

“The other parties pointed out these procedural defects in their motions to dismiss, but the plaintiff’s response to the motions barely addressed them,” Hannah wrote. “The response to the fee application mostly continues to brush them aside even though they were the basis of the dismissal order. The plaintiff focuses instead on what section 16-602 says about hand count audit procedures, on the reasons for the hasty filing of the complaint, and on perceived public concerns about the election’s ‘integrity’ or ‘legitimacy.’ None of that addresses the viability of the actual claims.”

Hannah also castigated the Republican Party and its attorneys for claiming that “every election is subject to being investigated, audited in strict accordance with the law, and challenged for falsity,” even after the election had already taken place.

“That statement shows the groundlessness of the plaintiff’s legal position, because it is flat wrong as a matter of law. A demand for ‘strict legal compliance’ with statutory election procedures is not cognizable after the election under any circumstances, including an election contest pursuant to A.R.S. section,” Hannah wrote. “An election challenge based on a procedural statute states a cause of action only if the plaintiff alleges that fraud has occurred or that the result would have been different had proper procedures been followed. To say as the plaintiff does that this case was ‘about auditing results, which by definition is simply checking them to ensure voter confidence and integrity,’ and that fraud was ‘not germane to the case,’ is to say that there was no colorable cause of action in the first place.”

The most egregious misstep from the GOP, however, appeared to be the admission in a previous filing that “public mistrust following this election motivated this lawsuit.”

“The plaintiff is effectively admitting that the suit was brought primarily for an improper purpose,” Hannah wrote. “It is conceding that the method of sampling ballots for the hand count audit is a minor procedural requirement, not a necessary step toward a fair election. It is saying that it filed this lawsuit for political reasons. ‘Public mistrust’ is a political issue, not a legal or factual basis for litigation.”

Hannah ordered the party to pay $18,238 in total attorneys’ fees for wasting everyone’s time on the taxpayer’s dime.

Jack Wilenchik, one of the lawyers who represented the state Republican party, said he would be appealing the decision.

“An order like this only serves to stop plaintiffs from rightfully invoking the courts to hear their issues, and it encourages public distrust in the government for being openly hostile to them,” he said in a statement to the Arizona Capitol Times. “For a county judge to say that widespread public mistrust in an election is an ‘improper’ reason for a political party to be in his court is sorely disrespectful to the view of the many Americans whom I am proud to represent.”