A Pennsylvania woman allegedly deepfaked a video and pictures of a teenage cheerleader, and also harassed two other cheerleaders who used to be friends of her daughter.

Raffaela Spone, 50, was arrested on March 4. Investigators said they began looking into this case back in July. A mother of one of the victims reported the girl got text messages and phone calls from blocked or unknown numbers telling her “you should kill yourself.” It was alleged that someone took pictures from the child’s social media, and altered them in order to make it seem like she had been drinking and vaping. One photo ostensibly showed the girl naked after her bathing suit was edited with her skin tone. A video, which was sent to the Victory Vipers cheer gym, apparently showed her vaping.

That was all a fabrication, cops said. They determined the footage was a deep fake or something like it.

According to the criminal complaint, a detective spoke with the mothers of two other girls. These women reported similar stories of harassment. One claimed to get text messages showing her daughter wearing a bikini, with images featuring captions like “toxic traits, revenge, dating boys, and smoking.” Another woman said she received images of her daughter. It was suggested through the harassing messages that the girl was “drinking at the shore, smokes, pot, and uses ‘attentionwh0re69’ as a screenname.” 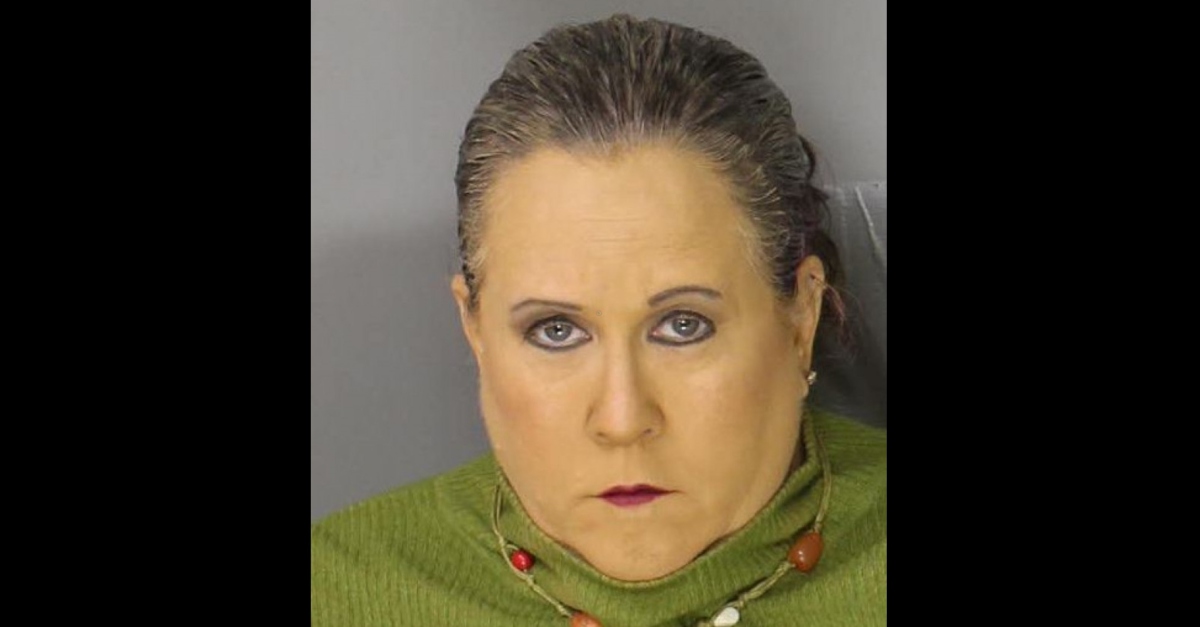 It turned out these two other girls were also connected to the Victory Vipers.

Cops said they got some search warrants, and traced the phone numbers to Spone. The defendant allegedly used the Pinger app to download and manipulate the images.

Bucks County District Attorney Matt Weintraub said in a press conference on Monday that each of the three victims were minors at the time. He said the images were all deepfakes. Each of the girls cheered at Victory Vipers.

He declined to elaborate on the alleged motive, simply describing the gym as the “nexus” between the girls and Spone. Weintraub emphatically absolved the defendant’s daughter of wrongdoing.

“She did absolutely nothing wrong,” he said. “And I would ask that you please respect her privacy. We have a care and concern for her as well.”

Media coverage on this story widely describe the girls as “rivals” to Spone’s daughter. One of the girls, 17-year-old Madi Hime, came forward on the record. She told WPVI in a Monday report that she and Spone’s daughter had been on the same cheerleading team. Hime, who was also the subject of the faked vaping video, said she got mysterious texts telling her to kill herself.

“I do get hate comments, nothing to this extreme, but I was really upset,” she said. “I was like, ‘Who says this to someone? Who thinks it’s ok?’ It made me more mad than upset.”

George Ratel, a father of one of the other girls, gave a similar account about the backdrop of all this: Spone’s daughter was friends with the three victims. He told The Philadelphia Inquirer it was his belief the harassment started after he and his wife told their daughter to stop hanging out with Spone’s daughter over that child’s behavior.

Spone attorney Robert Birch said his client denied the allegations, but he otherwise declined to comment, saying the district attorney did not present other evidence yet.

“She has absolutely denied what they’re charging her with and because of the fact that this has hit the press, she has received death threats,” he told WPVI. “She has had to go to the police herself, they have a report. Her life has been turned upside down.”

Spone faces three counts each of cyber harassment of a child, and harassment. A preliminary hearing is scheduled for March 30.