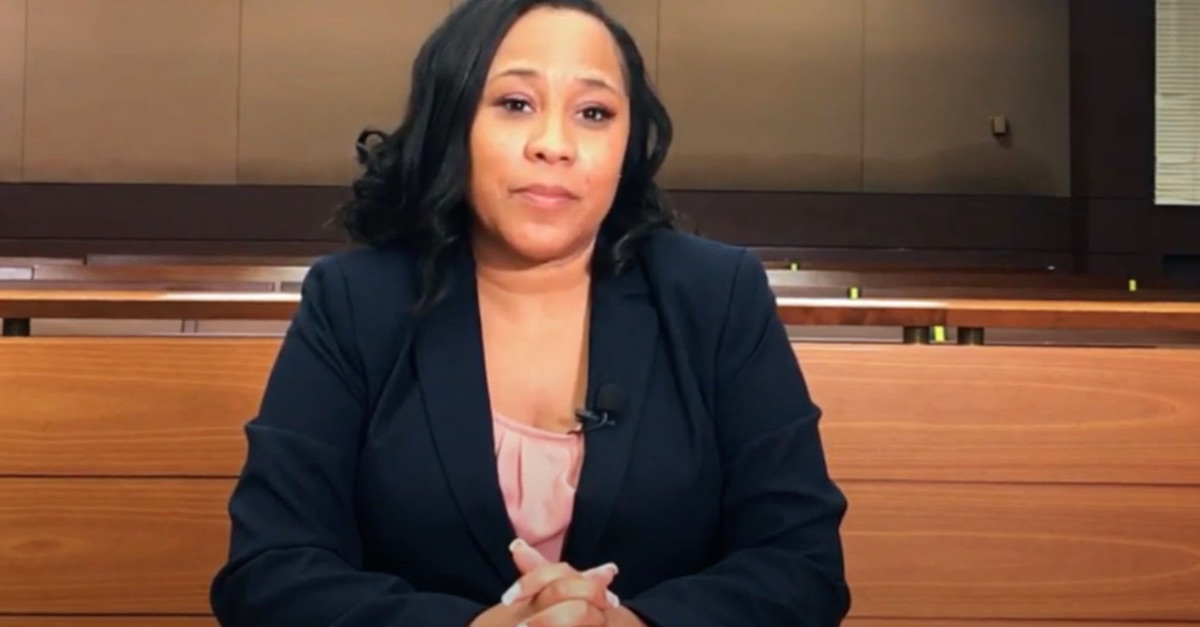 Fulton County, Georgia District Attorney Fani Willis may be looking to prosecute former president Donald Trump using a law familiar to fans of gangster properties like Goodfellas and The Sopranos.

The Peach State’s own permutation of the Racketeer Influenced and Corrupt Organizations (RICO) law is a less verbose and less expansive analogue of the federal RICO Act. The latter, of course, was famously passed with the express intent of eradicating organized crime—which, at the time, was essentially a euphemism for the Mafia.

Largely successful in that quest, at least with regards to the Italian mob, law enforcement has and continues to use RICO for myriad crimes. As with almost any law in the prosecutors’ toolbox, since it’s there, the state tends to use RICO when the opportunity arises.

But the popular connotations with La Cosa Nostra and RICO have since become so ingrained in the broader public consciousness that Willis herself directly addressed the law’s lineage when addressing jurors by employing some fairly crude and food-based stereotypes.

“You don’t under RICO have to have a formal sit-down dinner meeting where you eat spaghetti,” Willis said during a 2014 trial targeting public school teachers and administrators accused of organized cheating. “But what you do have to do is all be doing the same thing for the same purpose. You all have to be working towards that same goal. In this case, the goal (was to) inflate test scores illegally.”

(a) It is unlawful for any person, through a pattern of racketeering activity or proceeds derived therefrom, to acquire or maintain, directly or indirectly, any interest in or control of any enterprise, real property, or personal property of any nature, including money.

(b) It is unlawful for any person employed by or associated with any enterprise to conduct or participate in, directly or indirectly, such enterprise through a pattern of racketeering activity.

(c) It is unlawful for any person to conspire or endeavor to violate any of the provisions of subsection (a) or (b) of this Code section.

Considered an expert in application of that law, Willis also recently hired Atlanta-based attorney John Floyd—who was part of her 2014 team that convicted several teachers and administrators involved in the test score scandal—as an adviser to the DA’s office.

But skip the tea leaves reading here. The recently elected district attorney has not been shy about her office’s intent to potentially use Georgia’s state RICO statute if the widely-publicized Trump/election fraud phone call investigation leads to criminal charges.

According to the Atlanta-Journal Constitution, “Willis raised the possibility in letters to top state officials last month as part of her investigation into Trump’s Jan. 2 phone call with Secretary of State Brad Raffensperger and related events.”

Recall: After losing the 2020 presidential election, Trump called Raffensperger and reportedly made a series of evidence-free claims that may have leaned into the realm of pushing for state elections authorities to commit election fraud. Recent revelations, however, have cast some doubts about the content of that phone call.

Georgia attorney Page Pate, a WABE News and 11Alive legal analyst, told Law&Crime that he thought a RICO prosecution here would probably be a “stretch,” but added that Willis could probably make the charges stick if she tried.

“If anyone can do it, she can,” he said in an email. “That’s especially true now that she has brought John Floyd back to help her.”

Aside from newly-surfaced doubts as to whether publicly available audio actually suggests a Trump threat, Pate noted that the structure of the Georgia RICO law itself might make things a bit difficult considering the underlying alleged violations at stake.

“The problem here is finding an underlying ‘predicate’ crime that fits, and showing a RICO ‘enterprise.’ The only crimes I see are election fraud misdemeanors, but I only know the evidence that’s publicly available,” he explained. “As far as an enterprise, I guess you could say it’s the Trump Campaign, although it would have to extend beyond the formal entity to include associated supporters.”

Still, Pate added, the problems with securing a conviction might be nothing compared to the legal strain on the 45th president if he find himself charged.

“It’s going to be tough to structure a winning RICO case here, but if she can at least get a RICO indictment, her leverage is increased dramatically,” Pate said. “The last place Trump would want to be is in a Fulton County Superior Courtroom facing felony charges.”