Arkansas Has the Second Lowest Voter Turnout in the United States. Rights Groups Just Sued Over Bills That Further Restrict the Ballot. 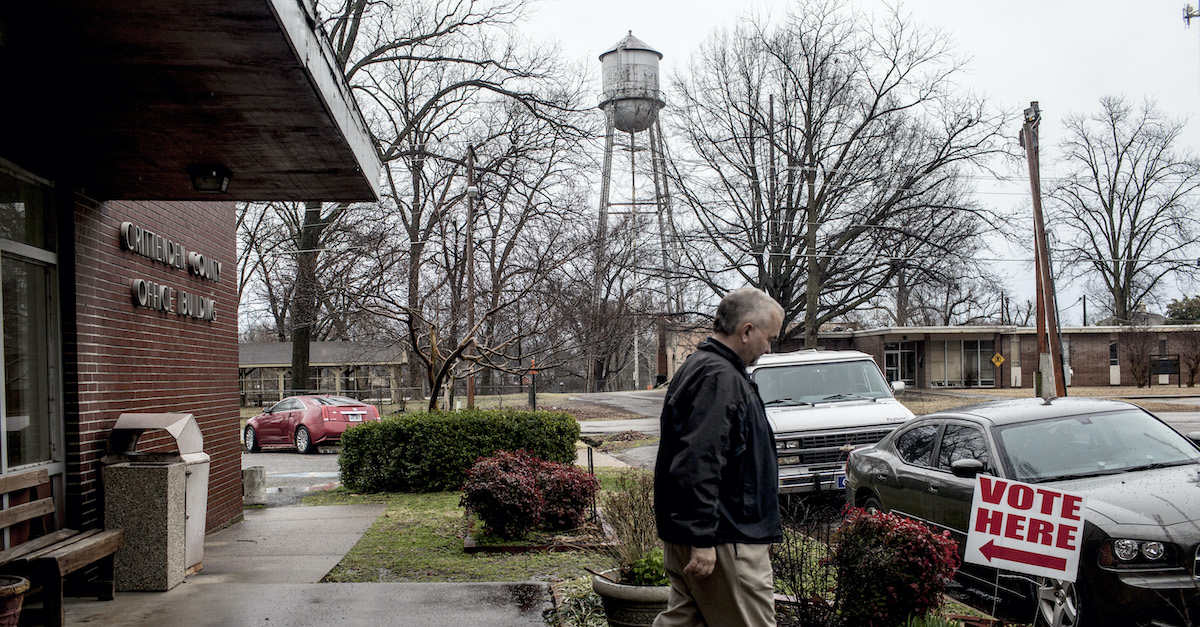 In 2020, Arkansas ranked as the U.S. state with the second-lowest voter turnout. Only Oklahoma did worse in terms of democratic participation, and so the Natural State’s Republican-controlled legislature snapped into action. They adopted a suite of four bills that further restrict access to the ballot.

Challenging this quartet of bills, two civil rights groups—the League of Women Voters of Arkansas and Arkansas United—claim that the measures will further exacerbate the state’s “long and dismal tradition of abysmally low voter turnout.”

The filing of the lawsuit was announced on Wednesday evening by Democracy Docket, an advocacy group associated with the Democratic Party’s lawyer Marc Elias, whose firm Perkins Coie represents the plaintiffs.

“Arkansas has exhibited a troubling pattern of strikingly low voter turnout for at least the last twenty years,” their complaint states. “And when Black voter turnout in Arkansas is isolated, it is even more alarming. In the November 2020 election, the turnout rate for Black voters was more than 11% lower than white voters in Arkansas and it was the third lowest rate among Black voters in the country, according to data from the U.S. Census Bureau.”

The four bills at issue in the lawsuit are:

The complaint quotes the sponsor of the signature-match legislation, Arkansas Rep. Mark Lowery (R-Little Rock), as conceding that the technology used to enforce it is “ripe with errors” and that elections officials received no training in it.

“The burdens that the Challenged Provisions impose on voters cannot be justified by a compelling or, in many cases, even a legitimate state interest,” the 38-page complaint states. “It is plain, from both their arbitrary nature and their context, that their true purpose is to make it harder for lawful Arkansas voters to successfully exercise their right to vote. These new voter suppression laws will only exacerbate Arkansas’s dismal voter-turnout rates—especially among Black voters.”

Lowery did not immediately respond to an email requesting comment.

The office of Arkansas Secretary of State John Thurston declined to comment.

Across the country, Republican-dominated legislatures have been justifying ballot restrictions on the need for “voter integrity,” a catchphrase largely stemming from fears of voter fraud amplified by former President Donald Trump’s false claims that the 2020 election was stolen.

The voting rights groups notes that the specter of fraud was no more real in Arkansas than it was elsewhere in the United States.

“Not one of the members of the state’s 75 county boards of election commissioners could cite any evidence of voter fraud,” the lawsuit states.

Filed in Arkansas’s Circuit Court of Pulaski County, all four laws are challenged for alleged violations of the state’s constitution.

Read Democracy Docket’s copy of the lawsuit below: