A shocking video from Tuesday showed an 11-year-old girl bravely fighting off a man who was trying to kidnap her at a school bus stop in Escambia County, Florida. Now Alyssa Bonal is speaking out about what was going through her mind at the time and what she remembered about the suspect, identified as 30-year-old Jared Paul Stanga.

“What is he going to do with me? Where is he going to […] where am I going to be at? What is my family going to think?” Alyssa recalled thinking, telling WKRG that she was “scared” and “anxious.” But Alyssa had her thinking cap on at the time and made sure that the suspect was “caught blue-handed,” as her mother Amber Bonal put it. Alyssa was playing with a blue slime toy when the suspect attempted to drag her into his vehicle.

“He had a knife in his hand. I tried running off but he grabbed me. He took me with his arm and I was able to get him down to the ground and I was able to get away,” Alyssa said. But the blue slime ended up playing a role in Stanga’s arrest. He allegedly had blue slime all over his arms when he was caught. Apparently, the girl’s binge-watching of the TV show Law & Order: SVU gave her the idea to leave some evidence behind.

“Her first words were, ‘Somebody tried to kidnap me. He grabbed me by my throat and he had a knife.’ She said she was able to kick and she tripped him and freed herself,” Amber Bonal said in an interview with the Pensacola News Journal. “She said, ‘Mom, I had to leave some sort of evidence behind, like on Law & Order SVU.’ We’ve watched probably every episode on Hulu. She’s a smart cookie, she thinks on her toes. She got that slime everywhere.”

Amber Bonal also told the News Journal that she recently and seemingly out of nowhere had a conversation with her daughter about what to do in a situation like this.

“Ironically, on Sunday, the neighbor’s little girl was over at our house, and I don’t know how or why it got brought up but I was telling them that if anyone ever tried to abduct you, you kick and scream and bite and yell,” the mother said. “I don’t care if they have a knife or a gun, you get away and you find the first open door, and she said that that was what was going through her head when the man grabbed her.”

Stanga allegedly had a knife; Alyssa could be seen kicking, pushing, and punching her attacker before he gave up a drove away. Then Alyssa found the first open door nearby. It was her neighbor Douglass Rudolph’s home.

“She comes running around the corner toward me hollering my name and some guy was trying to get her,” Rudolph told WKRG.

Escambia County Sheriff Chip Simmons said at a press conference on Tuesday that Alyssa is his “hero.”

“It doesn’t take a genius to figure out what [Stanga’s] intentions were, but they were not good,” the sheriff said. “So a life was saved.” 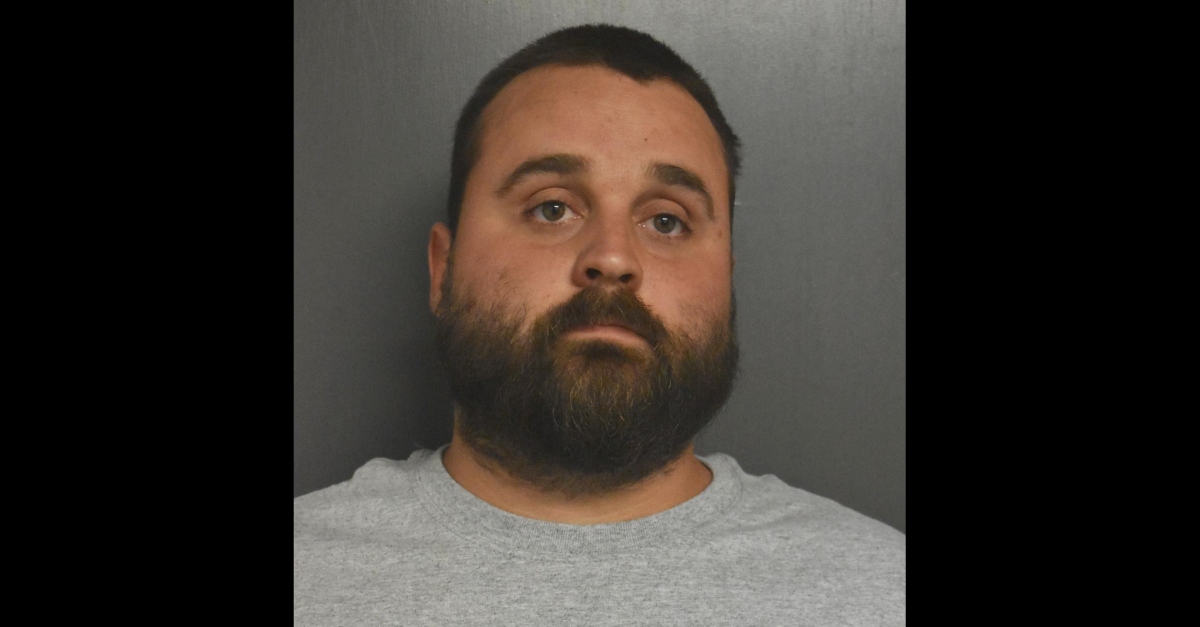 Records show that Stanga was booked in the Escambia County Jail on Tuesday night and faces three charges: attempted kidnapping of a child under 13, aggravated assault with a deadly weapon without intent to kill, and battery. His bond has been set at $1,505,000.