Woman Drove Up to Inauguration Checkpoint, Claimed to Be ‘Part of the Presidential Cabinet’: Police 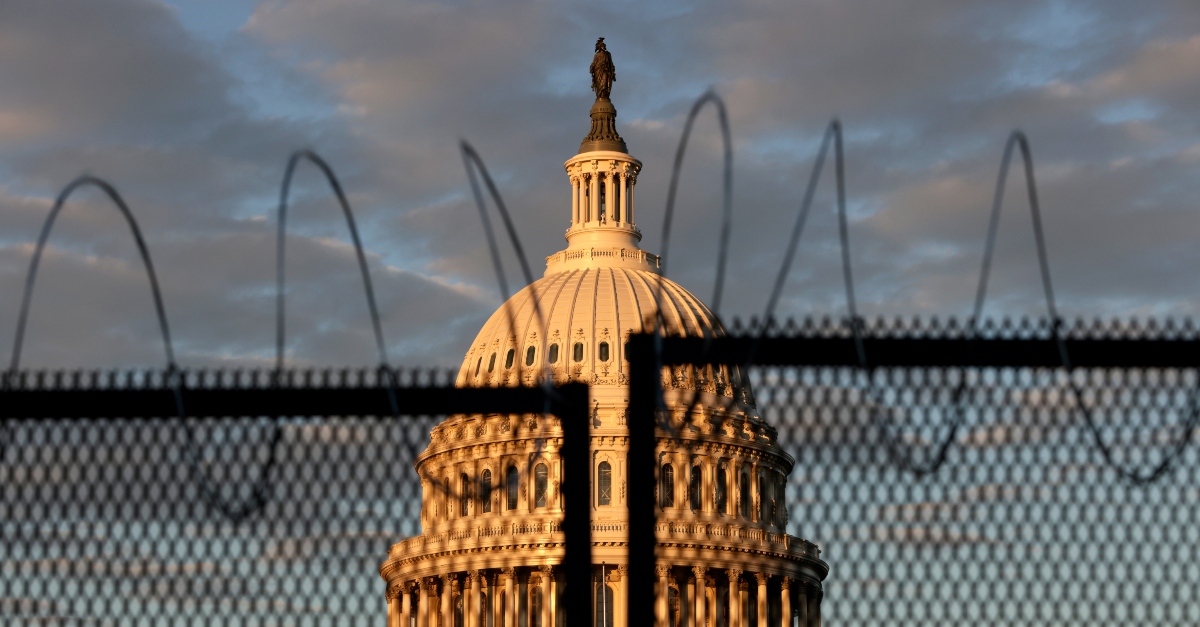 A Connecticut woman was arrested Saturday at an inauguration checkpoint after she claimed to be a member of the presidential cabinet, according to a police report obtained by WJLA. Linda MaGovern, 63, was sent to United Medical Center to undergo an evaluation after she was apprehended.

Cops claim she drove up to a checkpoint at First and Columbus Circle NE at about 8:45 a.m. She presented officers a military police challenge coin, claimed to be “a law enforcement officer and a part of the presidential cabinet.” According to the official story, police said they told her to park her car, turn off the vehicle, and show her driver’s license. Instead, she allegedly drove forward, fleeing. Authorities said they arrested her on Massachusetts Avenue.

MaGovern is charged with false impersonation of an officer, failure to obey an officer, and fleeing from a law enforcement officer.

This incident happens amid the tense days leading up to the inauguration of President-elect Joe Biden. Supporters of President Donald Trump raided the Capitol Building on January 6, as Congress was confirming the electoral college results. Five people–four Trump supporters and one Capitol police officer–died in the chaos. Congress managed to eventually finish their business. Security concerns continue, not just in D.C. but also at state capitols nationwide.

As for the January 6, at least one witness cited by the FBI claimed a group said they wanted to kill House Speaker Nancy Pelosi, long a boogeywoman of the far-right, and Vice President Mike Pence, who Trump threw under the bus in falsely claiming the VP could reject electoral college results. Pence did not try to overturn the results. Trump supporters made a symbolic show of going through Pelosi’s office. A number were seen elsewhere chanting “hang Mike Pence.”

Eyebrows also raised at pictures of individuals going around with flex cuffs. Defendants in connection to both cases have claimed they found the cuffs, and picked these up to keep these from being used for ill.

One of the rioters on January 6 pretty much encapsulated the more strident, apocalyptic tone struck by certain Trump supporters.

“Start making a list, put all those names down, and we start hunting them down one by one.” said a man in sunglasses and a black hoodie, in footage released by The New Yorker. He later said, “Mobilize in your own cities, your own counties, storm your own capitol buildings, and take down every one of these corrupt motherfuckers.”