Michael Eckerman of Kansas Charged with Assault Officer on Jan. 6 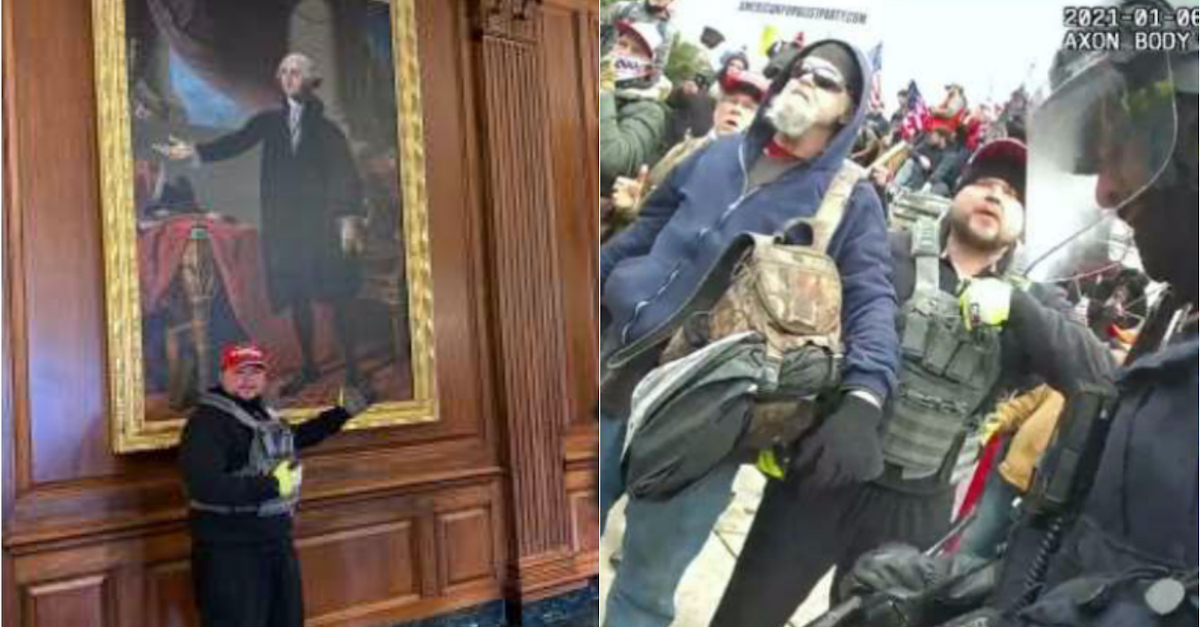 Joining more than 180 others charged with assaulting law enforcement on Jan. 6, a Kansas man stands accused of pushing a U.S. Capitol police officer with “aggressive force” and causing the cop to fall down a small flight of stairs.

“At approximately 2:27 pm, Eckerman is observed on surveillance cameras pushing his way toward the front of the crowd where uniformed U.S. Capitol Police Officers have stopped the push of rioters,” the affidavit states. “Eckerman pushes his way through the crowd up to one of the officers until he is face to face with the officer. He appears to push the officer backwards several feet.”

Court papers identify the officer only by the initials “K. Y.”

“Officer K.Y. was interviewed and stated that the individual later identified as Eckerman made his way to the front of the crowd and pushed him with aggressive force,” the affidavit continues. “The push caused Officer K.Y. to lose his balance and fall down a small set of stairs. After being knocked to the ground, Officer K.Y. was sprayed in the face with a fire extinguisher by an unknown individual.”

Along with the count of assaulting law enforcement, Eckerman has been charged with obstructing an official proceeding and disorderly conduct in the Capitol building. He made his initial court appearance in U.S. District of Kansas before U.S. Magistrate Judge Gwynne E. Birzer, who released the suspect on a $10,000 bond on Monday.

His case will be transferred to the District of D.C. later this week for a conference before U.S. Magistrate Judge Zia Faruqui on Friday.

According to prosecutors, Eckerman’s yelled at officers again after the alleged assault.

“Based on a review of additional video, Eckerman proceeded through Statuary Hall at approximately 2:30 pm, accompanied by his two companions who are cloaked with American flags,” the affidavit states. “Once through Statuary Hall, Eckerman again pushes his way through the crowd until he is front of another police line. He can be seen yelling at officers for several minutes until the crowd pushes its way through the Capitol Police Officers toward the House of Representatives side of the Capitol.”

Prosecutors say that Eckerman’s route paved the way for his identification, as his next stop was the Rayburn Room where he posed in front of the iconic Lansdowne portrait of George Washington.

Eckerman, wearing a “load bearing tactical vest and red Trump hat,” appeared to emulate Washington’s gesture in a photograph in front of the painting that he posted on Facebook, which authorities say two tipster passed on to them.

“Eckerman had attended West High School in Wichita, Kansas and that Eckerman had sent photos to friends from Washington D.C. on January 6, 2021,” the affidavit states.

The Kansas man does not appear to have a defense attorney listed for him in the court docket.