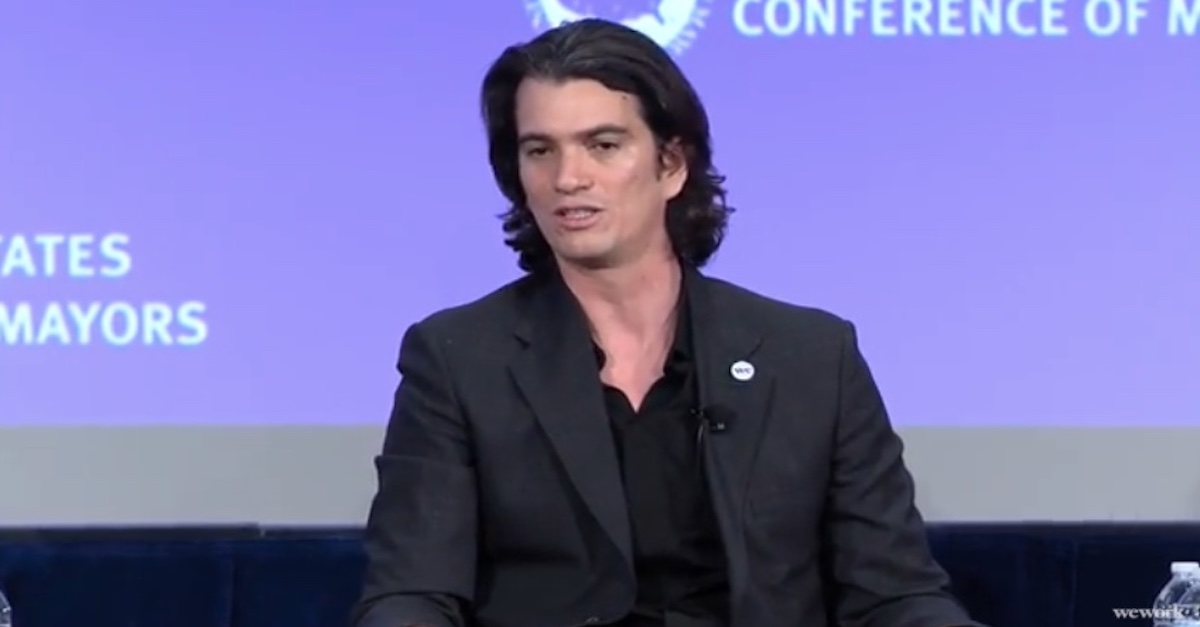 HBO Max has changed the description of its “Generation Hustle” documentary series, which features an episode dedicated to the embattled founder of WeWork, to remove any reference to so-called “true-crime capers.”

Clare is Neumann’s defamation lawyer. It is unclear whether defamation litigation was prepared or pending. You may recognize Clare’s name from the Dominion Voting Systems litigation.

When the first official trailer for “Generation Hustle” debuted in April, HBO Max parent company WarnerMedia pitched the 10-episode documentary series as an inside look at recent high-profile scams, with episode titles such as “Hollywood Con Queen” and “Prince of Fraud” (the WeWork episode was titled,“Cult of WeWork”):

How far would you go for power, fame and fortune? Featuring outrageous, high-stakes stories, GENERATION HUSTLE follows brilliant and brazen young entrepreneurs who use cunning and creativity to pull off the most wildly inventive high-stakes gambles of the new millennium.

Each of the docuseries’ ten standalone episodes exposes the exploits of over-zealous entrepreneurs who may have gone too far. Combining true-crime capers and character studies with fresh, glossy stories of fakes, imposters, and unabashed ambition, this shocking and sometimes comic series explores the no-holds-barred quest for riches and status in the age of social media. [Emphasis added.]

The current description on the WarnerMedia website removed the reference to “true-crime capers,” and now reads as follows:

How far would you go for power, fame and fortune? Generation Hustle features outrageous and high-stakes new stories about brilliant and brazen young individuals, some of whom go too far by pulling off the most wildly inventive scams of our time.

Showcasing ripped-from-the-headlines stories of unabashed ambition, this shocking and sometimes comic docuseries explores the no-holds-barred quest for riches and status in the age of social media. [Emphasis added]

According to the press release, the WeWork episode itself “is now updated to state clearly that ‘no criminal or regulatory charges have been filed.’”

“HBO did the right thing here by promptly retracting these false implications about Adam and the history of WeWork, and we applaud the network for taking these responsible steps,” Clare said in the press release. “The media has repeatedly gotten the story of Adam wrong, and we hope these responsible steps by a reputable outlet will help put an end to the mischaracterizations of Adam’s successful role in creating a transformational business.”

An HBO Max insider with knowledge of the situation told Law&Crime that while the description of the series and end cards within the WeWork episode have been updated, no changes were made to the episode itself.

The “Cult of WeWork” episode of “Generation Hustle” asks the question: “Is Adam Neumann a brilliant salesman or a greedy false prophet so charismatic that he convinced an entire generation to follow him to the promised land? The last of Silicon Valley’s so-called ‘unicorns,’ WeWork’s extraordinary rise and fall is told through the eyes of some of the multi-billion-dollar company’s earliest disciples.”

The HBO Max episode is just one multiple attempts (there’s also a book, as well as a Hulu documentary) to investigate and explain the rise and fall of WeWork, a “unicorn” startup that was valued at more than $1 billion. The company, which essentially re-packaged co-working spaces as a cool-kids club of sorts, appeared poised for success. After its 2019 IPO failed, however, thousands of employees were let go, while Neumann, after years of legal wrangling, walked away with a massive financial windfall.