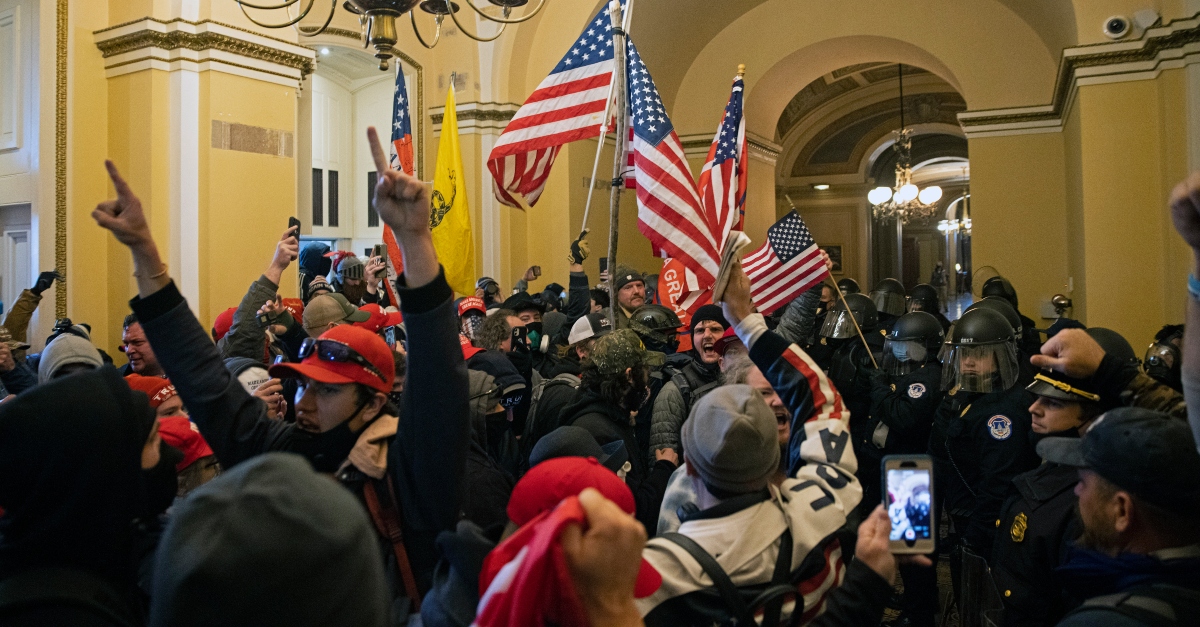 Trump supporters and police inside the Capitol Building on January 6.

The acting chief of the D.C. Metropolitan Police Department has revealed that another officer died in the wake of the D.C. insurrection. The man was identified as MPD officer Jeffrey Smith.

The passing of Capitol police officer Howard Liebengood–the son of a former Senate sergeant-at-arms–was previously reported. MPD Chief Robert Contee did not get into specifics, only saying that Officers Smith and Liebengood were at the Capitol on Jan. 6 and took their own lives in the aftermath of the insurrection.

“Five people lost their lives on January 6th – Capitol Police Officer Brian Sicknick and four others,” acting chief MPD Chief Robert Contee said in remarks dated Tuesday for the House of Representatives. “And tragically, two officers who were at the Capitol on January 6th, one each from the Capitol Police and MPD, took their own lives in the aftermath of that battle. We honor the service and sacrifices of Officers Brian Sicknick, Howard Liebengood, and Jeffery Smith, and offer condolences to all the grieving families.”

Supporters of then-President Donald Trump raided the Capitol Building on Jan. 6 after he held a rally where he repeated the lie that he actually won the 2020 presidential election. The Capitol invaders postponed but did not prevent Congress from counting Electoral College votes for current POTUS Joe Biden. Five people died amid the chaos, however.

The MPD initially described the rest of the deaths as “medical emergencies,” but it reportedly turned out that one of the people died amid violent circumstances.

A Georgia man, Christopher Stanton Georgia, died by suicide days after he was arrested in D.C. in connection with the events of Jan. 6.