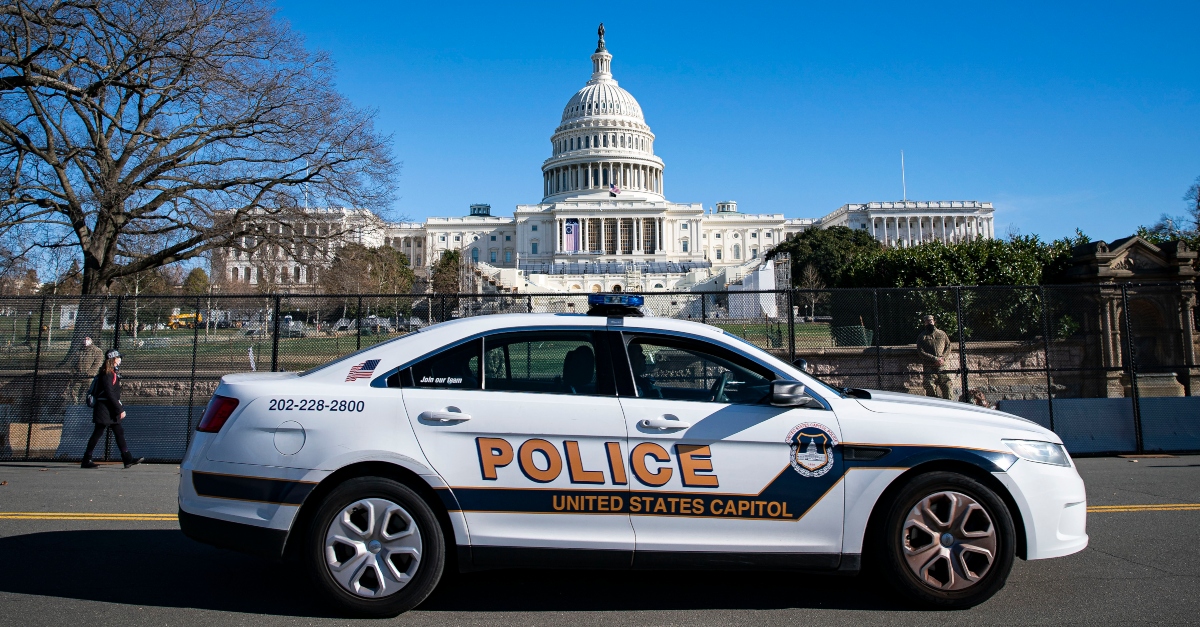 An officer with the United States Capitol Police has died by suicide. He was Howard Liebengood, said sources cited by Punch Bowl News‘ Jake Sherman and John Bresnahan.

“The United States Capitol Police is deeply saddened by the off-duty death on January 9, 2021, of Officer Howard Liebengood, age 51,” Capitol police said in a statement released on Sunday. “He was assigned to the Senate Division, and has been with the Department since April 2005. Our thoughts and prayers go out to his family, friends, and colleagues. We ask that his family, and other USCP officers’ and their families’ privacy be respected during this profoundly difficult time.”

/2 Huge morale & mental-health issues inside ranks of USCP officers since Wednesday’s attack on the Capitol by Trump supporters. We’re hearing lots of concerns from officers for colleagues. @JakeSherman

Liebengood was the son of former Senate sergeant-at-arms Howard S. Liebengood, who died in 2005 of a heart attack at age 62. His father also previously served as a chief of staff for two Republican senators, and was a lobbyist.

It is unclear if Liebengood left behind an explanation. His death happens mere days after supporters of President Donald Trump stormed the Capitol Building on Wednesday. Congress was certifying the electoral college votes that favored President-elect Joe Biden. Trump has incessantly been lying that he actually won, and the election was stolen from him.

Chaos ensued, with much of the crowd breaking past police lines and smashing their way through windows to enter the buildings. Some men were seen holding zip ties.

Family members of a veteran photographed carrying zip ties in the Capitol this week said he had made racist remarks in their presence and that they believed white-supremacist views may have contributed to his motivations. https://t.co/pcPGIXWg33

The Capitol police have been roundly criticized for the handling of the chaos, leading to the resignations of both U.S. Capitol Police Chief Steven Sund and Senate Sergeant-At-Arms Michael Stenger. At best, the institution failed to prepare. At worst, some officers were seen apparently enabling the insurrectionists.

There had been plenty of warnings. Plenty of time to prepare. Plenty of money to do it. But twice the Capitol Police turned down offers of assistance – once three days before the pro-Trump riot at the Capitol and again as the mob descended on the building. https://t.co/WbCrkhN5xd

Liebengood could well be counted as the sixth death that happened as a result of Wednesday’s events. Capitol Police Officer Brian D. Sicknick, 52, died after allegedly being struck by a fire extinguisher and federal authorities are looking at this as a possible murder. Trump supporter Ashli Babbitt, 35, was shot and killed by Capitol police. Three others–Rosanne Boyland, 34, Kevin Greeson, 55; and Benjamin Phillips, 50–died from what cops described as “medical emergencies.”