Trump Supporter Arrested After He Allegedly ‘Blind-Sided’ U.S. Capitol Police Officer with ‘Football-Type Tackle’ Off a Ledge on Jan. 6 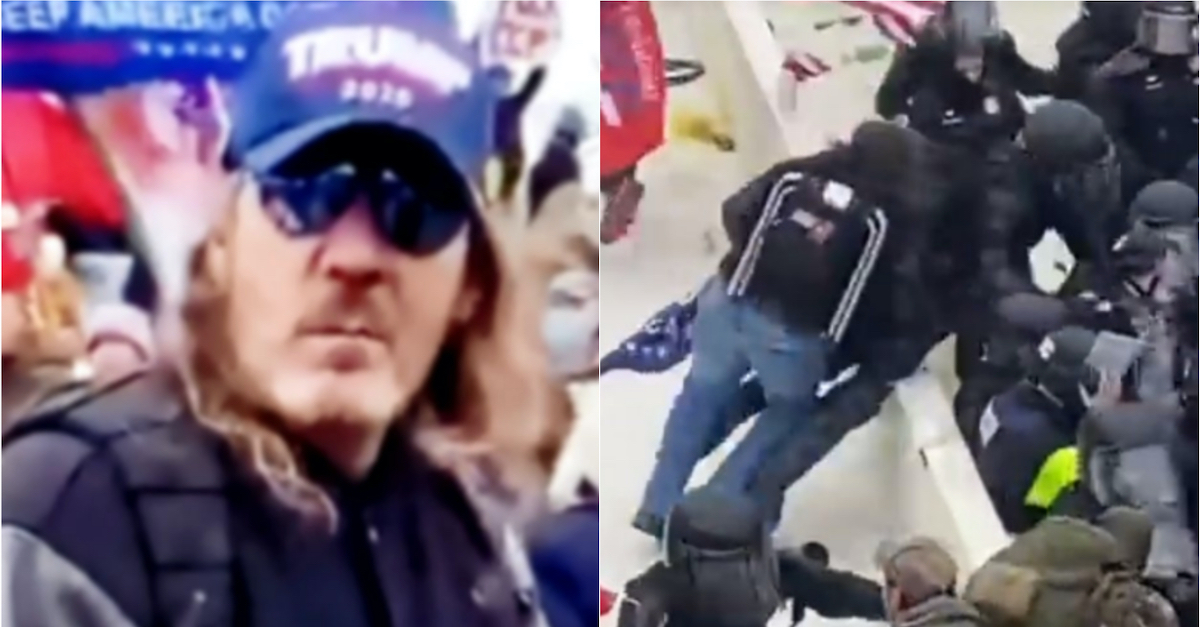 Ralph Joseph Celentano III “blind-sided” a U.S. Capitol police officer in a “football-type tackle” on Jan. 6, knocking him off a ledge, prosecutors claimed.

A man in a Donald Trump baseball cap “blind-sided” a U.S. Capitol police officer with a “football-type tackle” on Jan. 6, knocking him off a ledge, prosecutors said in announcing the New Yorker’s arrest on Wednesday.

An FBI affidavit shields the name of the cop as “Officer K.E.,” who is identified as an Iraq War veteran.

Recounting the incident, Officer K.E. was quoted as saying: “I didn’t survive a war to go out like this.”

“Officer K.E. stated his main concern was getting up so he would not be ‘stomped on,'” the affidavit states. “He went on to state that he was frightened and no longer felt safe once he was on the lower terrace amongst such a large crowd. Officer K.E. said he probably sustained injuries during the fall, but he had so much adrenaline at that time that he could not be sure. After January 6, 2021, Officer K.E. did find bumps and bruises on his body but did not seek medical attention.” 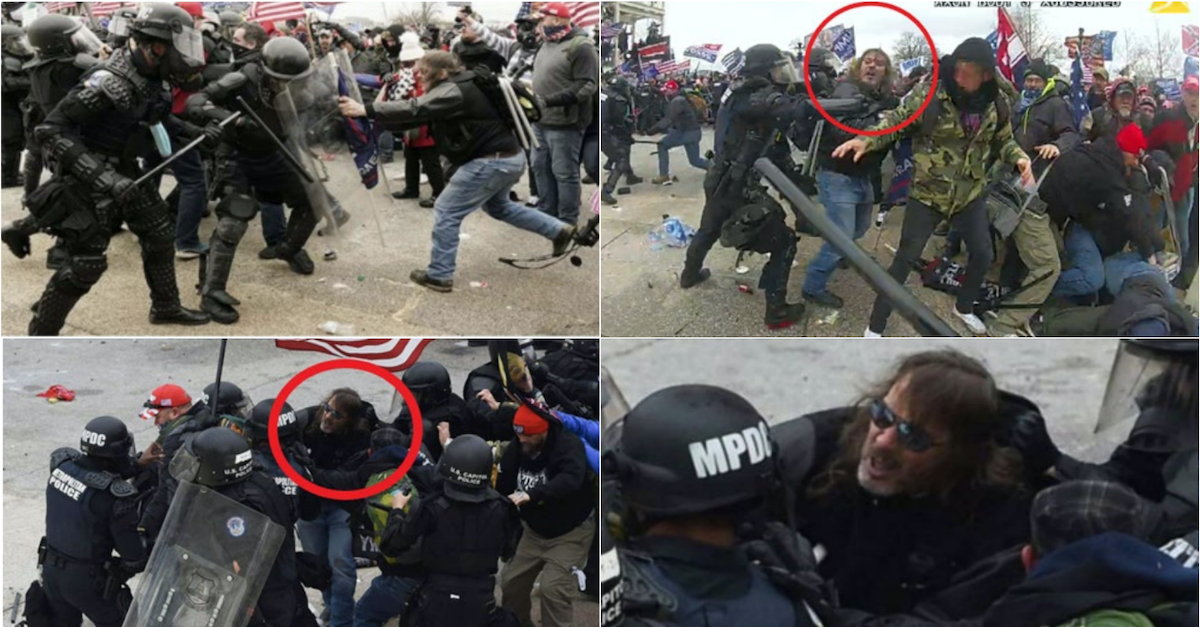 After posting a “Be On the Lookout” photo of their suspect, the FBI says that it received a tip about Celentano’s photographs on social media accounts. One showed him in a large group at a social function, which was also posted on the Facebook page of a group called The Jenny Albert Sea Turtle Foundation, authorities say.

The FBI says it interviewed a volunteer at the organization who identified Celentano as “Ralphie” or “Ralph.” A second witness knew Celentano for more than 13 years, authorities say.

The FBI also say that they spotted Celentano in an open source video, where he allegedly can be seen approaching a uniformed Capitol Police Officer K.E. from behind and knocking him over the ledge.

“Your affiant believes Celentano is the person who pushed officer K.E. based on his hair length, jacket, flag he carried, and very distinct folding chair strapped to his back,” the unidentified FBI agent wrote.

The Department of Justice estimates that more than 245 people have been charged to date with assaulting or impeding law enforcement on Jan. 6. Prosecutors say others attacked police with a PVC pole, a flagpole, a Taser, a fire extinguisher, metal barricades and other weapons.

Celentano appeared in court in the Eastern District of New York on Wednesday afternoon. His attorney Marissa Sherman, from the Brooklyn Federal Defenders, did not immediately respond to Law&Crime’s request for comment.

Assistant U.S. Attorney Meredith Arfa appeared in court for the government, which agreed upon a bond with the defense—with travel restrictions.