Deputies Seek to Question Two ‘Armed and Dangerous’ Women About Double Homicide, Say There Is Court Order for Their DNA 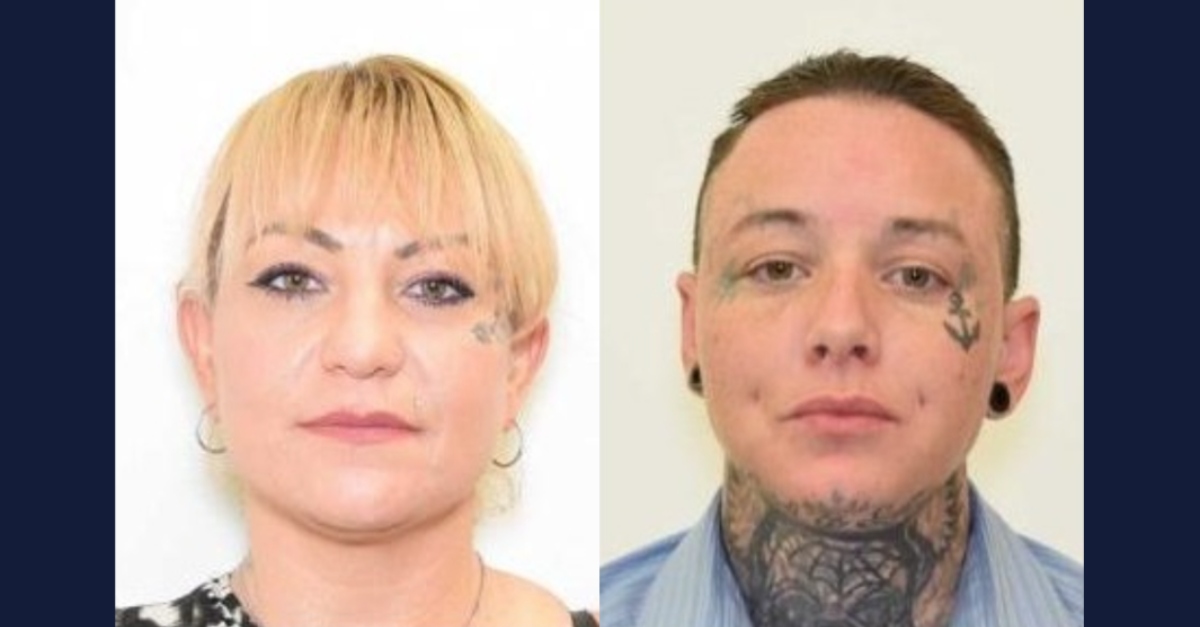 Deputies seek to question two women about a double homicide and have obtained a court order for their DNA, finding reasonable grounds to believe the duo may be guilty of a crime. The Fremont County Sheriff’s Office of Colorado are looking for Toni Marie Gurule, 41, and Suzzette Marie Salyer, 40.

The homicide case is about two men—Ryan Joe Roth, 25, and Rodolfo Santillan-Reyes, 36—found dead in a ravine in Phantom Canyon on Feb. 8, according to KKTV.

Authorities announced in a Facebook post on Monday that they have a “41.1” court order on Gurule and Salyer. This is for “nontestimonial identification.” From the Colorado rules of criminal procedure:

(c) Basis for Order. An order shall issue only on an affidavit or affidavits sworn to or affirmed before the judge, or by the procedures set forth in Crim. P. 41(c)(3), and establishing the following grounds for the order:

(1) That there is probable cause to believe that an offense has been committed;

(2) That there are reasonable grounds, not amounting to probable cause to arrest, to suspect that the person named or described in the affidavit committed the offense; and

(3) That the results of specific nontestimonial identification procedures will be of material aid in determining whether the person named in the affidavit committed the offense.

“Both subjects should be considered armed and dangerous,” deputies wrote.

Deputies noted three vehicles that the women were known to drive: