A Kentucky man sprayed police officers with a fire extinguisher, stole a police-issued riot helmet, and forcefully broke into the Republican Conference Room during the Jan. 6 siege on the U.S. Capitol, the Department of Justice alleges.

Nicholas James Brockhoff, a 20-year-old from Covington, is facing a slew of federal criminal charges, including assaulting, resisting or impeding police officers; using of a deadly or dangerous weapon; and obstruction of law enforcement during civil disorder, among others.

An FBI affidavit alleges that surveillance footage then shows Brockhoff entering the Capitol through one of several broken windows where he stole a riot helmet that had been worn by a member of the Metropolitan Police Department (MPD).

Brockhoff allegedly responded by saying that he found the helmet “on the ground.”

Several photographs were included in the filing that allegedly show Brockhoff walking through the Capitol building wearing the MPD riot helmet. 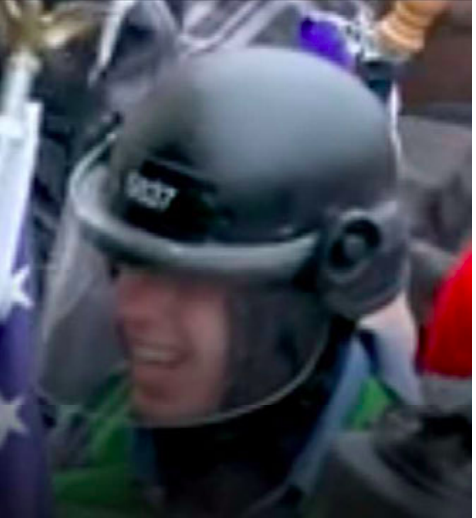 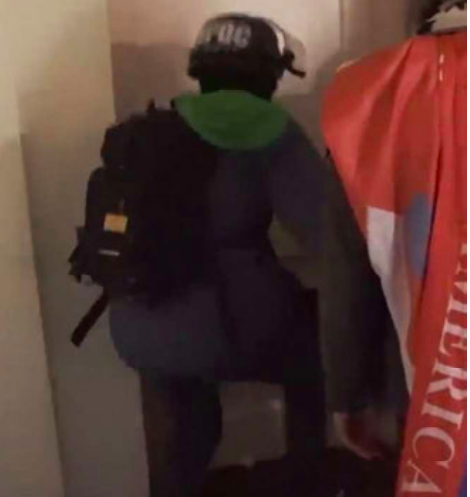 According to the FBI, in another exchange with officers that was caught on a body camera, Brockhoff confirmed his first and last names to an officer and also told officers that he injured his hand on broken glass while climbing through a window to enter the Capitol building.

Once inside the Capitol, prosecutors say Brock forced his way into one of the GOP’s regular meeting places.

Brockhoff was scheduled to make his first court appearance Thursday before a judge in the Western District of Tennessee. He is one of more than a dozen Kentucky residents to be charged in connection with the Jan. 6 siege on the U.S. Capitol.

[image via charging documents/video via FBI]