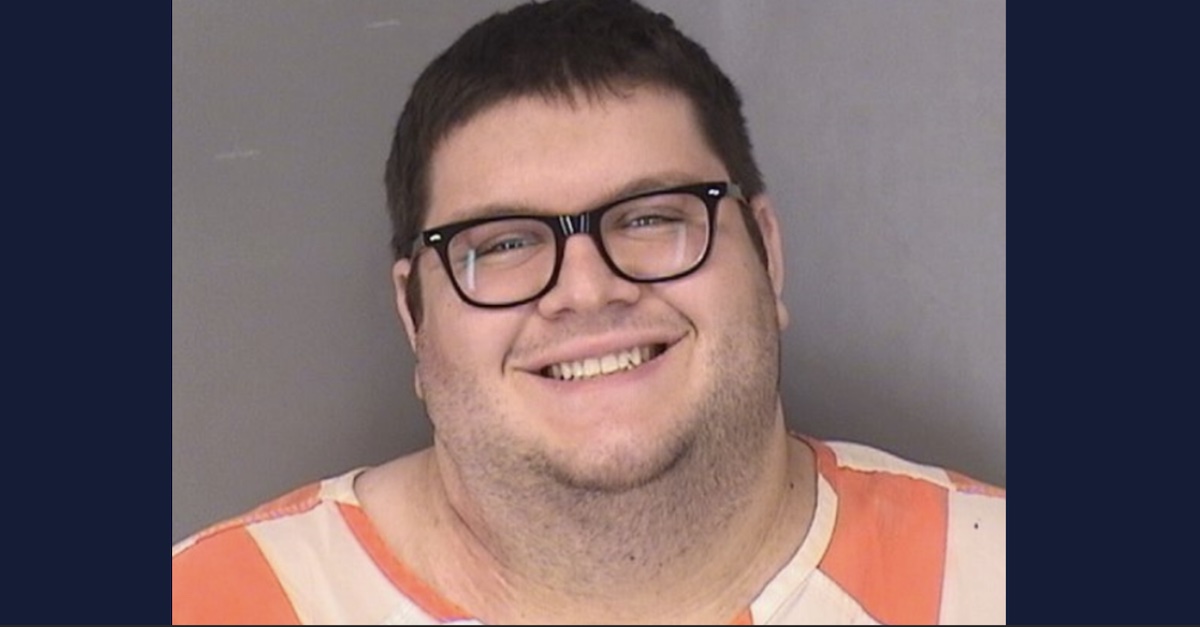 Roberto Silva Jr. (above in a Sarpy County Sheriff’s Office mugshot after being charged with murder)

The Nebraska man who became known as the “Smiling Shooter” following his arrest changed his plea on Monday, according to prosecutors. Prosecutors also said the admitted shooter provided a motive for the massacre, and informed them he wants to be executed.

Roberto Silva Jr., 24, entered a guilty plea to all charges related to a 2020 mass shooting at a Sonic Drive-In that killed two, according to the Sarpy County Attorney’s Office. Among the 15 counts he had been facing were two first-degree murder charges and five for attempted first-degree murder.

Sarpy County encompasses several towns and suburbs on the south side of Omaha.

Prosecutors said that they were informed of Silva’s decision to change his plea just hours before he did so on Monday, as first reported by the Omaha World-Herald.

The Sarpy County Attorney’s Office also said that Silva had written a letter to prosecutors in October requesting to be executed. Prosecutors would not share the contents of that letter in full, but did share one line that was read in court on Monday.

“It is my understanding that you don’t have a motive for my actions in [the Sonic shooting case]. My intention and motive was to kill the witnesses involved in [the Sonic identity theft case] to conceal the commission of that crime,” wrote Silva, according to the prosecutor.

Silva had been arrested for identity theft one week prior at the same Sonic.

At the time, he had ordered $57 worth of food on another person’s Sonic app, including a Queso Burger, four quarter-pound hamburgers, six quarter-pound double burgers, and 12 corndogs.

Silva had been in court on unrelated charges at the time, stemming from an incident in October when he allegedly threw a cup filled with his urine and feces at corrections officers, according to prosecutors. He has also been charged with attempting to escape jail and for allegedly shanking a fellow inmate in May of last year.

“On Nov. 21 [2020], Silva threw an incendiary device, ignited materials in a rental truck, and opened fire in the Sonic Drive-In near 15th St. and Cornhusker Road in Bellevue. Four employees were shot inside the restaurant, and three employees were able to escape without injury. Two of the victims died at the scene,” said Sarpy County Attorney Lee Polikov. “His case will not go to trial. However, his plea does not change Sarpy County Attorney Lee Polikov’s plan to seek the death penalty.”

Silva was charged with murdering Nathan Pastrana, 22, and Ryan Helbert, 28, and attempting to murder Zoey Lujan, 18, and Kenneth Gerner, 25, who were critically injured in the attack. He faced five attempted murder charges in all after Polikov added charges for the three individuals who managed to escape the deadly shooting.

Police seized three guns from Silva at the time of his arrest prior to the shooting. After posting bail, Silva returned a week later and opened fire after setting fire to a U-Haul truck, according to the Bellevue Police Department.

Investigators believe he set fire to the U-Haul as a distraction while he went inside and opened fire on the Sonic employees.

Silva must now go through additional court proceedings to determine whether he should be executed for his crimes. In Nebraska, all individuals convicted of first-degree murder face either life in prison or the death penalty. If an individual commits the murder, but there are no aggravating circumstances, they are sentenced to life.

In Silva’s case, Deputy Attorney Gage Cobb provided the court with a list of five aggravating circumstances on Monday, after Silva changed his plea. These included:

A three-judge panel would eventually hear these aggravating circumstances, as well as any evidence that prosecutors or the defense might want to present, before making a decision on whether to send the defendant to prison for life or to the execution chamber.