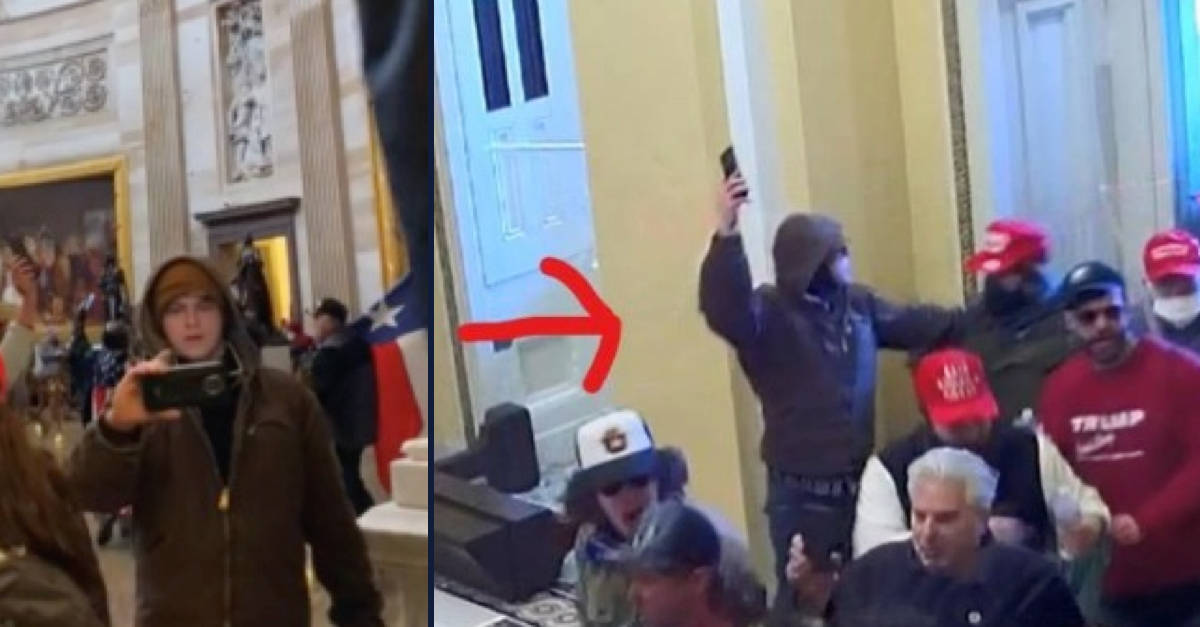 A federal judge has said that he plans on holding off on issuing so-called “split sentences” of jail and probation in misdemeanor Jan. 6 cases until a higher court has ruled on the issue.

U.S. District Judge Christopher Cooper addressed the issue at the start of the sentencing hearing for Bryan Wayne Ivey on Wednesday. Ivey had pleaded guilty in June to one count of parading, demonstrating, or picketing in a Capitol building, a misdemeanor that carries a potential penalty of up to six months in jail.

After Ivey told the judge his mental health struggles contributed to his offense, Judge Cooper dealt him a non-jail sentence, consisting of three years of probation and 60 days of home detention.

“Until there is a controlling precedent on the issue, or a case perhaps where I feel like I cannot issue a straight sentence that satisfies all the purposes of sentencing, I have been refraining from imposing split sentences,” Cooper, a Barack Obama appointee, said at the hearing.

The judge noted that his colleagues on the court have not reached a consensus on whether federal sentencing law allows for such sentences in petty offenses, such as the parading and picketing charge to which dozens of Jan. 6 defendants have already pleaded guilty. Defense attorneys have taken the position that split sentences are not allowed, while prosecutors have taken the opposite position.

The issue is looming increasingly large over the Jan. 6 cases, and judges are divided. Senior Judge Royce Lamberth, a Ronald Reagan appointee, issued a written opinion earlier this month concluding that split sentences are allowed, and Judge Randolph Moss, an Obama appointee, agreed.

However, Judge Colleen Kollar-Kotelly, a Bill Clinton appointee, has determined that the law does not allow for split sentences, and Judge Dabney Friedrich, a Donald Trump appointee, said that a petty offense sentence could be either jail or probation, but not both. Judge Thomas Hogan, also a Reagan appointee, has said that he doesn’t believe such sentences are allowed.

“I have read the statute, and related statutes, and both sides’ briefing on the matter,” Cooper said on Wednesday. “My ultimate takeaway is that the statute is poorly written.”

Cooper praised the judges’ thorough analysis of the statute and said that there are plausible arguments on both sides of the dispute. However, he said that at this point he has to “give the tie to the defendant and not impose a sentence where there’s a possibility that the sentence would be unlawful or contrary to the statute.”

Later in the hearing, Cooper clarified that he had not concluded that the law prohibits him from issuing a split sentence, just that he is waiting for more clarity.

“I’m choosing not to apply the split sentence because of the ambiguity and open nature of the question,” he said.

Ivey was one of the first in the crowd of Donald Trump supporters to breach the Capitol building on Jan. 6. He climbed through a broken window and spent around 35 minutes inside, and he is seen on surveillance video waving other rioters into the building.

Ivey’s attorney, Robert David Baker, said that his client was experiencing delusions when he went to the Washington on Jan. 6, and that he was so traumatized by his experience at the Capitol that he sought mental health treatment two days after returning from Washington.

“Certain media outlets have bombarded the American public with some of these ideas that the election was stolen,” Baker said. “Certain politicians continue to promote that idea, even though we all know it’s not true.”

Baker also described the steep personal price Ivey has paid since Jan. 6, including facing “ridicule” from his community and public shaming for his actions, as well as the breakup of his marriage.

Ivey himself told Cooper that he was suffering from significant mental health troubles at the time.

“I was in a delusional state when I went to the Capitol,” Ivey said. “I didn’t know that I was sick. I didn’t know anything was wrong with me … I truly believed that there was a global secret state that was plotting to kill off most of the human population and take over the world.”

At Wednesday’s hearing, prosecutors worried about the potential for Ivey to backslide into the dangerous state of mind that brought him to the Capitol and led him to join the riotous mob of Trump supporters who overran police and swarmed the building, temporarily stopping Congress’ certification of Joe Biden‘s win in the 2020 presidential election.

“[Ivey’s] actions that day were the result of deeply delusional thinking,” Assistant U.S Attorney Leslie Goemaat argued. “[There is] concern that he could again fall prey to those kinds of delusional thought patterns that could again give rise to this type of behavior.”

However, Goemaat acknowledged that Ivey pleaded guilty early and has been undergoing mental health treatment, and that fashioning the right sentence is a “hard balance to strike.”

After issuing the sentence, Cooper told Ivey that he hoped he could move on to have a productive life.

“I would encourage you to put this behind you as best you can,” Cooper said. “I know you’re facing some steep obstacles right now, but keep your head down, keep getting therapy. Maintain your job, keep supporting your family, and come out of this somehow better than you came into it.”