Georgia Man Sentenced to Probation for Entering Capitol on Jan. 6. His Lawyer Suggested He Was a Victim of ‘Groupthink.’ 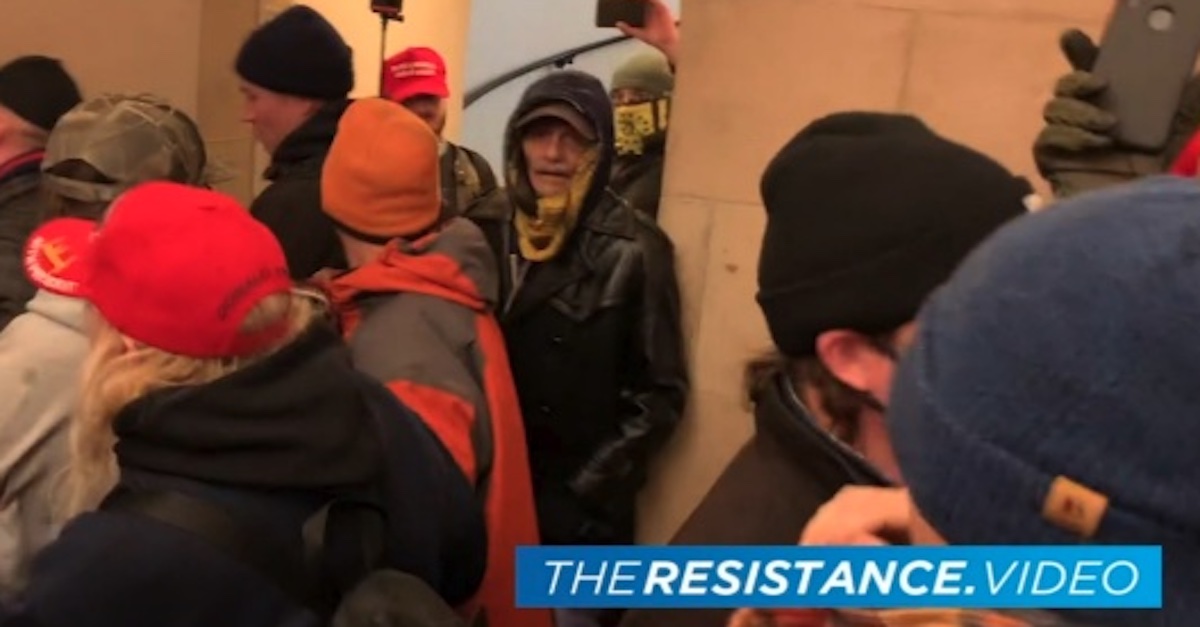 A Georgia man who entered the Capitol building on Jan. 6, and then threatened to come back later “with guns” if Donald Trump wasn’t president, has been sentenced to probation.

Verden Andrew Nalley, 50, pleaded guilty in December to one count of entering or remaining in a restricted building or grounds, a misdemeanor normally punishable by up to a year in jail.

U.S. District Judge Dabney Friedrich started the hearing off by questioning prosecutors as to why they focused on a social media post Nalley made in the days after Jan. 6 in requesting time behind bars.

“The media is telling you lies,” Nalley wrote below a picture he posted on Jan. 8 that showed a crowd in the Crypt in the Capitol building. “We the People out number [sic] the government 10 thousand to 1 if we have to come back we will bring guns and take our country from them[.]”

Later that day, he posted a comment again saying that he would “be back with guns in two weeks if [the election]’s not fixed.”

Friedrich, a Trump appointee, asked prosecutor Jennifer Rozzoni if the government had any evidence that Nalley intended to act on those threats.

Rozzoni conceded the government did not have such evidence, but she argued the threats should nonetheless be considered in determining Nalley’s sentence.

“He certainly made those statements,” Rozzoni said. “[They are] very very concerning, and are the primary aggravating factor here and a large reason why the government is asking for 14 days.”

Friedrich commented on the difficulty of some of the Jan. 6 cases involving defendants who have made threatening and inflammatory statements online both before and since the day of the Capitol siege.

“It’s hard for judges to determine whether these are just rants we’ve heard from defendants,” Friedrich said. “They like to stir things up on the internet, [but] he’s not charged with making a threat.”

For his part, Nalley, through his lawyer, signaled that his days of posting online are over.

Friedrich asked Hawker how someone like Nalley, whose only prior criminal record is a marijuana arrest from when he was 18 years old, gets caught up in something like the violence of Jan. 6.

Hawker said that, at least in part, it comes down to the company Nalley kept and the media he consumed.

“It’s largely a factor of who you’re hanging out with, who you’re listening to, and what the media’s telling you,” Hawker. “I think it’s a combination of all those things.”

Hawker pointed to Nalley’s co-defendant, William Calhoun Jr. as a key part of that combination. Calhoun, a lawyer who allegedly bragged about being one of the first to kick down the door to the office of House Speaker Nancy Pelosi (D-Calif.), has taken a decidedly different approach than Nalley, apparently rejecting the government’s plea offer and signaling his intention to go to trial.

“I think Mr. Calhoun probably had strong opinions,” Hawker said. “He’s a lawyer, an individual that Verden looked up to … I’m not blaming him in any way, [but] it kind of reinforces some tendencies he may have had and some of his own beliefs.”

Hawker said that Calhoun was among the Jan. 6 defendants who essentially got caught up in the moment.

It was “kind of one of those swept away moments for him having never been up here,” Hawker said. “I don’t know that he’s overtly political. He had strong views based on the moments in time, media reports, exhortations, and a whipped up frenzy. Sort of a groupthink.”

“And thinking they’d never get arrested because there’s so many?” Friedrich asked.

While it was clear that Friedrich wasn’t inclined to punish Nalley with time behind bars, she also said that she wouldn’t be able to grant the government’s sentencing request in any case.

“You’ve probably heard I don’t buy the government’s argument that I can impose both prison and probation, it’s either or,” Friedrich said in a comment about the so-called “split sentences” issue that is looming increasingly large over the D.C. bench.

Prosecutors have argued that the federal probation law provides a carveout allowing for such sentences. The government has also said that judges could order a defendant be incarcerated for a period of time as a condition of probation.

Friedrich ultimately sentenced Nalley to two years of probation and 60 hours of community service. He will also pay $500 in restitution pursuant to his plea agreement.