‘I Just Kind of Want to Get This Over’: Woman Whose Detective Husband Reportedly Filed for Divorce After Jan. 6-Related Arrest Pleads Guilty 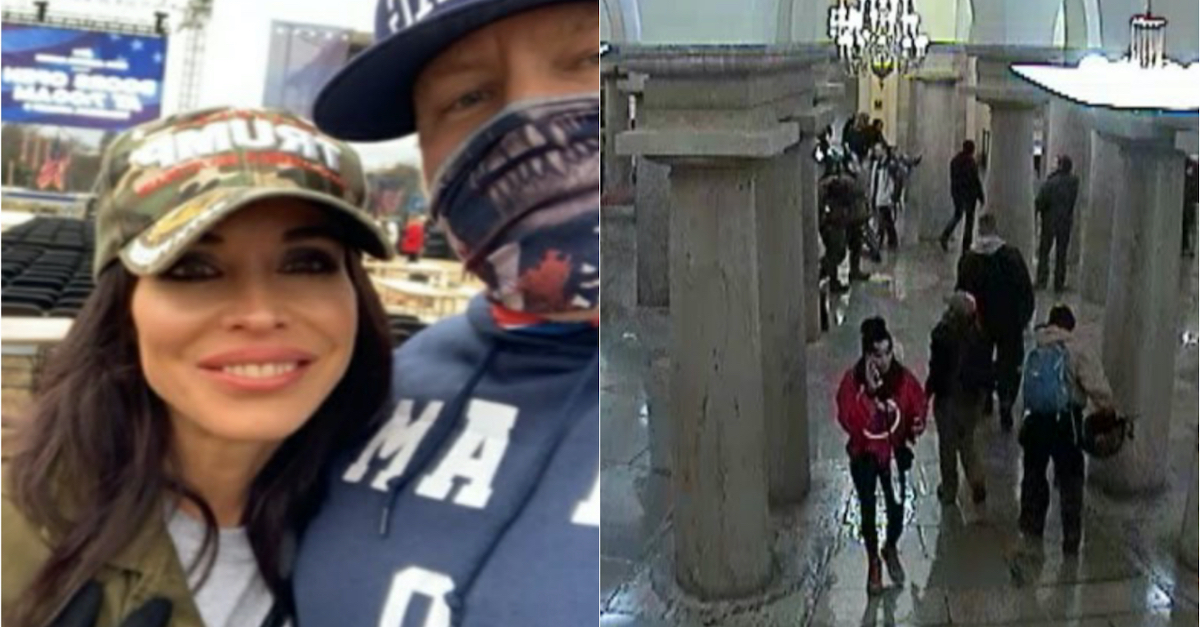 “I just kind of want to get this over, you know?” Jennifer Heinl, 55, told a federal judge on Tuesday afternoon.

“It’s Crystal Clear That She Was in There”

That remark appeared to concern Senior U.S. District Judge Emmet Sullivan, who reminded her about the presumption of innocence and emphasized that she should only plead guilty if she believes she is guilty of the crime charged.

“Is that the reason why you’re pleading guilty, just to ‘get it over with’?” Judge Sullivan asked.

Heinl added that was not the only reason, and her lawyer Martin A. Dietz told the judge that video footage left little dispute over the facts of the case.

“It’s crystal clear that she was in there [and] that she shouldn’t have been in there,” Dietz said, chiming in on his client’s exchange with the judge.

“There’s no dispute in this case as to what her conduct was,” the defense attorney added.

On Jan. 6, Heinl joined the pro-Trump mob that descended upon the U.S. Capitol over the reported protestations of her husband. The Pennsylvania woman was married to a detective with the Shaler Township Police Department who publicly repudiated her actions through the police chief, the Pittsburgh Post-Gazette reported.

Detective Michael Heinl, a 30-year veteran of the force, filed for divorce in the Allegheny County Court of Common Pleas in February, the paper reported.

“My Decision Is That I’m Pleading Guilty”

The FBI says that they identified the defendant through her association with fellow Pennsylvanian Kenneth Grayson, a 51-year-old QAnon adherent also prosecuted in connection with Jan. 6.

Though Jennifer Heinl claimed to have “fallen out of touch” with Grayson, the FBI said their Facebook chats showed the two in regular communication.

“Upon reviewing the search warrant returns, FBI observed communications between Heinl and Grayson via Facebook Messenger from on or about November 12, 2020 to January 11, 2021,” the affidavit states. “The communications discussed, in part, travel arrangements to Washington, D.C., including rental vehicles and hotels.”

The exchange ended with Heinl’s conviction on a single charge of her four-count criminal information: parading, demonstrating, or picketing in a Capitol building, a Class B misdemeanor that has been a popular plea deal with low-level offenders pleading guilty early to conduct related to the Jan. 6 siege.

After being pressed about her due process rights, Heinl told Judge Sullivan that she was comfortable with her decision.

“My decision is that I’m pleading guilty to that count,” Heinl said.

“Because you are guilty, correct?” Sullivan asked.

Heinl responded in the affirmative.

“Think About How You Got Yourself into This Mess”

Though theoretically punishable with a six-month sentence, Jan. 6 defendants pleading guilty to the count rarely have gotten jail time. In another case, the Chief U.S. District Judge Beryl Howell of the District of Columbia criticized the Department of Justice for their “almost schizophrenic” approach to describing the riot as a “crime of the century” and signing off on plea deals on petty offenses typically punishable with a $50 ticket.

In Heinl’s case, there are other reasons that her sentence is unlikely to be tough. Judge Sullivan noted that she is a first time offender, hazarding a guess that she had previously never been arrested.

Heinl replied that was true.

Setting a 2021 sentencing date, Judge Sullivan advised contemplation before her next court appearance: “Think about how you got yourself into this mess.”

The judge invited Heinl to prepare remarks for the court but informed her that a decision not to speak would not be held against her at sentencing.

Laughing, Heinl replied that she “wouldn’t do that to you.”