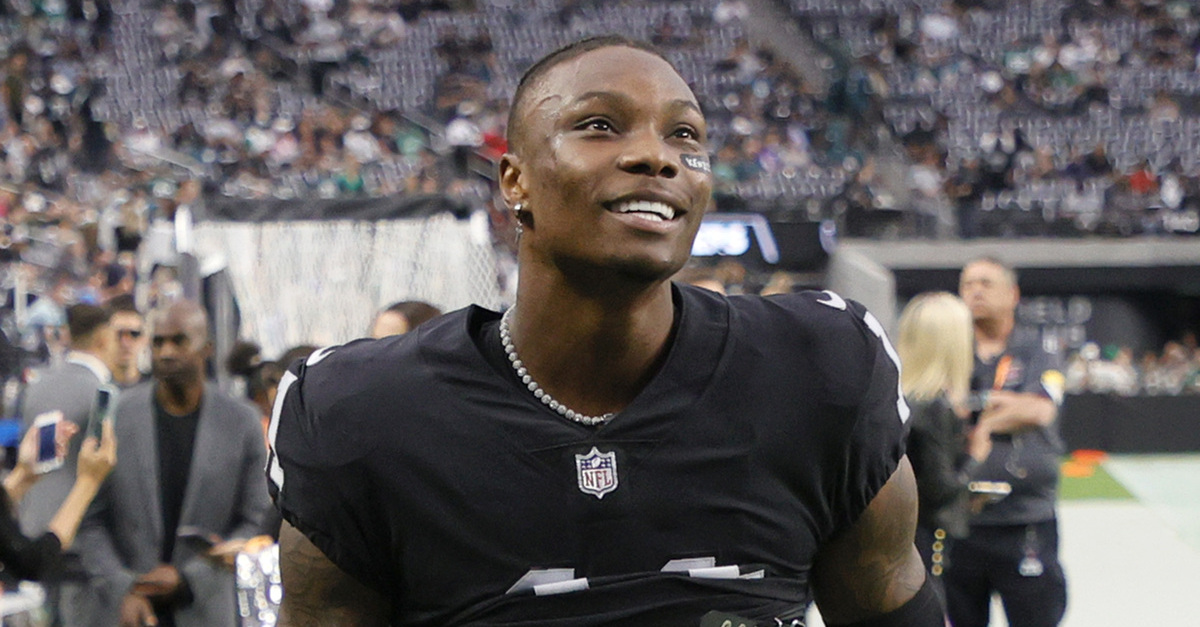 Henry Ruggs III, a star wide receiver for the Las Vegas Raiders, is facing criminal charges over a collision that left one person dead during the early morning hours on Tuesday.

According to the Las Vegas Metropolitan Police Department, the crash occurred sometime around 3:30 a.m. and first responders were on the scene by 3:39 a.m. in response to a collision near the intersection of South Rainbow Boulevard and South Spring Valley Parkway in the southwestern part of the Sin City. The incident involved a Chevrolet Corvette and a Toyota Rav4, police added.

“Fire department personnel responded and located a deceased victim inside the Toyota,” the LVMPD said in a series of tweets making up their initial press release. “The preliminary investigation indicates the front of the Chevrolet collided with the rear of the Toyota.”

According to law enforcement, the 2020 first-round draft pick “remained on scene and showed signs of impairment.”

Ruggs was transported to a nearby hospital for non-life-threatening injuries and “will be charged with DUI resulting in death,” the LVMPD said.

The NFL star has already obtained representation in the matter.

“On behalf of our client Henry Ruggs III we are conducting our own investigation as of this writing and ask everyone to reserve judgment until all the facts are gathered,” attorneys David Chesnoff and Richard Schonfeld said in a statement obtained by the Las Vegas Review-Journal. Chesnoff, a high-profile criminal defense lawyer to many celebrities over the years, was recently a part of the legal team that represented New York real estate heir Robert Durst at trial in California over the 2000 execution-style murder of Susan Berman. Durst was convicted and sentenced to life in prison.

Under Silver State law, a DUI that results in substantial bodily harm or death qualifies as a level “B” felony offense—the second most serious felony in Nevada.

If convicted under such a charge, Ruggs would likely be punished by imprisonment in the Nevada State Prison system for a minimum term of two years—with a maximum sentence of 20 years. Minimal fines also attach to such convictions.

Notably, a DUI causing substantial bodily harm or death is a non-probationable offense, meaning those convicted of the crime must serve their sentence behind bars.

Local Fox affiliate KVVU journalist Hector Mejia offered coverage on the scene of the accident throughout the day on Tuesday:

Rainbow is still closed in both directions while fatal investigators get a better look with daylight. Waiting for @LVMPD to release info on injuries or fatalities. @8NewsNow https://t.co/cS6w8Rrvb5 pic.twitter.com/SsO85v66VM

No information has been released about the deceased individual as of this writing.

The Raiders released a brief statement addressing the incident:

The Raiders are aware of an accident involving Henry Ruggs III that occurred this morning in Las Vegas. We are devastated by the loss of life and our thoughts and prayers go out to the victim’s family. We are in the process of gathering information and will have no further comment at this time.