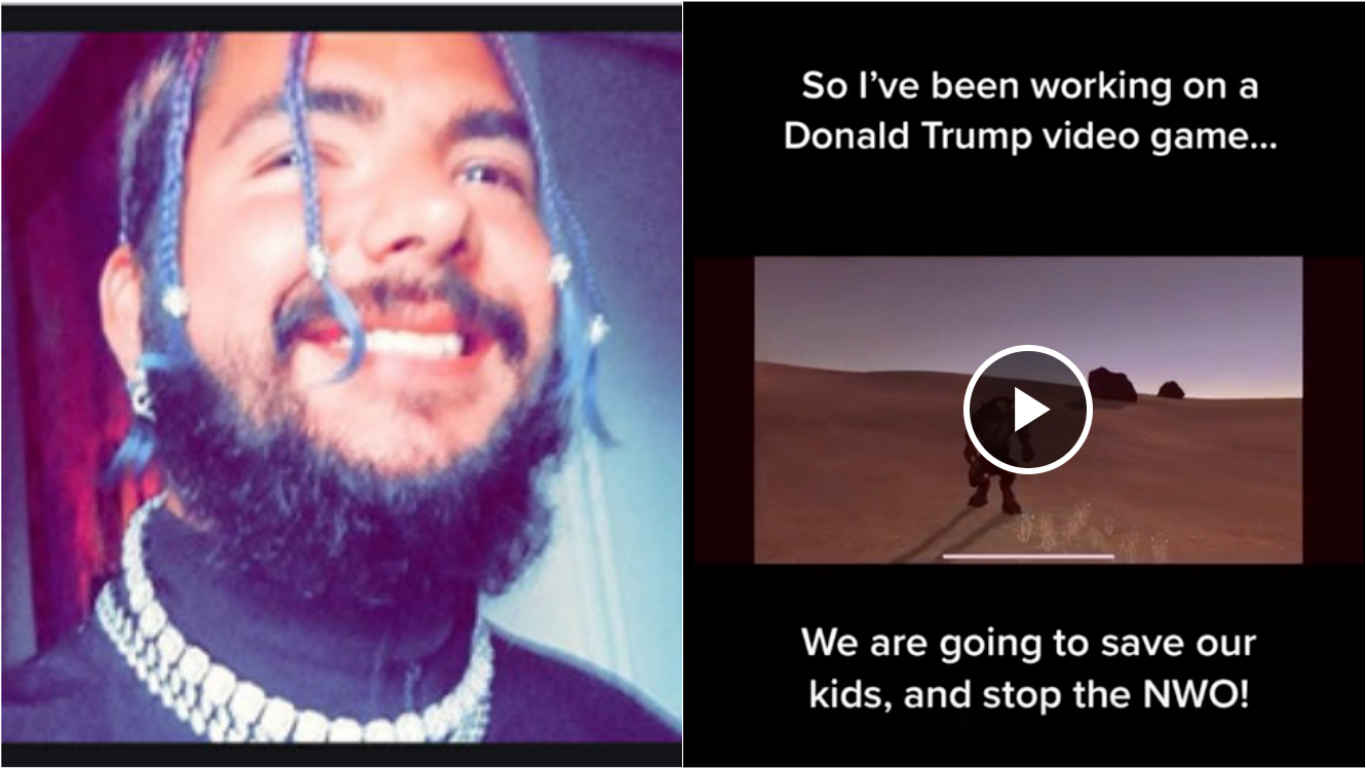 A Tennessee man who stormed the U.S. Capitol on Jan. 6  and previewed his pro-Donald Trump shoot ’em up video game on TikTok under the handle “Liberty Dragon“will get to keep his freedom, as a federal judge sentenced him to three years of probation on Thursday.

“You were not a good guy or a patriot on Jan. 6,” Chief U.S. Judge Beryl A. Howell told defendant Jack Jesse Griffith later in the hearing.

Though she called it important to send a message “they are not trespassers, they are criminals,” Judge Howell said the government tied her hands by charging Griffith with a “petty offense” and recommending non-jail sentences for similarly situated defendants. She also imposed a term of 90 days of home confinement and a $500 restitution, a price tag agreed upon under the plea deal.

For roughly two hours, Howell roasted the government for describing the siege of the Capitol as the “crime of the century” and “resolving it with a Class B, petty offense.”

Casting this approach as “schizophrenic,” Howell blamed it for public confusion about the gravity of the attack on the U.S. Capitol.

“No wonder,” she said, audibly frustrated.

“How Am I Supposed to Reconcile This?”

Griffith, also known by the name Juan Bibiano and the moniker “Liberty Dragon,” “screamed in excitement” as he entered through a bust-open door of the U.S. Capitol at 2:18 p.m. on Jan. 6, he admitted in a statement of offense accompanying his guilty plea in July.

“My mind used to by muddied, clouded by extremist politics,” Griffith said, calling his gleeful attitude that day “disgraceful.”

He and co-defendants Blake Reed, Eric Chase Torrens and Matthew Bledsoe had the moment captured on video.

“The selfie-style video shows them immediately outside of an exterior door of the Capitol,” his statement of offense reads. ” An alarm can be heard blaring in the background. Co-Defendant Torrens said, “We’re going in!”

Inside the building for about 10 minutes, Griffith threw up his fist within the Capitol Crypt, a gesture captured on surveillance video. He told a local Fox News affiliate that he was “not a domestic terrorist.”

“For all the people slandering, libeling, mislabeling my name,” he told the station. “I’m a citizen. I had nothing to do with any violence, vandalism, and I love all my fellow citizens. And I hope you all check out my new Trump video game, End Game. Check me out on my social media. It’s Liberty Dragon. Have an exuberant evening! Ching!”

Throughout the hearing, Judge Howell tore into prosecutors for allowing Griffith to plead guilty to a single count of parading, demonstrating and picketing inside Capitol grounds. That misdemeanor charge carries a maximum six-month sentence, but prosecutors asked for three.

Skewering the government’s arguments as “almost schizophrenic,” Howell noted that the prosecutors used “very strong language” to describe conduct that they are punishing lightly.

“The attack on the U.S. Capitol, on January 6, 2021 is a criminal offense unparalleled in American history,” prosecutors wrote in a passage Howell read aloud in court. “It represented a grave threat to our democratic norms; indeed, it was the one of the only times in our history when the building was literally occupied by hostile participants. By its very nature, the attack defies comparison to other events.”

Yet, the judge noted, prosecutors let Griffith plead to a “petty offense” and recommended half of the allowable maximum sentence.

“How am I supposed to reconcile this?” Howell asked.

Assistant U.S. Attorney Mitra Jafary-Hariri defended that decision, adding that others who committed assault or vandalism would be convicted of felonies.

“He’s not one of the people who broke a window, broke a door,” the prosecutor said, referring to Griffith.

The “Monsters Are Antifa” and the “Superhero Is Trump”

In their sentencing brief, prosecutors argued that Griffith treated the case as “trivial” and cited his lack of remorse in pushing for a sentence of three months of imprisonment. They cited the video game as evidence.

“He used his arrest as a badge of honor to fundraise, to promote his social media accounts, and to bring attention to a video game he is creating,” the brief states. “Jack Griffith will not be deterred unless he is faced with a custodial sentence.”

“It’s not different than other video games that exist, only the monsters are antifa […] and the superhero is Trump,” Shaner said.

In the video, released as a court exhibit, a cartoonish Trump voice can be heard threatening his “Satanic pedophile” targets: “These people are sick and depraved and will soon also be dead.”

Playing down the video game’s genre, a disclaimer under the video reads: “This is not meant to inspire violence in any way. It is merely a game. Violence is never the answer. Thanks ❤️.”

“I think you should prepare to die, you globalist scum,” the Trump protagonist adds later, as a banner under the screen promotes a hodgepodge of QAnon and right-wing conspiracy theories with the slogan “We are going to save our kids, and stop the NWO!”

Short for the “New World Order,” NWO is a watchword among far-right extremists since the 1990s. The Anti-Defamation League notes that the conspiracy theory holds that “a tyrannical, socialist ‘one-world’ conspiracy has already taken over most of the planet and schemes to eliminate the last bastion of freedom, the United States, with the help of collaborators within the government.”

Another scene of the game has Trump interrogating an antifa activist, while giving a bizarre and self-aggrandizing rant.

Griffith’s attorney told BuzzFeed the video game was never made and the TikTok video promoting it was satire. Prosecutors cited it and submitted it into evidence.

His lawyer H. Heather Shaner has argued that a “more sagacious response” would avoid putting her client behind bars.

(Screenshots from the Department of Justice)