Trump: 'Up to The Lawyers' Whether To Cooperate with House Subpoena | Law & Crime

‘Never Seen Anything So Unjust’: Trump Will Let Lawyers Decide Whether He’ll Cooperate with House Subpoenas 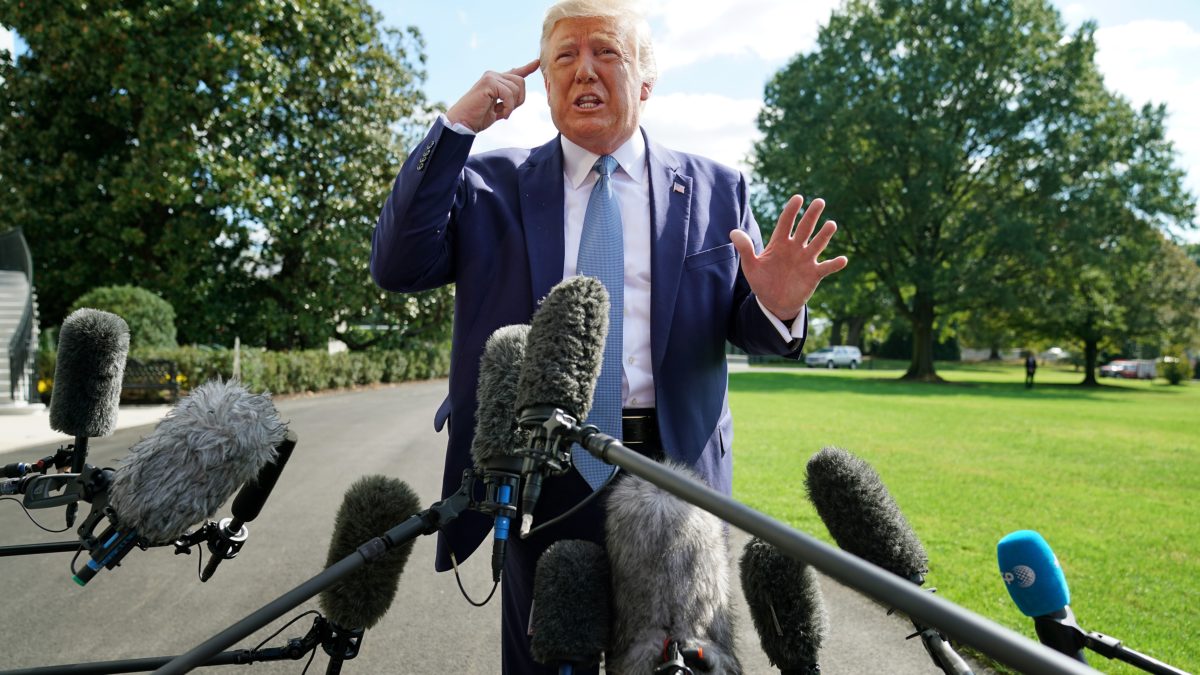 President Trump on Friday said “I don’t know; that’s up to the lawyers” when asked whether or not he would cooperate with subpoenas from the House of Representatives in an impeachment inquiry.

Trump made the comment outside the White House before departing on Marine One on Friday.

Q: "Are you going to cooperate with the House subpoenas?"

President Trump: "I don't know. That's up to the lawyers." pic.twitter.com/N5HtTtk6c6

He then went on to discuss his record with the economy and with employment.  His full comments are available here.

The request for information, outlined by the House Committee on Oversight and Reform, is outlined here.  The White House has voluntarily refused to hand over the information, the Committee says.  That’s why legal observers say it’s unlikely Trump’s lawyers would actually agree to hand it over after a subpoena:

One of his favorite lines. It means “no.” https://t.co/by6XJvLITl