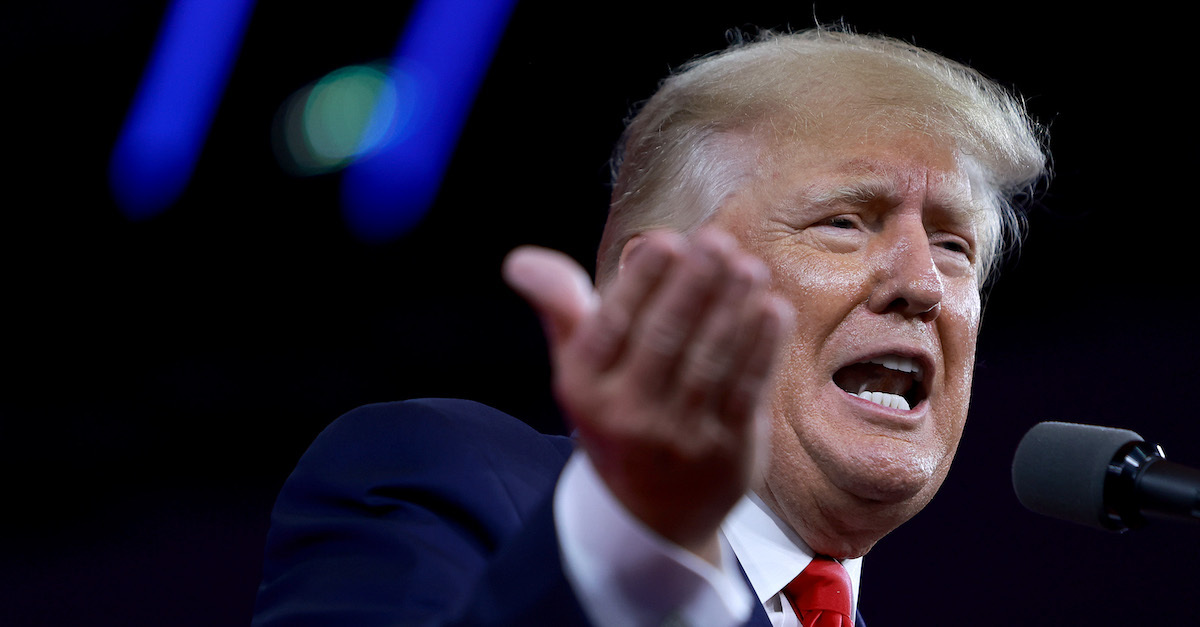 A federal judge in Florida has approved the appearances of two out-of-state Donald Trump attorneys in a court skirmish connected to a search warrant executed on Aug. 8 at the ex-president’s palatial Mar-a-Lago club and residence.

U.S. District Judge Aileen M. Cannon, a Trump appointee to the Southern District of Florida, issued the approval order late Wednesday after several days of wrangling by two Trump attorneys. Those attorneys, James M. Trusty of Washington, D.C. and M. Evan Corcoran of Baltimore, Maryland, sought to appear in Cannon’s Florida courtroom for Trump’s case only — a process known as pro hac vice admission. As a general rule, lawyers can apply for pro hac admission in connection with a specific proceeding — the phrase means “for this occasion only” — if they’re members in good standing of their own local bar, if they agree to work through “local counsel” (someone who is licensed in the forum jurisdiction), and with the permission of the court. However, attorneys admitted pro hac become subject to the ethics rules of the forum jurisdiction, as Judge Cannon rather sternly noted up front in a Wednesday order:

PAPERLESS ORDER granting . . . the Motions to Appear Pro Hac Vice, Consents to Designation, and Requests to Electronically Receive Notices of Electronic Filing for Attorneys James M. Trusty and M. Evan Corcoran. The Court reserves the power to withdraw permission for special appearance at any time. Failure to abide by any court order or failure to appear at any scheduled matter may result in immediate revocation of counsels’ pro hac vice status. Local counsel must be ready to adequately represent the party at any time. Signed by Judge Aileen M. Cannon on 8/24/2022.

Trusty and Corcoran are joined by attorney Lindsey Halligan of Fort Lauderdale, Florida, as local counsel.

Both men’s initial pro hac applications on Mon., Aug. 22 were flagged as deficient by the court clerk; the judge then summarily denied the applications because the documents were not filed correctly.

A clerk’s notice filed late on Monday in direct response to the initial pro hac vice motions suggested the deficiency had to do with a “[t]ranslation not provided for documents written in foreign language.” The federal docket, on the other hand, explains: “Document(s) were filed conventionally that should have been filed electronically.”

“Local counsel is instructed to refile the motions in strict accordance with Local Rule 4(b) of the Rules Governing the Admission, Practice, Peer Review, and Discipline of Attorneys,” Judge Cannon wrote on Tues., Aug. 23 while providing an example of how the process is expected to occur.

Subsequent motions to appear were then filed by both Trusty and Corcoran on Aug. 23.

A second notice of deficiency was entered by the court clerk on Aug. 23 as to those subsequent motions. The same rationale for the deficiency — that the documents were filed “conventionally” — was again cited this time around.

This time, the judge went forward without a third spate of filings.

The pro hac filing fee is $200 (or $400 in total, since two attorneys have requested admission). However, the same receipt number is noted under both sets of pro hac filings, suggesting that the men filed twice but were not double billed.

The trio of Trump attorneys on Monday filed a motion to challenge parts of the Mar-a-Lago warrant that resulted in the seizure of hundreds of pages of documents — many of them marked with the nation’s highest degree of classification. The document does not directly seek to quash the warrant itself, Law&Crime has noted from the inception of the case.

Judge Cannon has asked Trump’s lawyers to explain several questions before she moves forward with the matter, including questions about whether she has the jurisdiction to hear the claims.