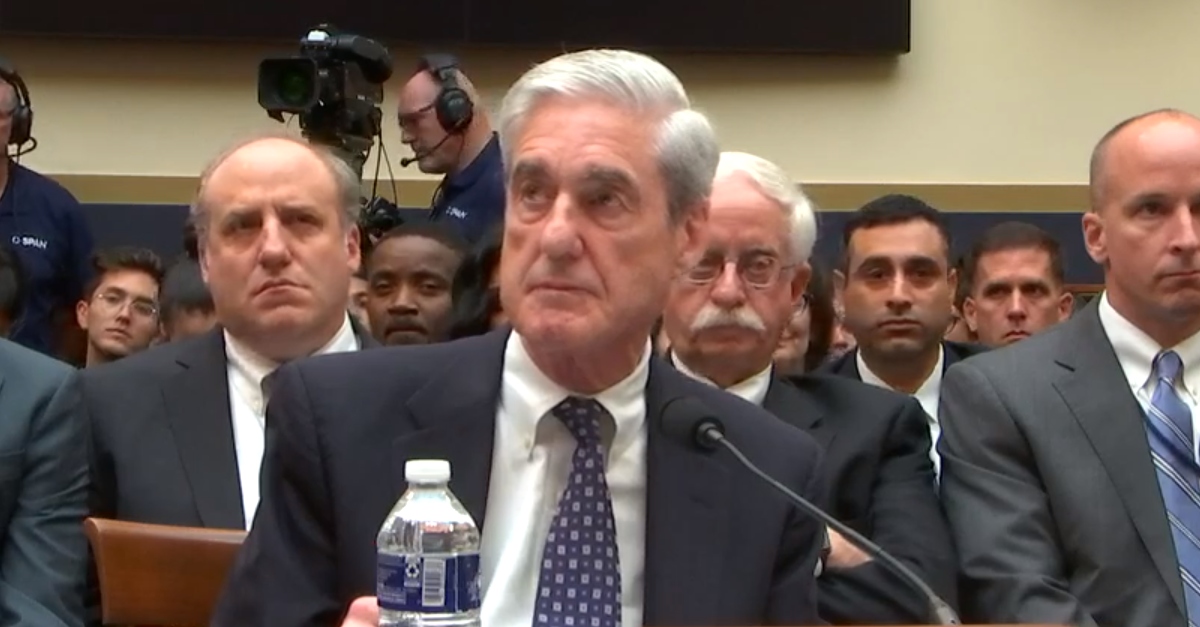 The U.S. Supreme Court on Wednesday granted the Department of Justice’s request for a stay of a lower court’s mandate, meaning that former special counsel Robert Mueller’s grand jury materials will not be heading to the House Judiciary Committee—for now.

The order of the Court:

In March, the U.S. Court of Appeals for the District of Columbia Circuit ruled that the DOJ must release documents long desired by House Democrats, whose lawyers have time and again raised the prospect of impeaching President Donald Trump for a second time. U.S. Circuit Judge Judith Rogers authored the decision—which was joined by retiring Circuit Judge Thomas Griffith. Trump-appointed Circuit Judge Neomi Rao authored the dissent.

In April, the DOJ asked the D.C. Circuit to stay the mandate for a “reasonable time to permit the Solicitor General to apply for a stay from the Supreme Court.” On May 1, the D.C. Circuit denied the request to stay the mandate, saying it would go into effect in 10 days. From there, the DOJ asked for and received the assistance or the Supreme Court.

Lawyers for the House Judiciary Committee shot back on May 18, arguing that it was actually they who would be the ones irreparably and gravely harmed by “each additional day the district court’s order is prevented from going into effect.” Why? Because the “Committee is being deprived of the information it needs to exercise its weighty constitutional responsibility,” namely the consideration of a second impeachment.

The latest order means the Mueller’s grand jury materials will remain under lock and key for the foreseeable future. A petition for writ of certiorari will presumably be filed by the June 1 deadline. If and when SCOTUS grants that petition, the stay of the mandate could only be lifted by the ensuing judgment of the high court.