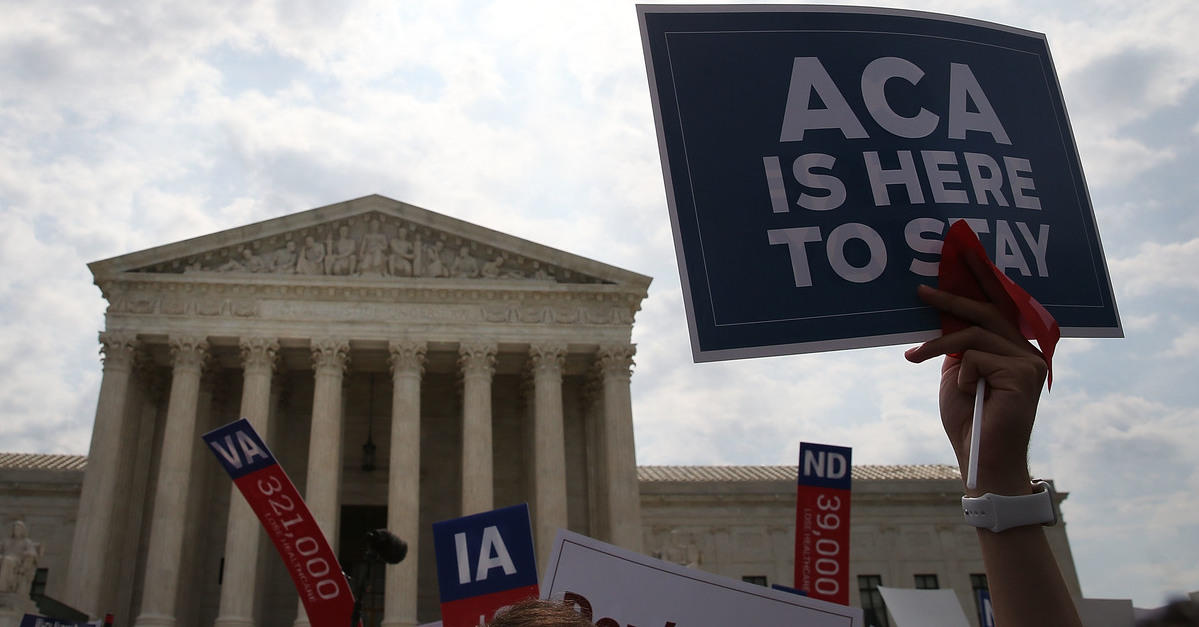 The U.S. Supreme Court on Wednesday released the calendar for October Term 2020, revealing when the high court will hear oral arguments in the Trump administration’s bid to eliminate Obamacare.

The calendar, pictured below, shows that there will be 1 hour for oral arguments in the consolidated cases California v. Texas and Texas v. California on Nov. 10, which is exactly one week after the 2020 election. 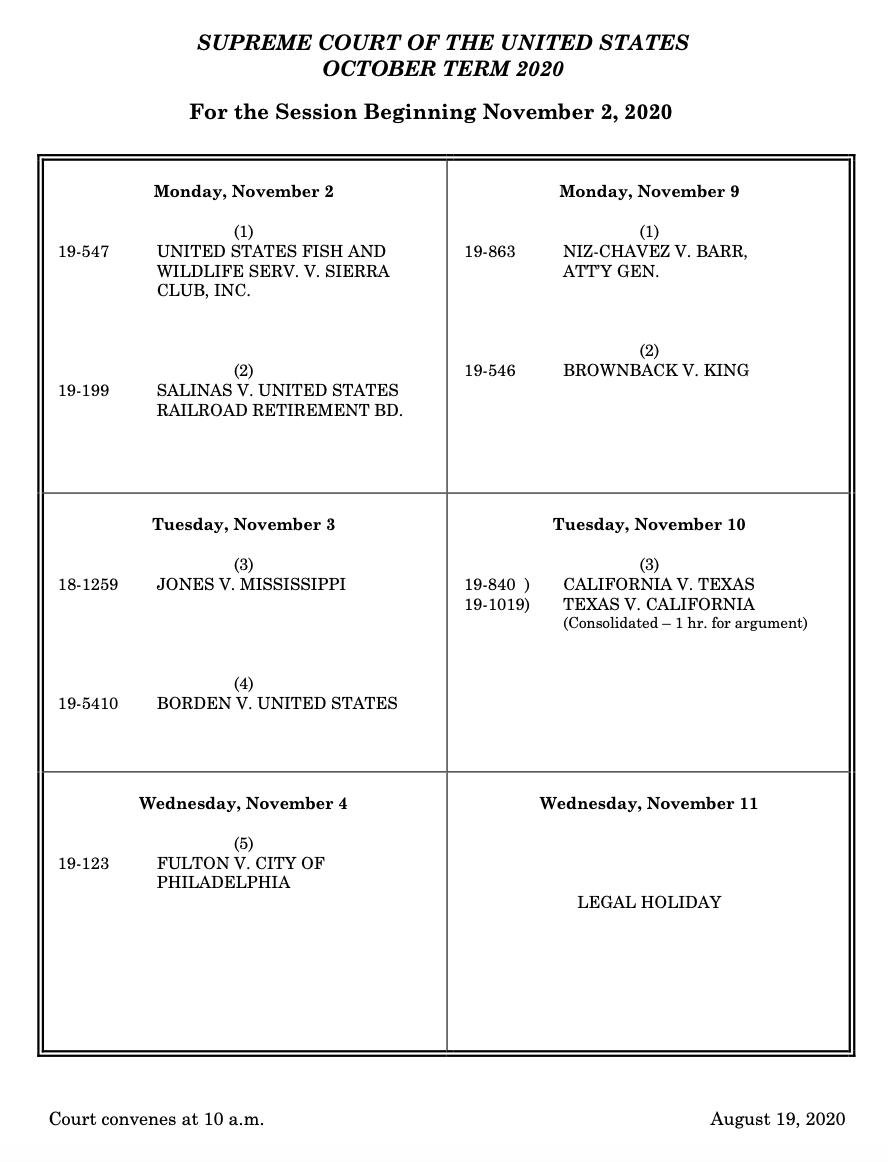 The Trump administration previously asked the U.S. Supreme Court to completely invalidate the Affordable Care Act (ACA). In an 82-page brief, the Justice Department argued that because the law’s individual mandate was ruled unconstitutional the “entire ACA must fall.”

RELATED: Justice Kavanaugh May Have Tipped SCOTUS’s Hand on Obamacare Decision Through … a Robocall Case

Francisco noted that the high court only upheld the ACA by reasoning that the mandate effectively acted as a tax, concluding that the court’s previous holding no longer justified upholding the law “as merely a predicate for tax liability.”

The Trump administration’s push to end Obamacare amid the coronavirus pandemic was supposedly a bridge too far for Attorney General Bill Barr, who reportedly advised a different course of action ahead of election season. President Donald Trump, for his part, was clear about his administration’s goals: “We want to terminate health care under Obamacare.”

Democrats and Republicans can probably agree on one thing: Obamacare is on the ballot this year.

Health care is on the ballot this election.

Despite the pandemic, Donald Trump and Republicans — with the "tacit support" of @senmcsallyaz — are pushing ahead with their lawsuit to dismantle pre-existing condition coverage protections.
https://t.co/wP4NeUr6mj #azsen https://t.co/m5mi1o84ao