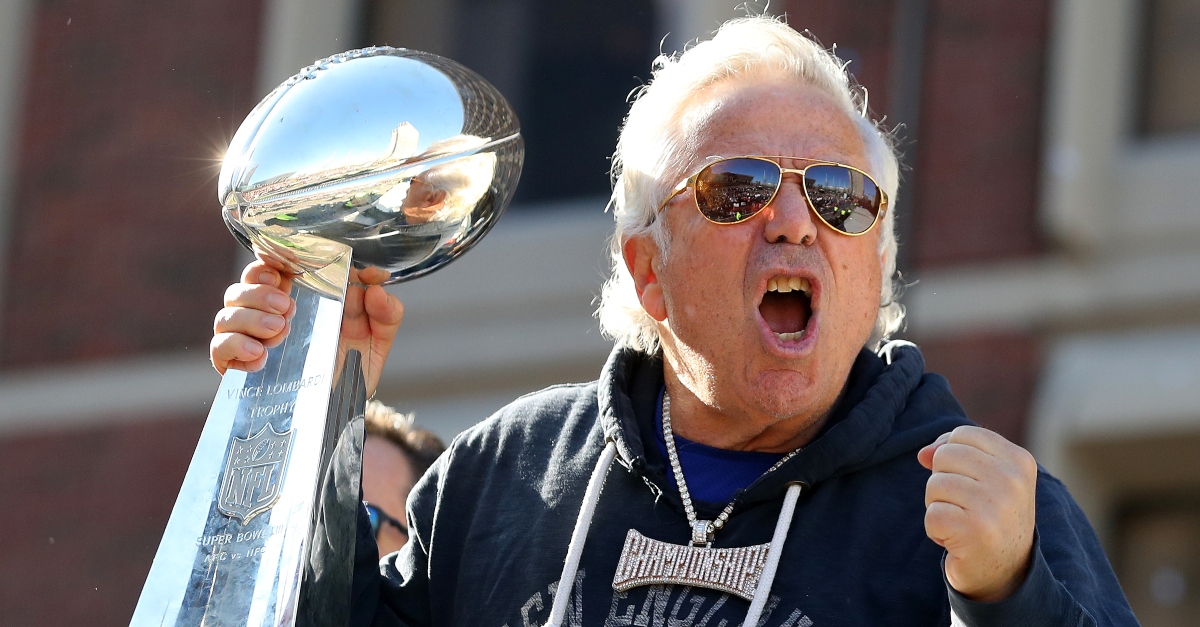 An appeals court in Florida just upheld a lower court ruling, benefiting New England Patriots owner Robert Kraft and other defendants in a wide-reaching prostitution case. Prosecutors cannot use surveillance footage purportedly showing sex acts at the Orchids of Asia Day Spa in Jupiter and the East Sea Spa in the city of Sebastian, ruled the District Court of Appeal of the State of Florida, Fourth District.

The court wrote that law enforcement failed to engage in minimization efforts after installing hidden cameras in the facilities. Accordingly, innocent people were recorded receiving lawful messages. This included two female customers at Orchids, the court wrote. Women were not suspected of soliciting prostitution. Customers at the businesses were overwhelmingly men.

For example, in the East Sea Spa case, law enforcement installed hidden cameras, but detectives learned after installation that they could not entirely control the video feeds: They could only record one of the feeds going into the massage rooms, all four at same time, or none at all. What happened was that four female customers were recorded getting messages, the court wrote.

The long and short of it is that authorities cast their net too wide in seeking evidence and recorded innocent people. Thus, the only constitutional remedy was to disallow all of the unconstitutionally recorded footage. Again, from the opinion:

The trial courts did not err in determining that the minimization requirements were ignored, as opposed to merely being unmet despite efforts to satisfy them. As previously discussed, the agencies failed to take the most basic and reasonable step of minimization by not monitoring or recording the unsuspected female clients. We ascribe no ill motives to the procedural decisions made by the law enforcement agencies involved. But at best, each department was lulled into a zone of complacency where complacency cannot exist.