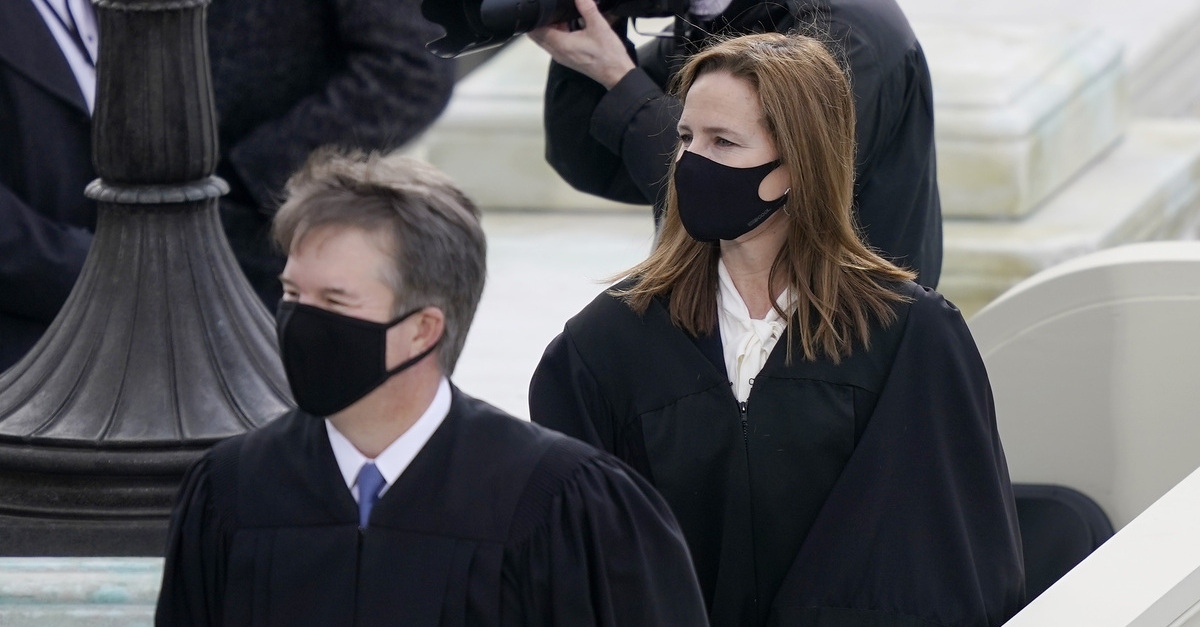 Alabama is changing its lethal injection protocol and will now allow an inmate to have a spiritual advisor in the execution chamber when he or she dies. The state filed pleadings Thursday in the case of death-row inmate Willie B. Smith III. As Alabama explained:

At the time of the complaint, this was Defendant’s position, based upon security concerns. In light of the Supreme Court’s decision in this matter, however, Defendant is in the process of amending the ADOC’s lethal injection protocol to permit a condemned inmate to have his spiritual advisor in the execution chamber.

The change comes just weeks after the U.S. Supreme Court handed down a shadow docket ruling in Smith’s favor; the Court’s order canceled Smith’s execution on the grounds that Alabama’s refusal to allow a spiritual advisor in the execution chamber was a violation of Smith’s religious rights.

When the ruling was issued, Justice Elena Kagan penned a short concurrence saying, “Alabama has not carried its burden of showing that the exclusion of all clergy members from the execution chamber is necessary to ensure prison security. So the State cannot now execute Smith without his pastor present, to ease what Smith calls the ‘transition between the worlds of the living and the dead.’”

The breakdown of the Court’s ruling included both questions and surprises. Seven of the nine justices disclosed their votes.  Justices Elena Kagan, Stephen Breyer, Sonia Sotomayor and Amy Coney Barrett voted to stay Smith’s execution. Chief Justice John Roberts and Justices Brett Kavanaugh and Clarence Thomas dissented. Justices Samuel Alito and Neil Gorsuch were silent, which means at least one of them, but perhaps both, sided with the Court’s majority.

None of the Barrett/Gorusch/Alito trio could reasonably be considered a swing vote; therefore, their joining with the Court’s liberal wing on a death penalty case was anything but predictable. Controversially-confirmed conservative heroine Barrett would have been a far likelier fourth in a Roberts-Kavanaugh-Thomas dissent. Furthermore, Smith’s appeal came as part of a string of federal executions following the Trump administration’s end of the moratorium on federal executions, in which votes fell largely along predictable liberal/conservative lines. However, the case involves the exercise of religion, and both Barrett and Kavanaugh have long prioritized religious freedom over competing rights.

In her scathing dissent in the death-penalty appeal of Dustin Higgs, Justice Sotomayor intoned the names of those executed by the federal government as Donald Trump spent his final days in office:

It is the advice of Justice Kavanaugh, though, that the Yellowhammer State seems to have heeded. In his dissent in the Smith case, Kavanaugh advised, “it seems apparent that States that want to avoid months or years of litigation delays because of this [legal issue] should figure out a way to allow spiritual advisors into the execution room, as other States and the Federal Government have done. Doing so not only would satisfy inmates’ requests, but also would avoid still further delays and bring long overdue closure for victims’ families.”

The Alabama Attorney General’s office did not immediately respond to request for comment.