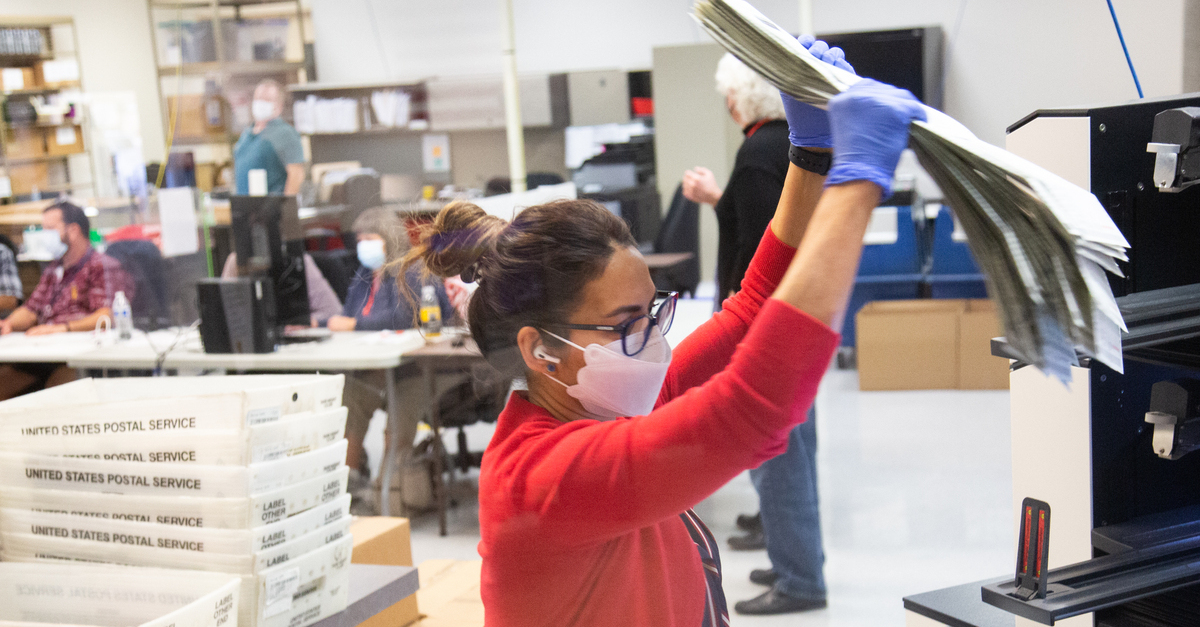 A bill introduced by the Arizona GOP would effectively allow Republican elected officials to overturn the will of the voters in presidential elections by giving the GOP-controlled state legislature veto power over the certification of presidential electors.

The effort is not some piece of fringe legislation meant to provide grist for the conservative media mill or simply to raise funds. Rather, it is supported by one of the Grand Canyon State’s top Republicans.

State Rep. Shawnna Bolick, who represents Phoenix as the GOP chair of the House Ways and Means Committee, originally introduced the anti-democratic measure in late January—tapping into a wellspring of GOP thought on the would-be authority of such legislatures to make such choices after former president Donald Trump and some of his allies engaged in months-long efforts to question, dispute and overturn the results of the 2020 election, and occasionally making the precise argument that state legislatures have the power to overturn the voters’ preferences.

House Bill 2720 aims to codify that theory of power. The bill would allow state legislators, by a majority vote, to select the Electoral College electors of their choice regardless of the state’s popular vote.

The bill would also change state election law to allow for contesting the appointment of presidential electors by any voter in the state. Current law generally allows such contests for any elected official—including political party leadership positions—but does not specify that members of the Electoral College can be challenged. The new law makes that clear.

Bolick was open about the headline provision aimed at putting a kibosh on democracy.

“This bill would give the Arizona Legislature back the power it delegated to certify the electors,” she said in a press release. “It is a good, democratic check and balance.”

“The GOP tried desperately in 2020 to overturn a free and fair election, with 147 members of Congress attempting to disenfranchise millions of Americans,” Vanity Fair legal writer Michael Calderone noted via Twitter. “By 2024, you could have a GOP-led state legislature with the power to simply dismiss the will of its voters.”

Arizona Democrats have railed against the potentially seismic shift in the state’s small-d democratic prospects.

“It is a punch in the face to voters,” Secretary of State Katie Hobbs (D) said after the bill was introduced.”These folks that are trying to legislate based on disinformation, they are insulting the same voters who sent them into office.”

Rep. Ruben Gallego, a progressive member of the U.S. House of Representatives who is rumored to be considering a primary challenge to centrist Democratic Sen. Kyrsten Sinema, said he would personally raise funds to overturn the law by plebiscite should the GOP majority in the state house actually pass HB 2720.

“Referendums are expensive but I will raise the money to kill this Democracy killing bill,” he tweeted. “Follow this bill if it passes we will have 90 days after it is signed into law to collect the necessary signatures to get it on the ballot and then defeat it.”