Attorneys for Texas Cop Indicted on Second Murder Charge Slam DA for ‘Waging A War on Police Officers,’ Say Client ‘Will Be Exonerated’ 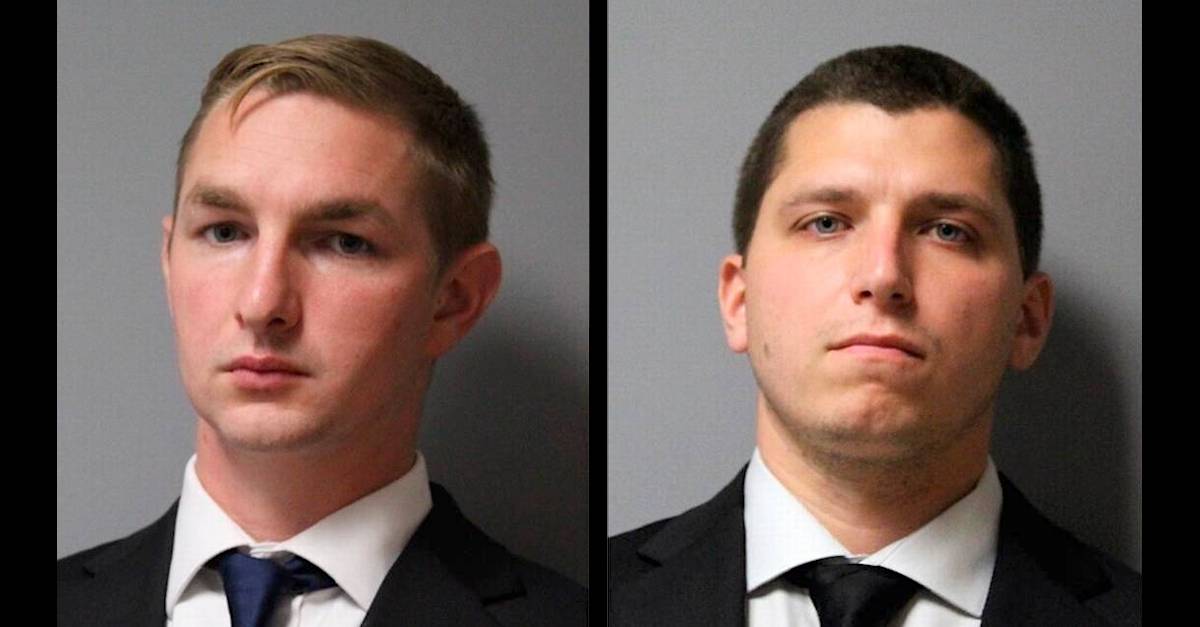 Two Austin, Texas police officers have been indicted on murder charges, Travis County court records indicate.  Christopher Taylor and Karl Krycia were indicted Thursday; a warrant was returned as executed against the men on Friday, those records indicate.

The charges are connected to the on-duty shooting of scientist Dr. Mauris de Silva.  Neighbors in a downtown condominium called 911 on July 31, 2019 to report that de Silva was holding a knife to his neck during what ABC News referred to as a “psychotic break.”  When Taylor, Krycia, and another police officer arrived, they told de Silva to put down the knife; he “lowered the knife to his side” but “advanced toward the officers,” ABC News said.  Taylor and Krycia fired their guns; the third officer deployed a stun gun.

Austin FOX affiliate KTBC reported that both officers are charged with first-degree murder and third-degree felony deadly conduct and were ordered to “surrender all firearms, including APD-issued firearms” as a condition of a $100,000 bail.  Both are also “prohibited from working with law enforcement or security companies in a capacity that requires them to possess a gun,” the television station said.

The men are on leave from their police jobs, ABC News noted.  The Austin American-Statesman said the men turned themselves in at the Travis County Jail but were released on bond.

“Taylor remains on leave without pay in connection with the Ramos case, and Krycia was placed on paid administrative duty this week,” the newspaper continued.

The DA’s office heralded the indictments in a press release obtained by Austin NPR affiliate KUT-FM.

“Our system depends on trust in the process” said Dexter Gilford, the person in charge of the Civil Rights Unit at the Travis County District Attorney’s Office. “We trust the grand jurors took seriously their commitment to consider the cases before them, and, in this instance, to return indictments. We know these decisions are not easy, and we appreciate the time and concern they put into this case.”

The indictment in de Silva’s death is the second murder indictment for Taylor.  That officer is also charged in the subsequent April 2020 shooting of Michael Ramos.  According to multiple reports, Ramos died while trying to flee from a scene where officers were called to investigate a group of people who were allegedly doing drugs in a car.  One of the men in the car was said to have been armed.  Ramos exited the car with his hands up and raised his shirt to show that he didn’t have a weapon.  One officer fired a bean bag, so Ramos got back into the car and tried to take off.  Taylor fired a rifle and killed Ramos. 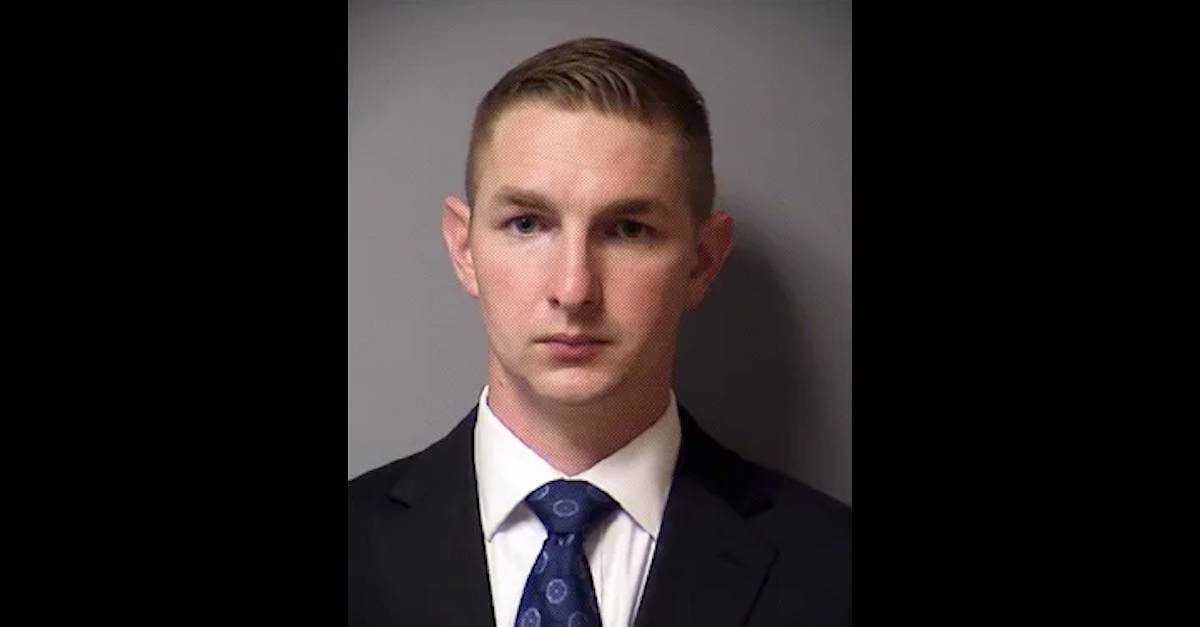 Police officer Christopher Taylor appears in a mugshot released by the City of Austin after his indictment in the police shooting death of Michael Ramos.

The Austin Police Department reacted to the indictments in de Silva’s death as follows:

To protect the integrity of the criminal proceedings in this matter, APD has delayed reaching any conclusion in its administrative review of the Officers’ actions.

APD respects the role the Grand Jury holds in the criminal justice process and will continue to cooperate with the District Attorney’s Office on this case. As with anyone charged with an offense, these officers are presumed innocent unless found guilty through the criminal process. In respect of their right to a fair trial, we will not be commenting further.

Lawyers Ken Ervin and Doug O’Connell, both of whom are representing Taylor, responded to the indictment by taking aim at the agenda of Travis County District Attorney Jose Garza.  The Austin American-Statesman noted that Garza ran for office in the wake of the Ramos shooting on a platform of police accountability.  Garza was elected on that platform to the apparent irritation of Taylor’s defense attorneys:

Officer Taylor responded to a 911 call of a man armed with a knife inside a residential condominium. Officer Taylor took an elevator to the appropriate floor and, after the elevator doors opened, the man approached Officer Taylor still armed with the knife. The man refused to drop the knife as instructed. He advanced to within three to four feet of Officer Taylor before Officer Taylor had no choice but to use deadly force to protect himself. What happened was undoubtedly tragic, particularly if it is true the man was experiencing a psychiatric episode, but in no way was this murder.

We have spoken with Dr. Howard Williams, a use of force expert consulted by the DA’s Office in this case and several other police officer cases. We know Dr. Williams advised the DA’s office that Officer Taylor’s use of deadly force was appropriate and legally justified. We also know DA Garza did not let Dr. Williams testify for the grand jury. We believe this to be a continuation of DA Garza’s pattern of controlling what the grand jury sees and excluding certain evidence not calculated to produce an indictment.

Until now we have refrained from accusing District Attorney Jose Garza of waging a war on police officers. After today’s two new murder indictments, we do not know how else to characterize what he is doing.

Officer Taylor will be exonerated by a jury.

Austin Police Association President Ken Casaday appeared with Ervin and O’Connell at a press conference covered by KXAN.  Despite the police department’s official measured approach, Casaday backed up the defense attorneys’ slams on the DA’s office.

“Again, this is another political prosecution by DA Garza, and it’s not going to be tolerated,” Casaday reportedly said.

The DA’s office refuted those slams in a subsequent statement:

The allegations that DA Garza, or anyone acting in his capacity, would not let Dr. Williams testify are false. The State presented a thorough and balanced grand jury presentation consistent with its obligations under article 2.01 of the Code of Criminal Procedure. Due to grand jury secrecy laws, we are prevented from disclosing information about the grand jury’s proceedings.

An attorney for de Silva’s family told KXAN that the indictments were “a step toward justice.”  That attorney continued:

The tragic loss of their beloved son weighs on their hearts and their grief will last forever. Officer Taylor has now been indicted twice for murder. If the City of Austin had better trained police officers to handle mental health episodes, Dr. Desilva would be alive today. The City of Austin must be held accountable for their long history of failures in responding to mental health crises.

The de Silva family has an outstanding civil rights lawsuit filed over the fatal shooting.

[images via the City of Austin, Texas]