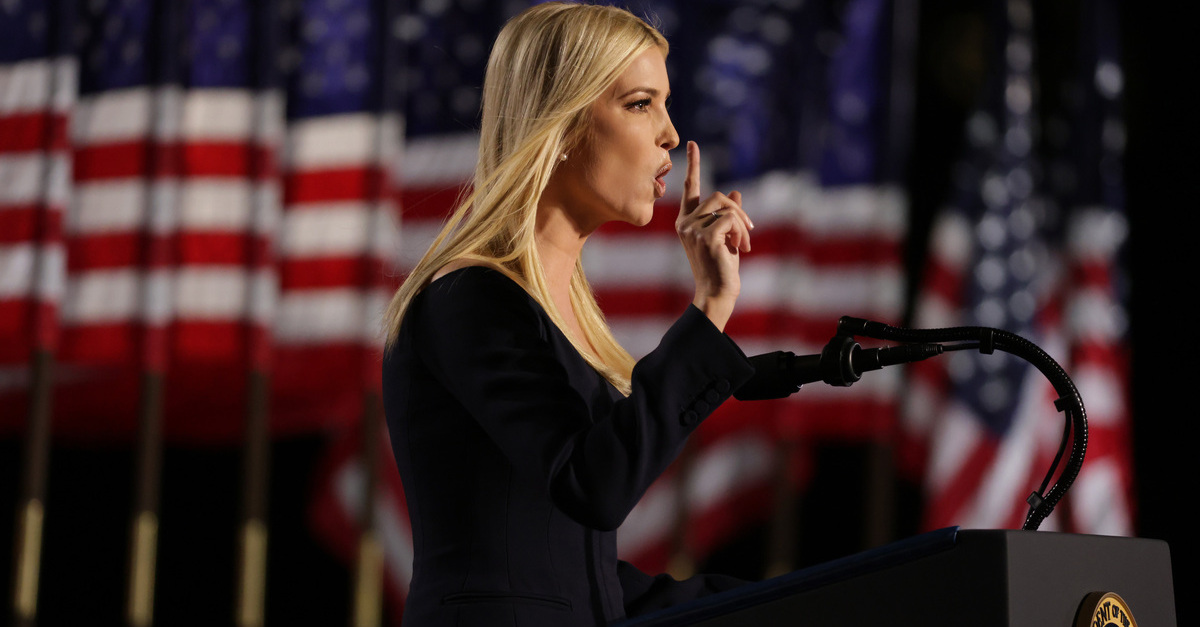 First Daughter Ivanka Trump isn’t usually known for self-sabotage of this kind via social media, but the times appear to be a-changing. FDOTUS tweeted Thursday night, railing against pending criminal and civil investigations that were reported on by the New York Times.

This is harassment pure and simple. This ‘inquiry’ by NYC democrats is 100% motivated by politics, publicity and rage. They know very well that there’s nothing here and that there was no tax benefit whatsoever. These politicians are simply ruthless.https://t.co/4dQoDzQlRX

This fishing expedition is very clearly part of a continued political vendetta https://t.co/Gw0IKOWdeQ

“This is harassment pure and simple,” she tweeted. “This ‘inquiry’ by NYC democrats is 100% motivated by politics, publicity and rage. They know very well that there’s nothing here and that there was no tax benefit whatsoever. These politicians are simply ruthless.”

While the cries of unfair harassment and politically-motivated investigations are nothing new from the Trump family, the statement, “there was no tax benefit whatsoever” is a head-scratcher. In essence, Ivanka reveals a defense strategy with those utterly unnecessary six words; when there’s a pending investigation or prosecution, public statements about the substance of the case are about as ill-advised as it gets.

The “harassment” Ivanka referenced is actually two separate New York State fraud investigations (one civil, one criminal) into President Donald Trump and his businesses. Specifically at issue are hefty consulting fees, some of which were reportedly collected by Ivanka Trump. The investigations conducted by Manhattan District Attorney Cy Vance and New York Attorney General Letitia James, both Democrats, have been going on for a while; recently, however, new subpoenas were reportedly served on the Trump Organization for records specifically relating to the questionable consulting fees.

New York’s inquiries follow, in part, from recent Times reporting on Donald Trump’s only paying $750 in federal income tax in 2017.

This could be a problem, as Ms. Trump was an executive officer both of the company making the payment and the company doing the consulting. When a key person is on both sides of such a transaction, tax deductions could be illegal if the payments were inflated. However, at this point, it’s premature to speculate on the strength of any particular allegation–or even the existence of any allegation against Ivanka as an individual.

That’s why it’s so odd that the First Daughter opted to comment so specifically and so publicly. Statements calling the probes a politically motivated witch hunt orchestrated by angry and vicious Democrats who are out on an endless fishing expedition essentially mirror the harassment arguments Ivanka’s father has made for some time in opposition to the Manhattan DA’s investigation.

But without knowing what, if any, charges might be levied against her, jumping into the specific reasons why a particular deduction was legal makes no sense—particularly when such statements are made by a non-tax lawyer.

Furthermore, the substance of Ivanka’s statement–that “there was no tax benefit whatsoever”–is bizarre in its own right. If the Trump Organization appropriately and legally deducted reasonable consulting fees paid to Ivanka, that deduction would indeed be a tax benefit. That’s the entire point of any tax deduction–to create a tax benefit.

As a result, Ivanka’s protestations make little sense. Is she suggesting the questioned deductions were never actually made? That she herself didn’t receive any tax benefit? That the payments were reasonable and therefore legal? Who knows. What is clear is that Ivanka just made some defense lawyer’s job a little harder.

Now, if or when the case comes before whatever tribunal for which it is destined, someone will have the lamentable task of explaining why Ivanka’s statement does not constitute some sort of admission. Although Ivanka’s tweet denies wrongdoing, it does so by delving into the mechanics of tax law–denying the receipt of a benefit, as opposed to receiving a payment in the first place. Given that there aren’t even any pending charges against Ms. Trump (yet?), commenting in any way about the underlying facts of a potential criminal investigation is unwise to the extreme.

And let’s take a minute to point out what’s obvious to many: there may well come a time when Ivanka’s legal interests and her father’s legal interests diverge. Questionable tax choices made by Donald Trump constitute just such an opportunity. It’s early days for Ivanka to align her defense strategy with that of her father. Rather than jumping in to defend her dad’s every tax move, it would have made far more sense for Ms. Trump to say nothing at all.