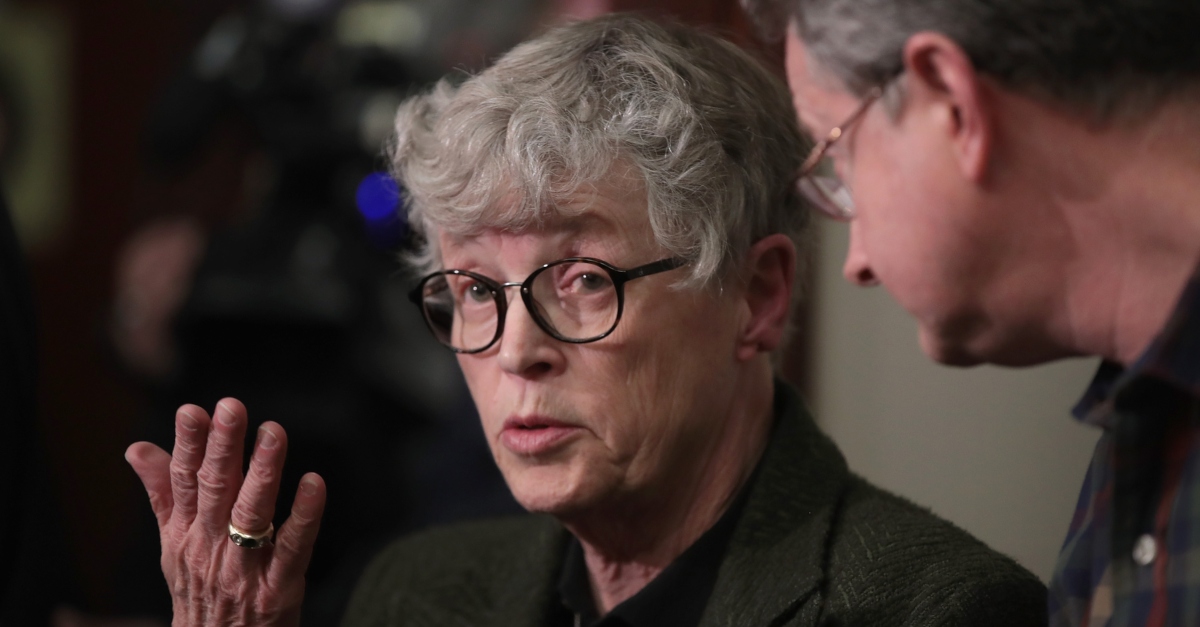 Simon and prosecutors sparred over whether there was enough evidence, and Judge Julie Reincke determined that there was probable cause to find that “these crimes have been committed” and that Simon committed them.

“Considering all of these elements in the light most favorable to the prosecution, I do find probable cause that defendant committed the offenses as charged,” the judge wrote. “It is not my role to decide whether there is proof of guilty beyond a reasonable doubt or to comment o the fairness of this brief question and reposes being treated as four separate acts.”

The charges stemmed from a 2014 complaint by medical student Amanda Thomashow. She filed a Title IX complaint saying that Nassar, then a doctor for MSU and USA Gymnastics, sexually abused her during what was supposed to be a medical procedure for hip pain. Simon actually discussed the allegation in 2014, police said.

“Defendant is bound over to Eaton County Circuit Court on the offenses as charged,” the judge continued, setting a status conference for Dec. 20 and an arraignment “unless waived” for Dec. 12.

In reaching her conclusion, Judge Reincke engaged in a six-part analysis: 1) there was no doubt detectives were investigating a criminal offense; 2) Simon “knowingly and willfully” made a statement to authorities she “knew was false or misleading”; 3)  Simon knew officers were conducting a criminal investigation; 4) evidence indicated that Thomashow’s allegation sparked “serious, very significant concern” that Simon was looped in on and would not merely forget about; 5) there’s probable cause to believe Simon “concealed the information voluntarily and intentionally with the intent to deceive and not by mistake” (“I was aware that in 2014 there was a sports medicine doc who was subject to a review. But I was not aware of any of the substance of that review. The nature of the complaint, that was all learned in ’16,” Simon allegedly said); 6) Simon allegedly concealed information that was “material” to the criminal investigation — “information that a reasonable person would use to decide whether to do or not do something.”

Thomashow was one of 156 women who spoke or were represented at Nassar’s sentencing hearing for sexual assault in Ingham County in January 2018. The disgraced USA gymnastics/MSU doctor was also sentenced in Eaton County in a similar case, and in federal court for possessing child pornography.

“The investigation done by MSU was brief and sloppy,” Thomashow said. “It left me feeling disposable and worthless.”