Witness Testifies That Man Kyle Rittenhouse Shot Said ‘If I Catch Any of You Guys Alone Tonight, I’m Going to F***ing Kill You’ 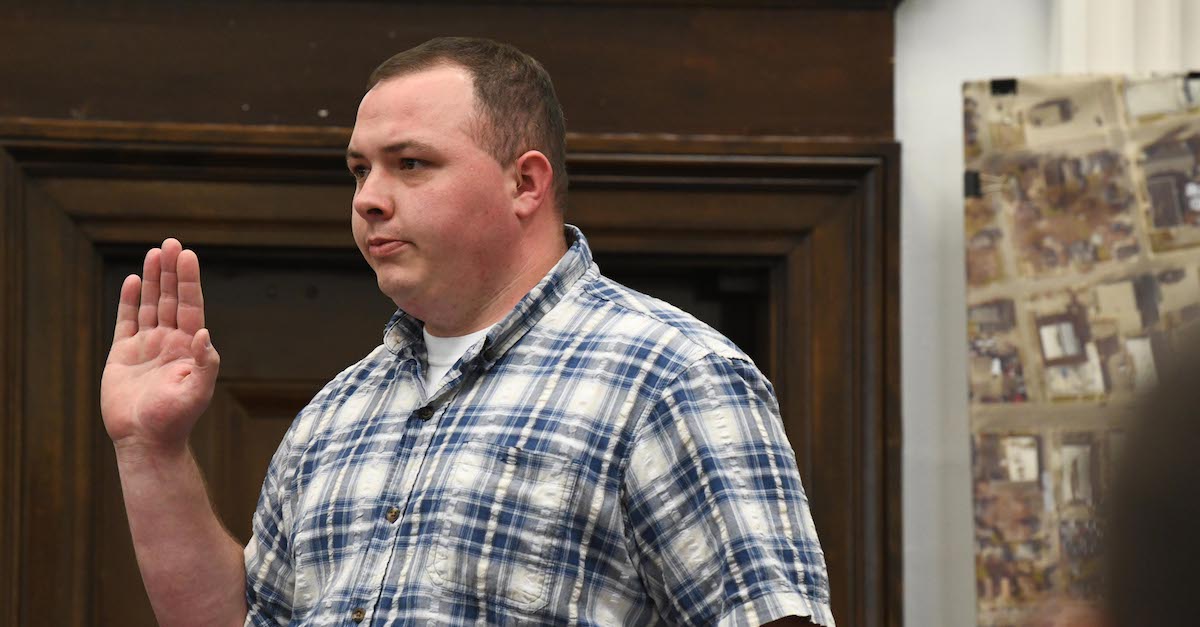 Ryan Balch takes an oath at the Kyle Rittenhouse trial on Nov. 4, 2021, in Kenosha, Wis.

A companion who was with Kenosha shooter Kyle Rittenhouse before Rittenhouse shot and killed two people and injured a third testified that Joseph Rosenbaum, the first person Rittenhouse killed, had threatened to kill him and the defendant.

Ryan Balch testified for the prosecution. He is an Army veteran and reportedly a self-described adherent of the “Boogaloo Bois,” a far-right movement that believes a second U.S. Civil War is on the horizon. The connection does not appear to have been discussed in court.

Balch “has used his social media accounts to link to a Nazi propaganda video, amplified white nationalist Richard Spencer, and uploaded symbols associated with the so-called boogaloo movement,” the Southern Poverty Law Center indicated. He also previously wrote an extensive Facebook post outlining his activities in Kenosha, which he described as a mission against “agitators who were dead set on destroying the town and causing serious bodily harm to innocents.” In that post, he claimed the Kenosha Police Department “made a conscious decision to abandon the people of Kenosha” and started “pushing the protesters towards us because we could deal with them.” He claimed he “Had a great conversation with BLM about the police creating the situation” before leaving the area.

Some of those writings were brought up during Balch’s testimony by lead prosecutor Thomas Binger.

Who Asked For Help?

Binger asked Balch why he and others with him took it upon themselves to patrol the streets.

“I understand no one wants windows broken out or fires started,” Binger said. “But what gave you the right to go around and police that area?”

“Well, there were members of the community who asked us to go help them,” Balch said.

Balch said “four protesters” who “came from” The Stella, a hotel in Kenosha, lodged the request.

“Were they employed by The Stella?” Binger asked.

Balch admitted he “didn’t know” anything else about what was going on.

“I would assume they weren’t affiliated with The Stella,” Balch eventually said. He admitted he was “making an assumption” with “less than perfect information.”

The topic came up again later during the testimony. Binger asked Balch whether he distinguished between protecting a car lot and being “free” to “confront people that you felt were doing things wrong.”

Balch said he didn’t make that distinction because his goal was to, in essence, roam the area and be at the ready in case someone asked for help. 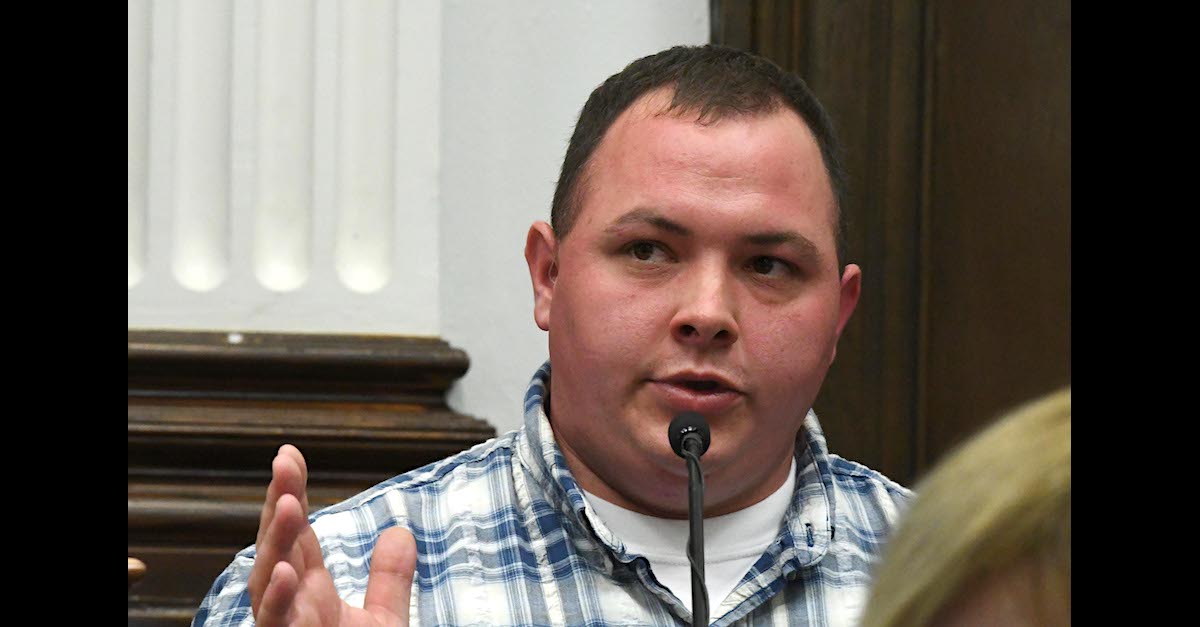 Ryan Balch testifies at the Kyle Rittenhouse trial on Nov. 4, 2021, in Kenosha, Wis.

During testimony about the interactions which led up to the shootings, Balch said a woman from the crowd yelled “fuck you” at Rittenhouse and his companions.

“I love you too, ma’am,” Balch claimed Rittenhouse replied.

After considerable testimony about other matters, Binger asked Balch if he had told Rittenhouse “to keep his mouth shut and not engage with people.”

Balch said several people needed such instructions; Rittenhouse was one of them — at least in part due to the “I love you too, ma’am” comment.

“It can cause somebody to escalate the situation if they feel like you’re making fun of them a little bit,” Balch testified when asked to explain. “It just wasn’t needed.”

Balch said Rosenbaum appeared to be different from the protesters who were out in Kenosha on Aug. 25, 2020.

“He was not organic with the protesters,” Balch said.

“Every time he was around the groups . . . they didn’t seem comfortable with his presence or the people that were with him,” Balch also said.

Balch agreed the two others “were in close proximity” to Rosenbaum “several times” and assumed the three were together.

“Getting Aggravated with Someone in the Crowd”

Balch said he first noticed Rosenbaum when other protesters attempted to separate Rosenbaum from the rest of the crowd. Rosenbaum was yelling “fuck you” to several others present.

The tall male who was with Rosenbaum carried a handgun with his finger on the trigger.

“You’re typically taught not to put your finger on the trigger unless you’re ready to shoot,” Balch said. “The way he was handling it, had anybody bumped into him, or him tripped and fell, he would have been sending a round off into who knows what. So, I just saw it as unsafe.”

“The potential for some sort of tragic accident?” Binger said.

“Correct,” Balch continued. “Or, he was prepared for something.”

Balch said the tall man never pointed the gun at anyone and never fired the gun.

“Every time I encountered Joseph Rosenbaum, he was hyper-aggressive and acting out in a violent manner,” Balch said. “He was always having to be restrained by someone.”

“The crowd was pretty good about getting in between him and whoever it was,” Balch said. “If he ever landed a blow, I didn’t see it, but he definitely wanted to.”

Balch, however, clarified that he saw Rosenbaum “attempt to” do some of the above. Binger tried to cabin that response but was criticized by the judge and by defense attorney Mark Richards.

Binger apologized for “jumping in too soon.”

Richards argued pre-trial that Rosenbaum’s status as a convicted sex offender was relevant to the defense’s case. 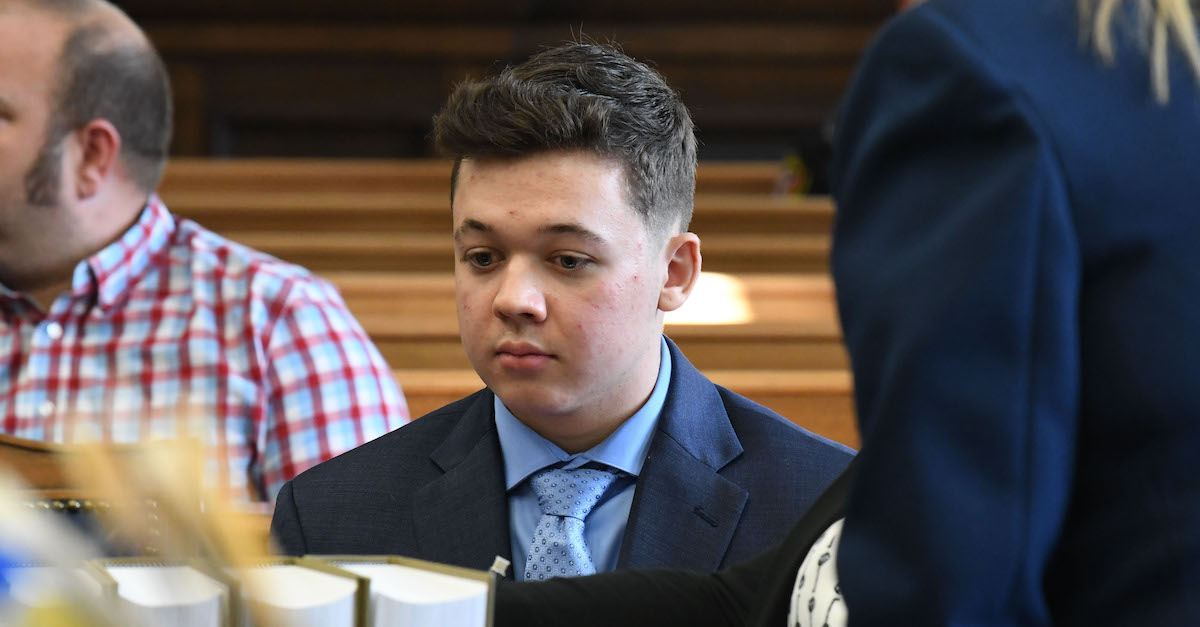 “He Threatened Me and the Defendant”

Balch said an individual who was with him stopped Rosenbaum from setting something on fire.

“Fuck around and find out,” that individual said in response to something Rosenbaum said, Balch recalled.

“I get what you’re trying to do, but not this,” Balch said he thereafter told another protester in a separate conversation.

Rosenbaum then entered that discussion, the witness explained.

“Rosenbaum was right there in front of my face yelling and screaming,” Balch testified. “And, I said, ‘dude, back up; just chill. I don’t know what your problem is.'”

Then came what Balch said was Rosenbaum’s threat to kill both him and Rittenhouse. Here’s the discussion from the courtroom:

BALCH:  He goes, “you know, if I catch any of you guys alone tonight, I’m going to fucking kill you.”

BINGER:  And he said that to you?

Did he say that to the defendant as well?

The defendant was there, so, yes.

As far as you could tell, the defendant was close enough to hear what Mr. Rosenbaum said?

Binger noted that Rosenbaum never reached for or touched Balch’s Glock handgun, his AR-15, or his body.

The prosecutor then asked Balch whether Rosenbaum was armed. Balch said Rosenbaum carried only a plastic bag. He said he assumed the bag was full of supplies to produce Molotov cocktails but eventually saw the bag up close and determined it contained soap.

“It didn’t appear to be any sort of lighter fluid or anything like that,” Balch said once he examined the item.

He said he tossed it back on the ground.

“Did you see anything in that bag that you would construe as harmful or dangerous?” Binger asked to attempt to correct Balch’s initial impressions.

“In fact, you felt safe enough to walk up to it, pick it up, and look at it, fair?” Binger said. 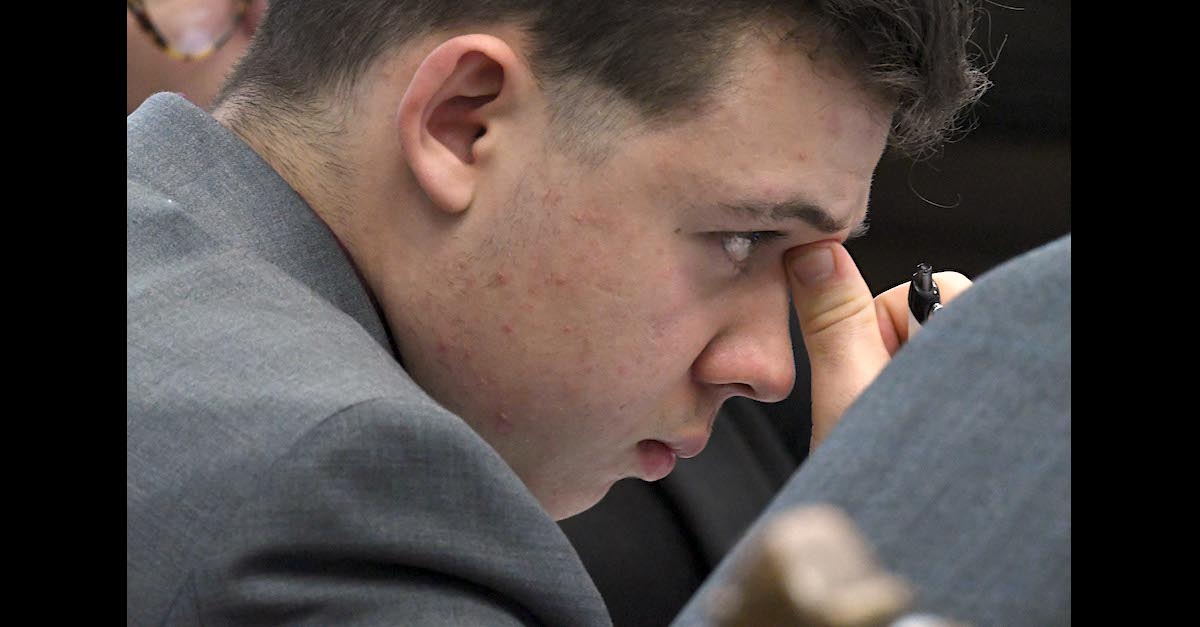 Kyle Rittenhouse sits in court and listens to testimony on Nov. 4, 2021.

The Unknown Man and Woman

Binger then returned to the man and woman Balch associated with Rosenbaum. Balch said he never ascertained who those individuals were.

Balch said the man “had a grin on his face the whole time, like he was kind of enjoying the violence and shenanigans that were going on.” But he added that the man never said anything to himself or to Rittenhouse; he said the same of the female. He also said neither was threatening toward himself or toward Rittenhouse.

He was in the middle of them trying to light things on fire, smashing anything he could; in general, he was just being aggressive to the other guys down at The Ultimate; the protesters were getting pretty upset with him being around; they were very quick to let us know throughout that night, ‘hey, that guy’s not with us; that guy’s not with us; don’t be mad at us.’  And . . . I already dealt with him before.  That was just the general vibe from him throughout the night.

Balch said Rosenbaum was part of a crew that attempted to light both road signs and dumpsters on fire. He said Rittenhouse may have seen those incidents.

Elsewhere, Balch said Rosenbaum was throwing rocks into the Car Source lot that several of Rittenhouse’s cohorts were allegedly guarding and other “buildings along the street.”

“He was having a pretty good time,” Balch said wryly.

He also said Rosenbaum’s aim was poor and therefore wasn’t much of a threat.

During other testimony, Balch said an AR-15-style weapon loaded with full metal jacket ammunition has a maximum effective range of 550 yards.

At one point, Binger suggested that Balch abandoned the purported duty of protecting Rittenhouse after leaving the car lot the group claimed to have organized to protect.

Balch said he was several blocks away when Rittenhouse shot and killed Rosenbaum.

After “livestreamers” showed Balch video of Rittenhouse being “struck on the head,” Balch testified that he lied and said he did not know who Rittenhouse was. Balch said he was worried about his safety. Binger noted that Balch still carried his own AR-15 and that one of his friends was both armed and nearby.

Balch said he also gave a false name, Thomas Craig, to others that night.

Binger said Balch never approached the police after the shooting.

On cross-examination by defense attorney Mark Richards, Balch said told the FBI he believed Rosenbaum’s bag contained an ammonia mixture and a small bottle of bleach.

Richards asked Balch to describe the man the woman who were purportedly with Rosenbaum; Balch gave basic descriptions of their clothing.  Richards showed Balch an image of the woman and the man; the man was carrying a handgun, Richards noted — and Balch agreed.

Richards asked Balch about the alleged murderous threat by Rosenbaum. Balch said he had “no doubt” about the comment.

Richards asked Balch what he meant by the phrase “extremely aggressive.” Balch replied that it included “lighting fires, getting in people’s faces.”

Binger asked Balch why he spoke with the FBI; the prosecutor then led the witness through a lengthy series of questions aimed at ascertaining his cooperativeness, trustworthiness, and the completeness of his statements to the feds. Balch heartily assured Binger that he was cooperative and honest with the FBI.

Binger noted that the statements to the FBI about Rosenbaum’s bag having allegedly contained chemicals for Molotov cocktails were not accurate.

“Nowhere in this statement to the FBI did you mention any tall guy with a scraggly beard or a shorter woman with colored hair, correct?” Binger queried.

On re-cross, Richards said the FBI was the one that prepared the notes — not Balch — and that the FBI wrote down what it thought was important. He suggested the notes do not guarantee completeness.